Did you know that today is World Rhinoceros Day? First designated in 2010 by the World Wildlife Foundation in South Africa to draw attention to the world’s five species of rhino (two native to Africa and three Asian species), this year there are a number of events around the world to celebrate rhinos and increase awareness of their plight.

When we visited South Africa, seeing a rhino was at the top of my wildlife watching list. I really didn’t expect to see any and was delighted to see a couple of white rhinos from a distance while on a game drive in Kruger National Park. 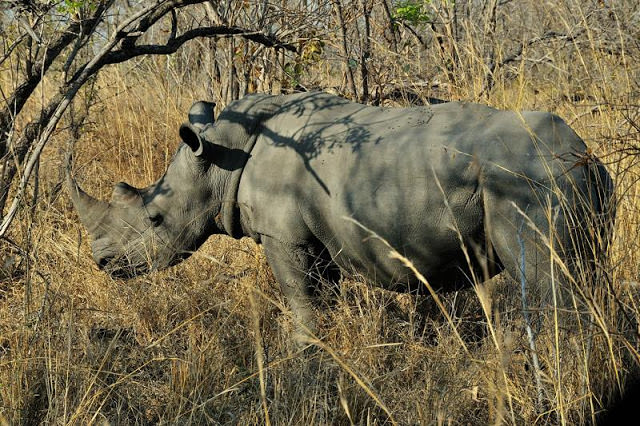 But that wasn’t the last of our white rhino sightings. Beginning in the 1960s, Hluhluwe-Umfolozi Reserve became a key center for re-establishing both black and white rhinos. Those programs have been largely successful (there are still very few black rhinos and we didn’t see any of them), as was obvious to us when we visited. It seemed as if there were white rhinos everywhere! 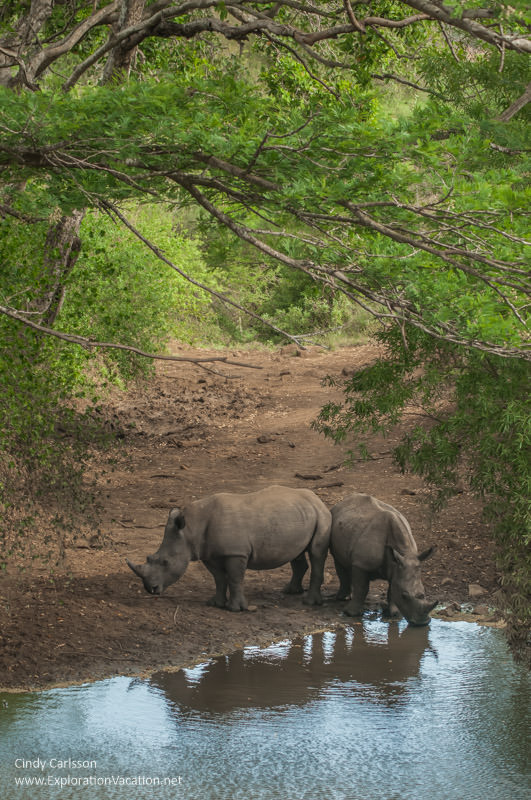 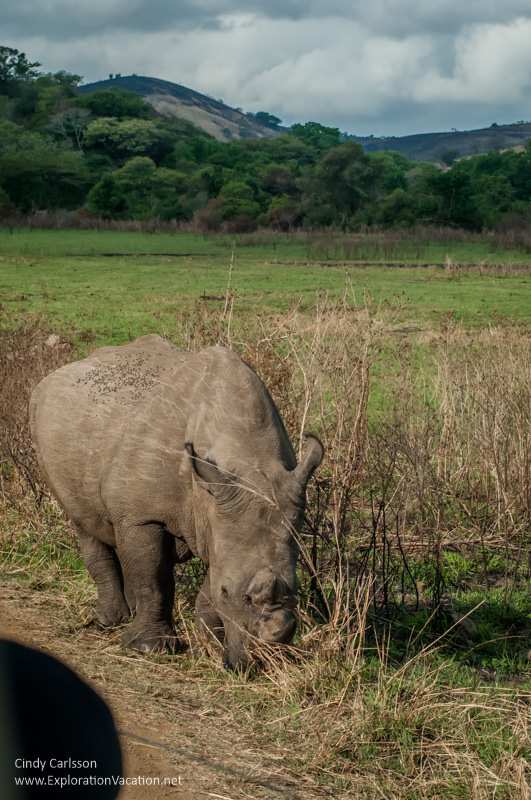 (Yes, that is the mirror of our safari vehicle in the corner. This rhino actually continued grazing right past our parked vehicle, all but brushing up against it.) 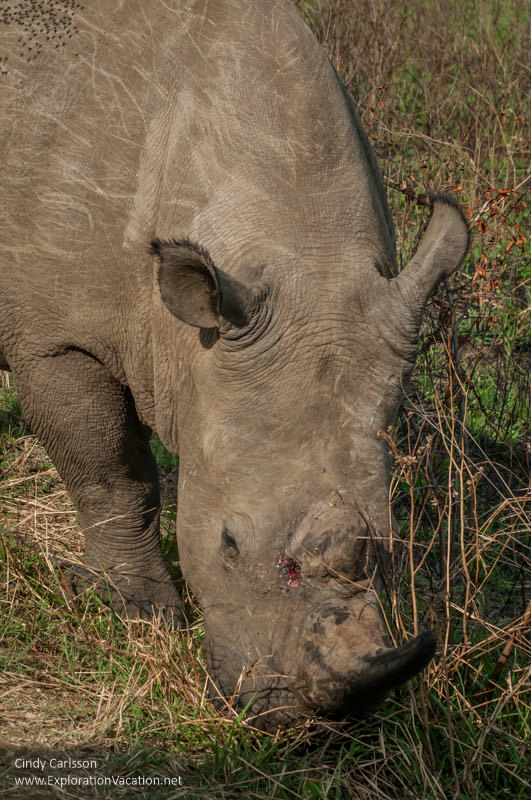 But our favorite rhino was the mother and baby that came through a meadow to cross the road behind us . . . 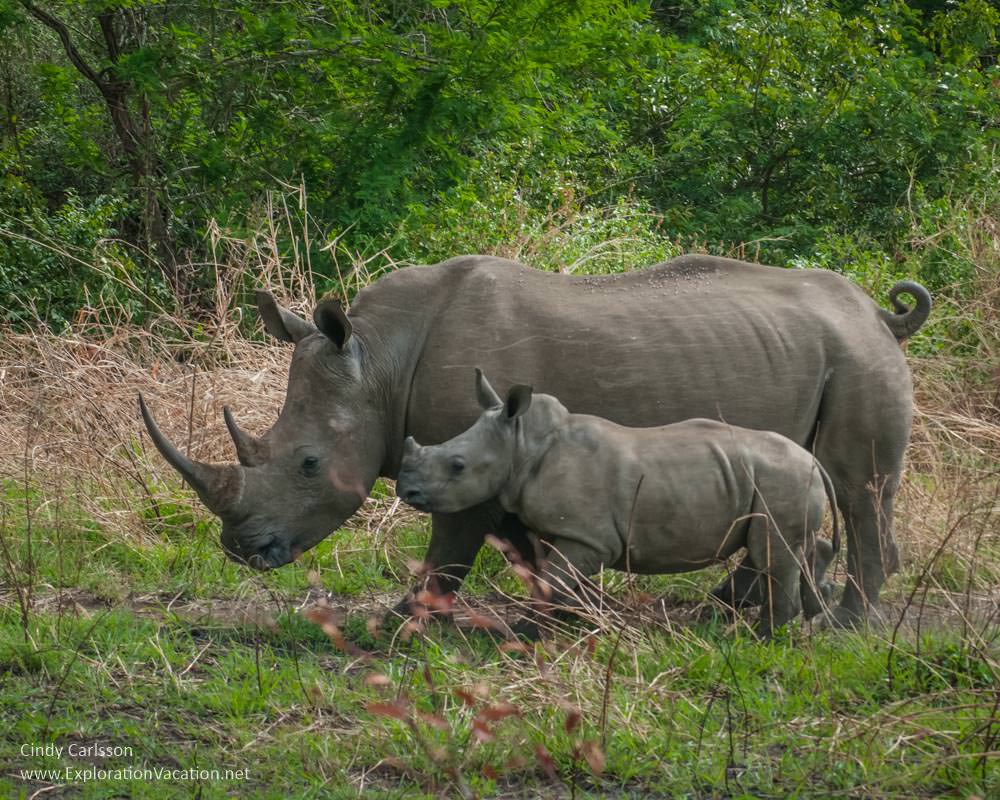 The baby obviously wanted to move a little faster and would occasionally run a circle around mom before going back to trotting along at her side. It was adorable . . . a word you probably don’t usually associate with rhinos!

Have a great day and remember, every day is better with a few rhinos in it.