Grand Portage (the Great Carrying Place) is an 8.5 mile trail that links the Pigeon River (and the Canadian northwest) to the shore of Lake Superior. The trail bypasses a series of waterfalls, including the High Falls, that otherwise block river traffic from accessing the lake. At one time this small area was a key link between northwestern Canada and the rest of the world as the Voyageurs carried European trade goods and supplies deep into the wilderness of North America and brought out furs destined for Europe. And it was here that the North West Company built a large depot to serve its vast network of fur traders.

“For a brief time, before revolutions and internal relations changed the course of nations, this small piece of land tied together the fur trade of the west and the capitals of Europe and parts of Asia. And across its green miles, there strode a grand assemblage of traders, explorers, scientists, and financiers.” Erwin N.Thompson (1969) 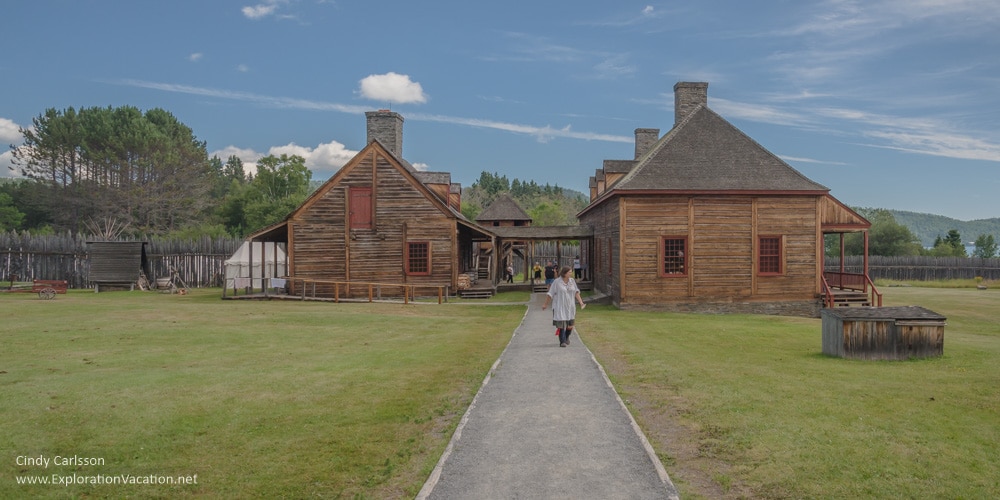 The focus of activity in this area began along the shores of the Pigeon River, where French fur traders – Voyageurs – established the post of Fort Charlotte. However, this location along the river proved less convenient than the Lake Superior shoreline and, over time, the focus of activity shifted to the lake.

The North West Company established a depot on the shore of Lake Superior at Grand Portage in 1784 on a site it shared with an Ojibwe (Anishinaabe) community and other fur posts. (Records indicate the existence of a post on the site at least by 1778 and perhaps much earlier.) This fur post became a key link in a complex trade network that originated from the fur trading activities of French Voyageurs more than 150 years earlier.

The Grand Portage trade depot was necessary because the fur trade was a big, complicated business by this time; a business that required a lot of employees, trade goods, and provisions. Adequate facilities to house staff and supplies were a necessity.

While the core of the business remained the procurement of furs, doing so not only required supplying items to be exchange for the furs themselves, but also provisions for the traders and trade items that could be exchanged for additional provisions and supplies. Thus the depot at Grand Portage was both a trading post and an intermodal transfer point: It was here that trade goods and provisions brought in via Lake Superior from Montreal in large canoes were exchanged for furs brought in via the inland river system in smaller river canoes. Once the exchanges were complete, the canoes were loaded with goods for the return trip (furs for Montreal or provisions for the north men headed back into the wilderness) and the process began over again.

The depot at Grand Portage was used through most of the boom years of the fur trade before being dismantled in 1802 when uncertainty over the location of the boundary with the USA resulted in the decision to move the North West Company depot 50 miles north to Fort William. Thus, all “historic” buildings at the Grand Portage site are reconstructions based on documentation from the period, archeological finds, and examples from other North West Company posts.

The heart of the post, the multi-purpose Great Hall was the largest building at the depot. The hall included four bedrooms and an open great room used for meeting and exchanging gifts with trading partners and for other business. During the annual Rendezvous the North West Company’s owners also used the space for the company’s business meetings, dining, and evening entertainment, including dancing!

The reconstructed structure that stands today houses exhibits in the corner bedrooms, but the main hall is still home to meetings and entertainment during the Rendezvous. 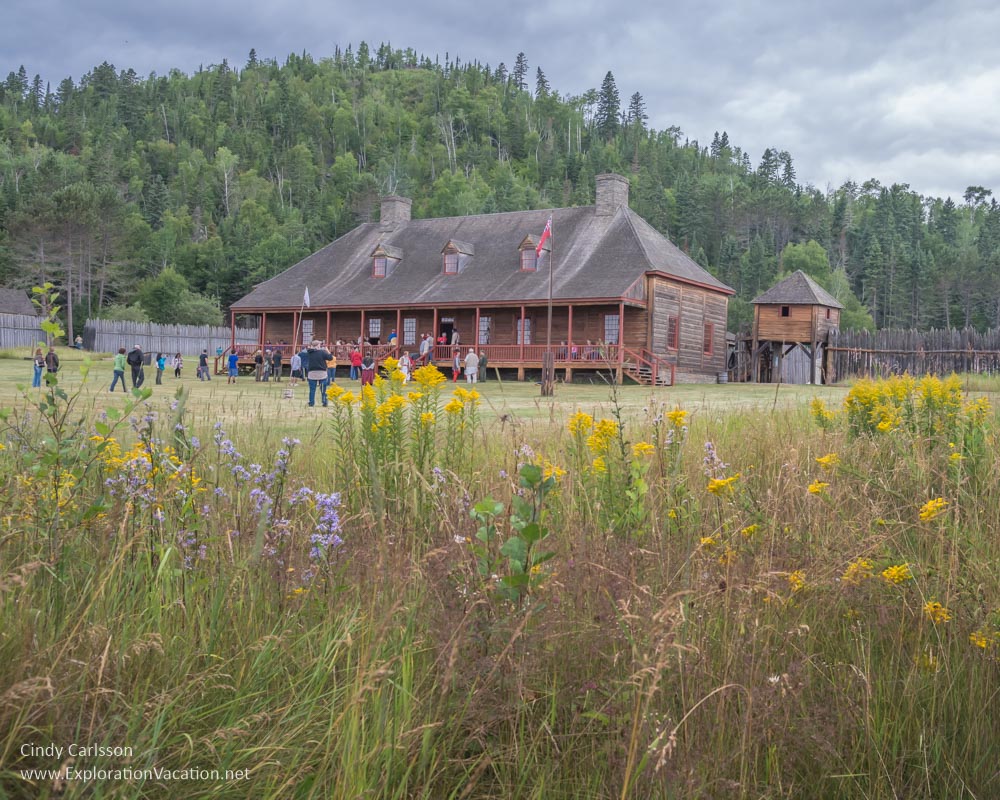 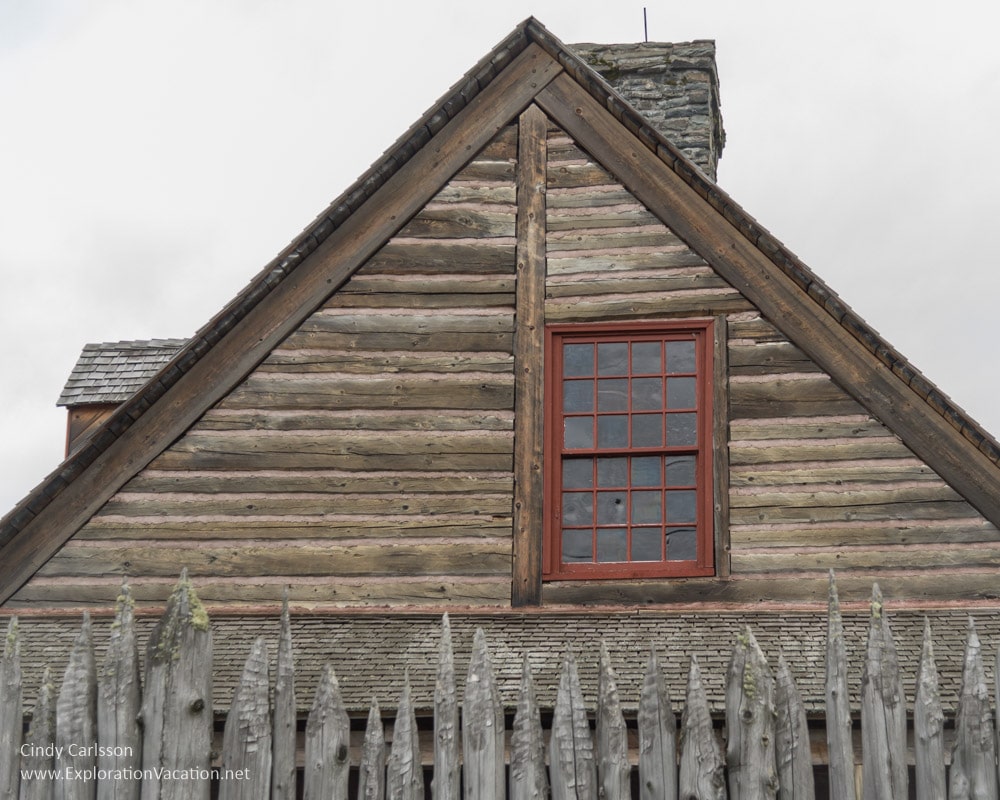 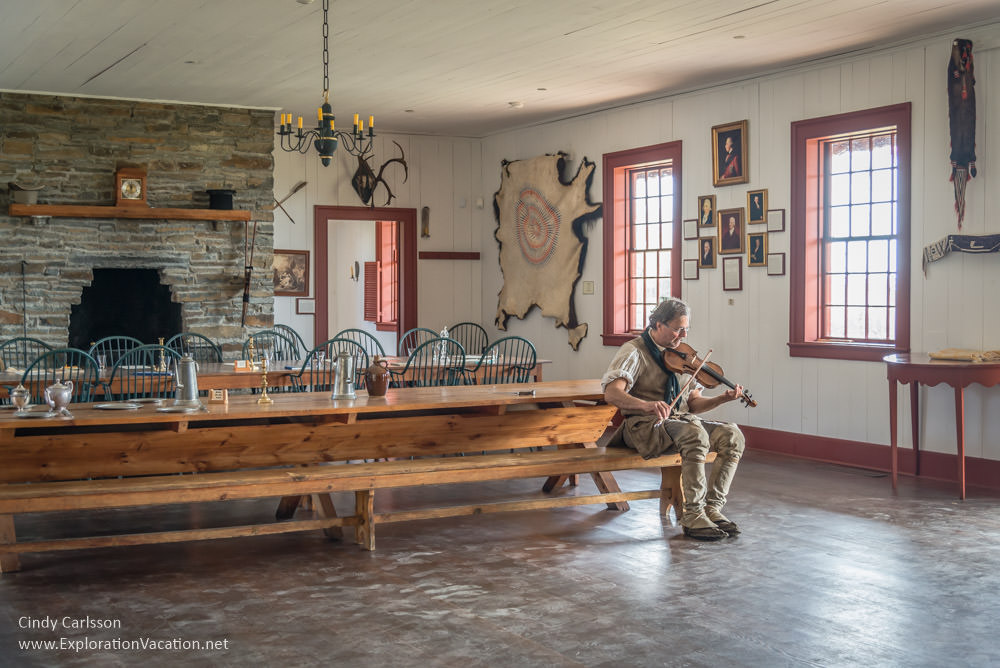 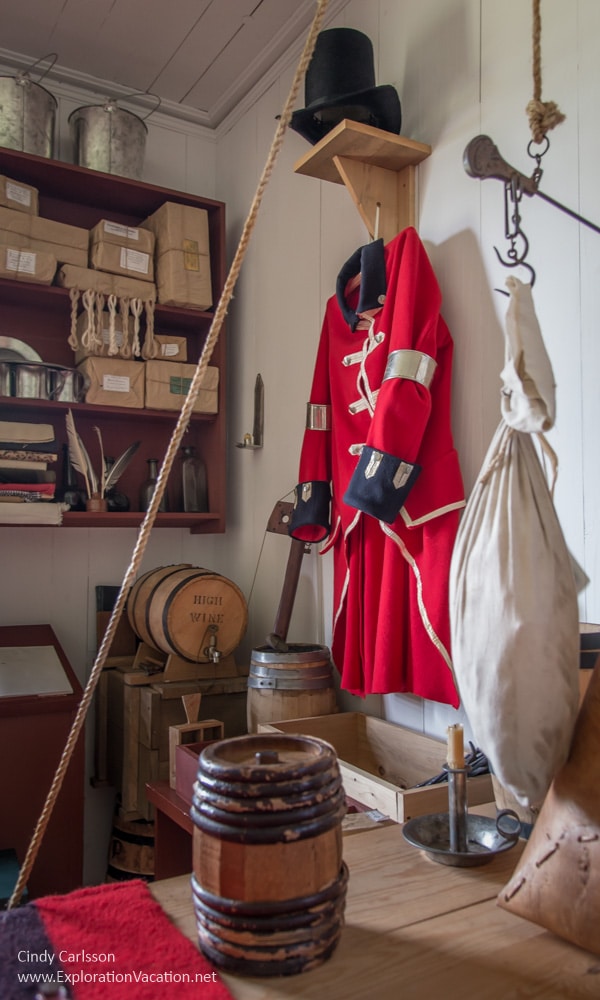 Located immediately behind the Great Hall, the kitchen provided meals not only for company leaders, clerks, and important visitors, but for other staff as well.

“The mode of living at the Grand Portage is as follows: The proprietors, clerks, guides, and interpreters mess together, to the number of sometimes an hundred, at several tables, in one large hall, the provision consisting of bread, salt pork, beef, hams, fish, and venison, butter, peas, Indian corn, potatoes, tea, spirits, wine, &c. and plenty of milk, for which purpose several milch [sic] cows are constantly kept.” Journals of Alexander Mackenzie

The rebuilt kitchen is fully functional and is used during the Rendezvous. 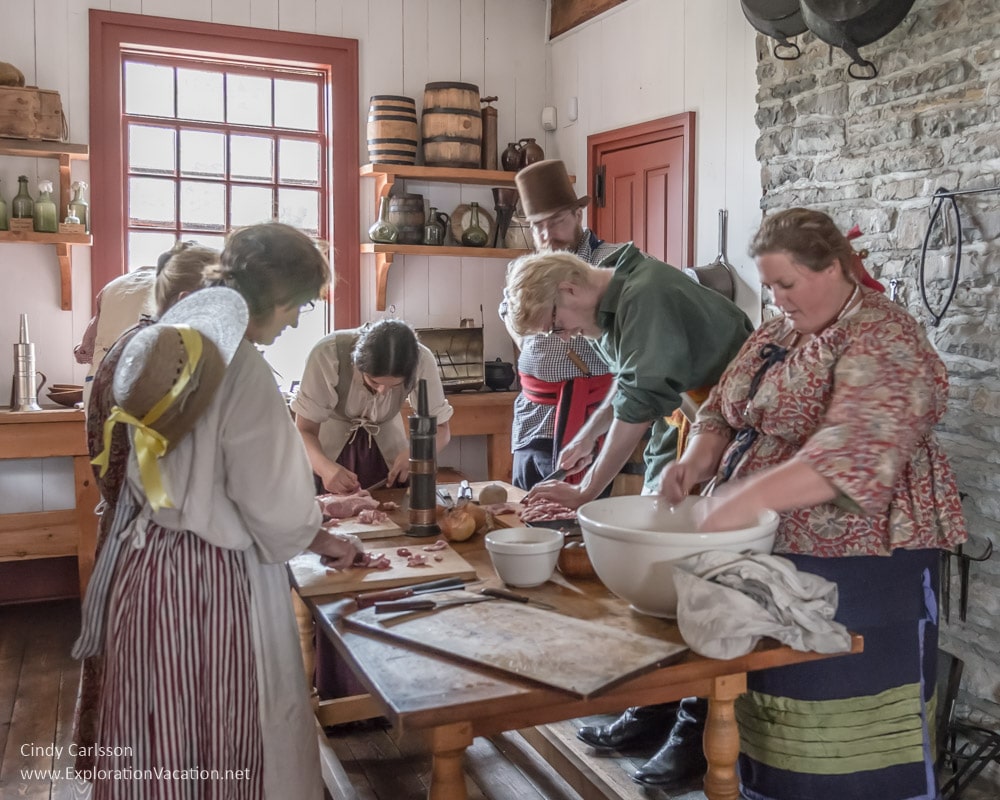 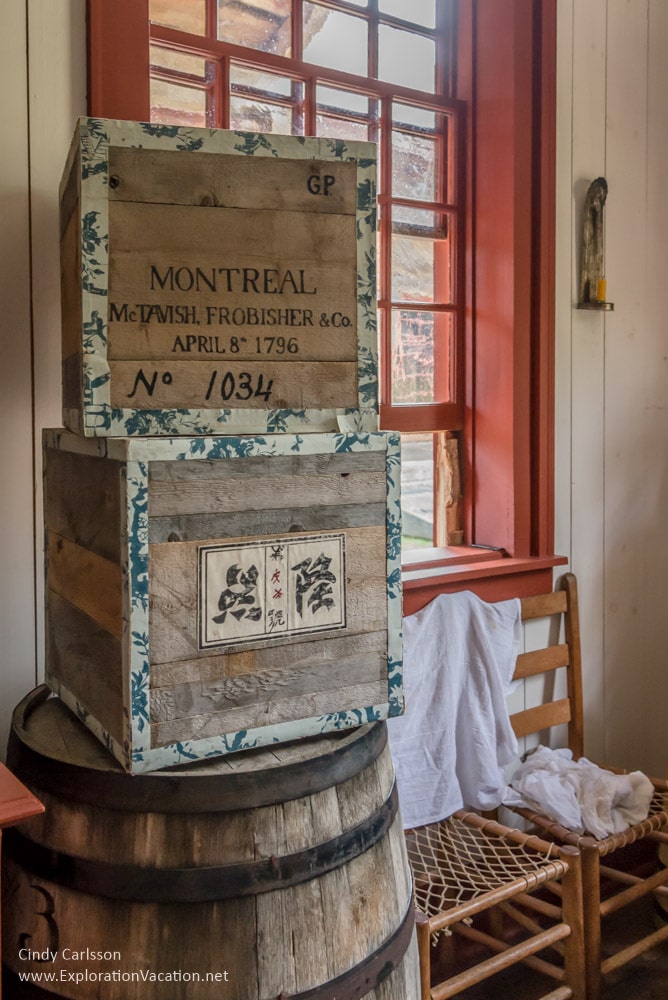 Built outside the cedar stockade that surrounded the North West Company post, the canoe warehouse was reconstructed where a large shed originally stood. Because it was located outside the stockade, this building probably belonged to an independent trader or predated construction of the North West Company post. Today the building is used to store canoes and related tools and supplies. The use of the original structure is unclear. 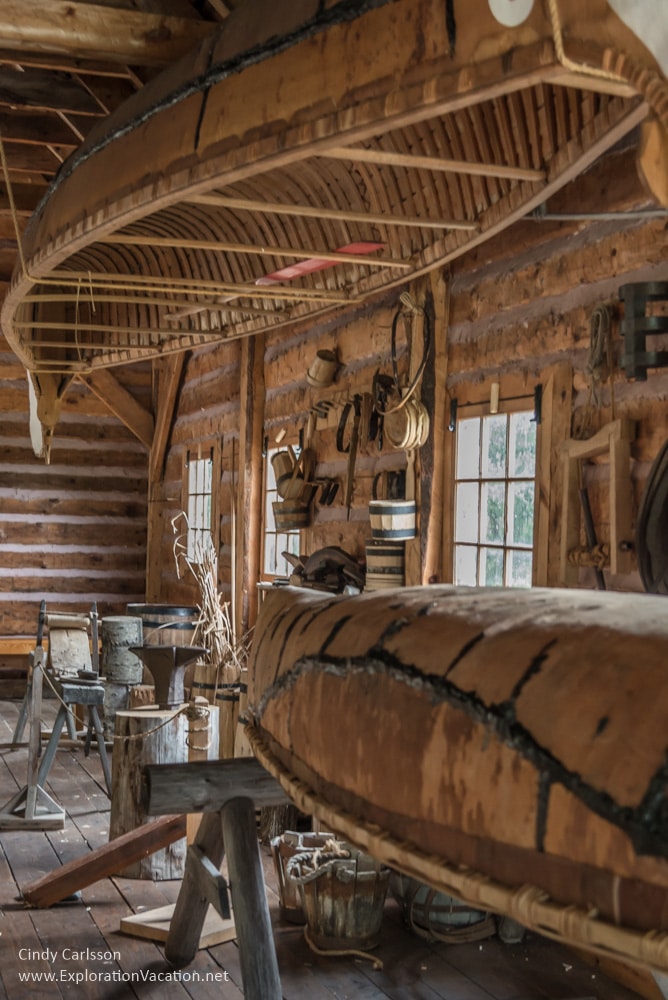 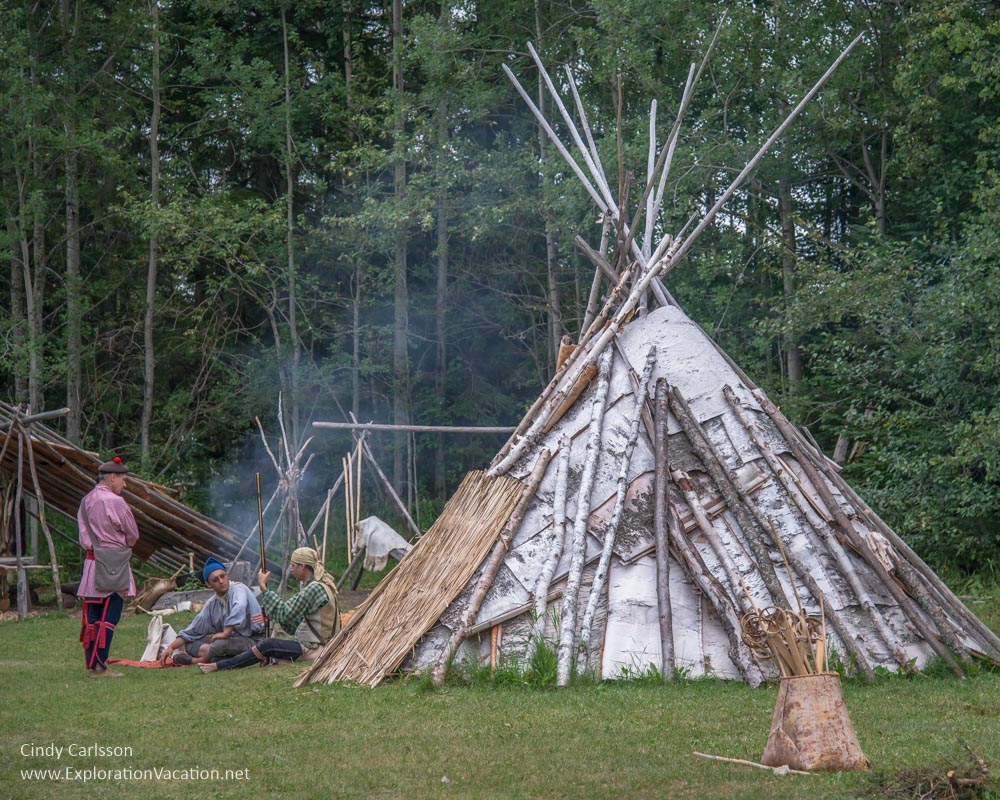 The north men and Montreal men camped when they were on the site for the annual Rendezvous, so there are no remains of their lodgings. 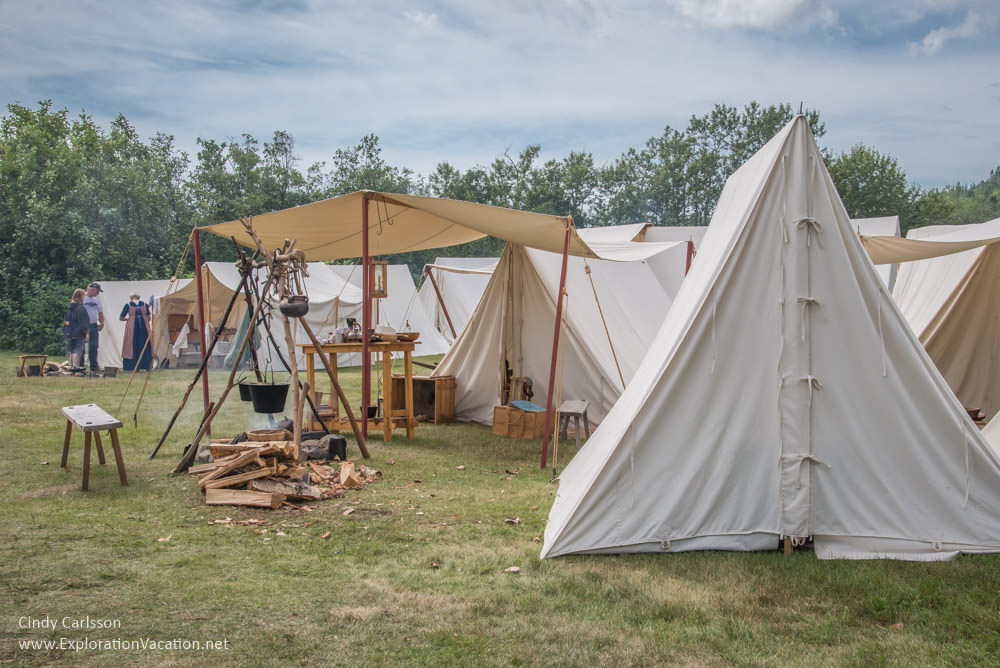 However, additional housing for staff, shelter for animals (records indicate cows were kept on the property to provide milk), and storage sheds would have existed in or near the depot. In addition, other trading posts existed in the area both before and during the North West Company’s time here. (This is perhaps one reason for the well-built stockade that surrounded the depot site). None of these other structures have been located, although archeological work continues.

Grand Portage National Monument is located just outside the city of Grand Portage in the Grand Portage Indian Reservation. The site’s Heritage Center is open all year. The depot buildings are open seasonally (generally June through October). The Grand Portage Rendezvous and Powwow are held each year on the second full weekend of August. There is no charge to visit the site or attend either event.

A list of educational resources with information on the site and the history of the fur trade period is provided on the park’s website along with management plans and reports related to the site.