April 25 marks the day 100 years ago when soldiers from Australia and New Zealand landed on the beaches of Gallipoli in an (ultimately futile) Allied attempt to take control of the Dardanelles and Constantinople.

It was an ambitious and poorly planned operation that led to the deaths of more than 100,000 soldiers (with many more wounded) on both sides. The Allied troops retreated in January 1916 without achieving any of their objectives.

Spring on the beach where modern Turkey was born

But if you visit in the spring, as I did in 2012, the whole peninsula is green and bright with flowers. It’s hard to imagine a more peaceful place. 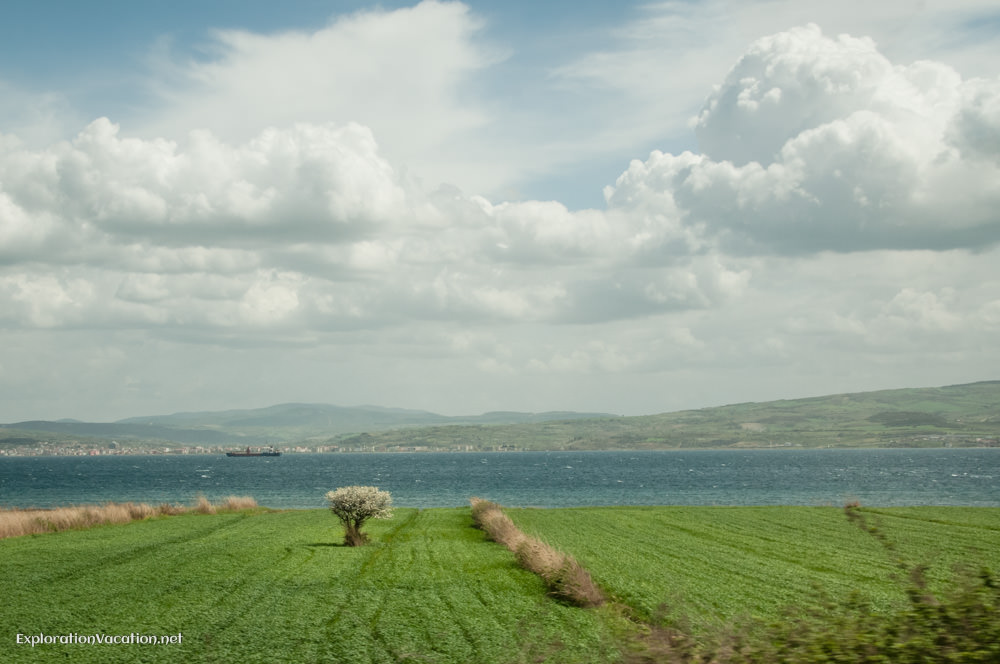 Strengthened national identity on both sides

Gallipoli is an almost mandatory stop on any tour of Turkey, as the modern nation of Turkey has its beginning in this bloody, pointless battle. This was both the last great victory of the Ottoman Empire and the beginning of the modern Turkish nation.

It was here too that a 34-year-old lieutenant colonel named Mustafa Kemal (Ataturk) began his own march to become the leader of that new nation.

Despite the Ottoman victory, the battle of Gallipoli would help bring about the end of the empire.

Similarly, while Gallipoli was a military disaster for the British (and cost Winston Churchill his job as First Lord of the Admiralty while fueling for the Irish War for Independence), it led to a new era for both Australia and New Zealand. The two countries fought as part of the British Empire, but they emerged with a new sense of national identity. Anzac Day – commemorating the arrival of Australian and New Zealand troops on the peninsula – is still a major holiday in both countries. And, needless to say, Gallipoli is a key tourist site for visitors to Turkey from Down Under.

A peaceful day at Ari Burnu

But I am an American and, like most Americans, I have no connection to this battle. This was not the USA’s fight. Before visiting here, Gallipoli was for me just a name with a vague aura of wartime futility and meaningless horror.

Probably because we were Americans, our tour of Gallipoli was brief.

Our only stop was at the Ari Burnu Cemetery, which is located where the first Anzac troops landed on that fateful spring day 100 years ago. 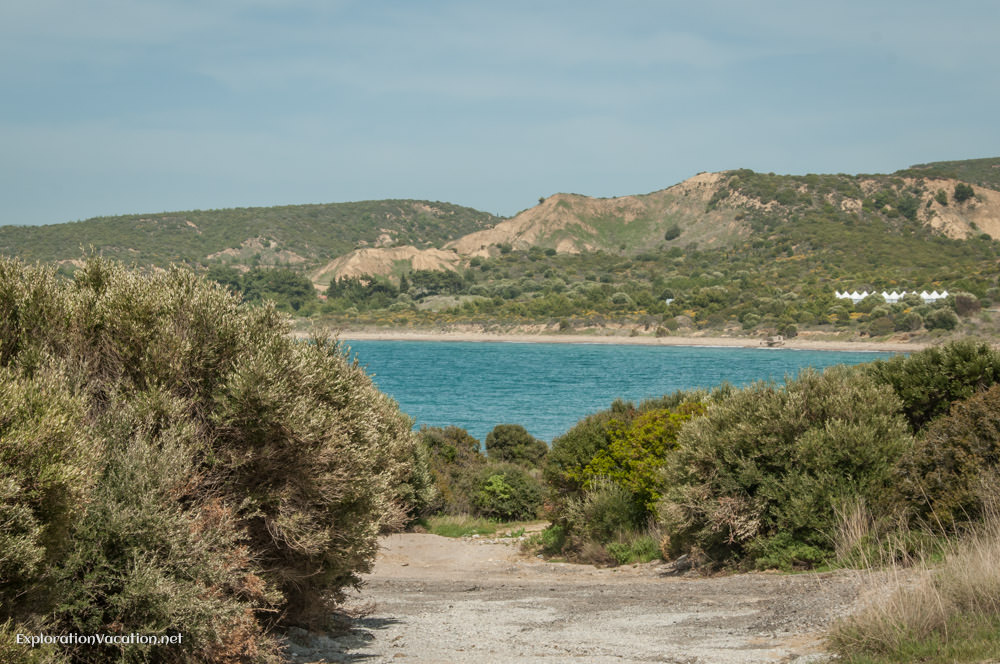 Ari Burnu is at the northern end of Anazc Cove. It is a lovely spot to visit, but a horrible place for an army to try to take and hold. It seems likely that this wasn’t where the Anzac troops were supposed to land, but once they had they were locked into a bloody battle to hold the beach and take over the surrounding hills the Ottoman troops used to fire on the beach. 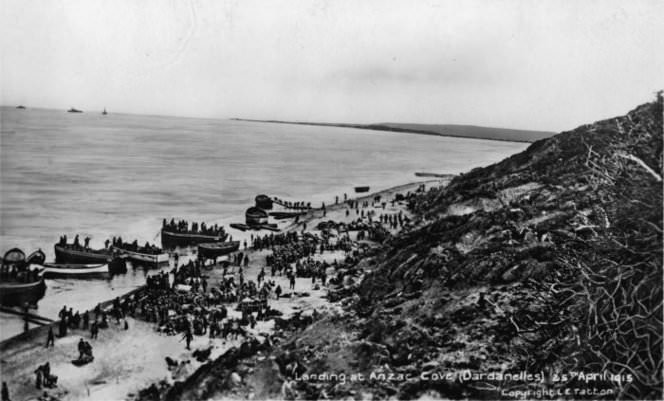 Today this beach sees only the footsteps of solemn tourists and mourners visiting the graves of the Allied soldiers who died here. 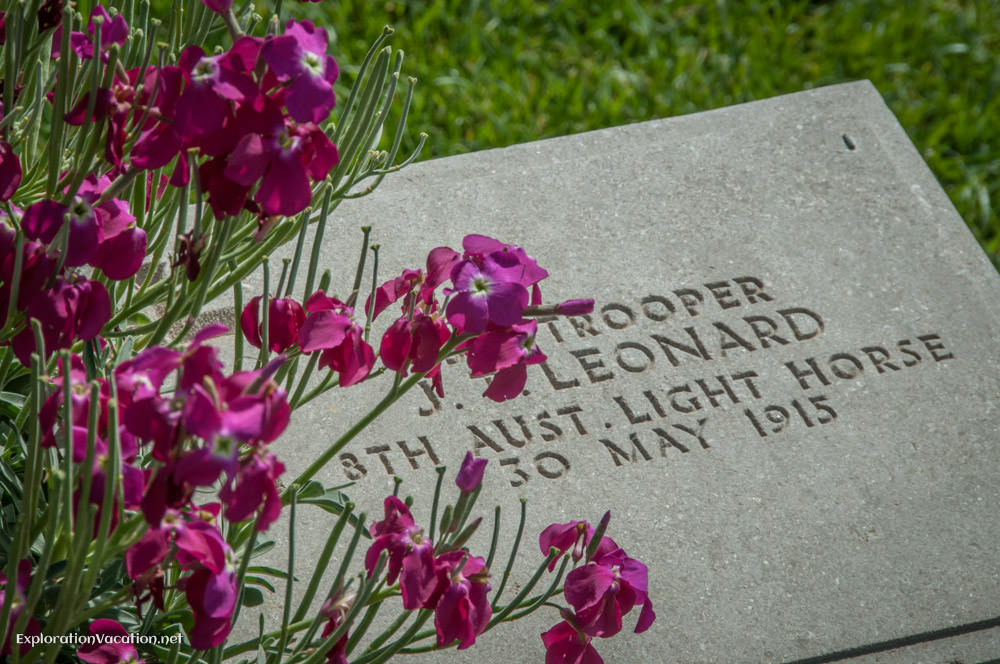 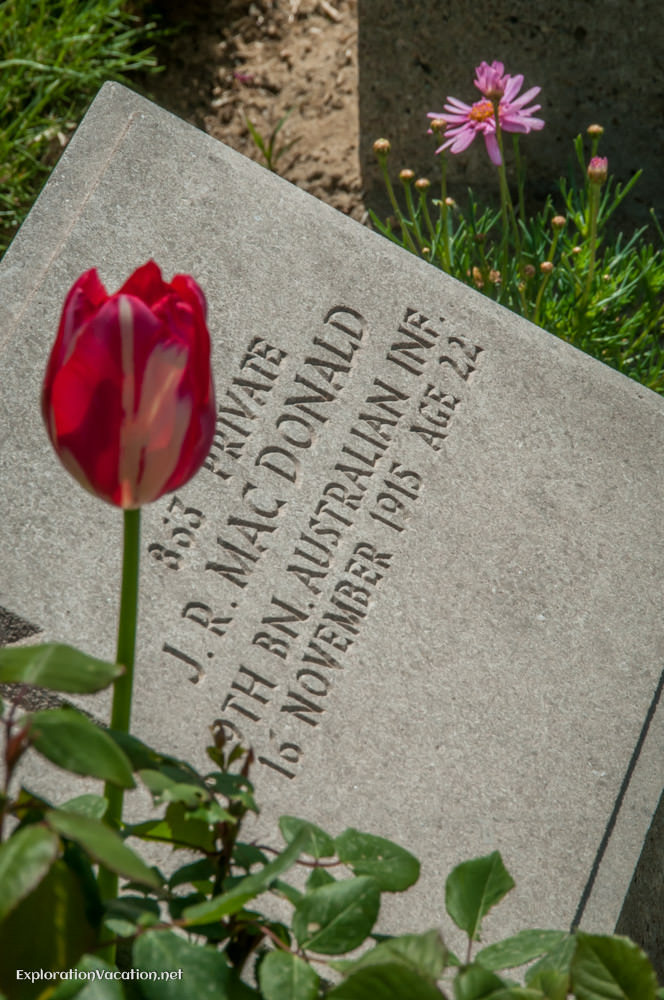 It’s a solemn and serene place to contemplate the cost of war. 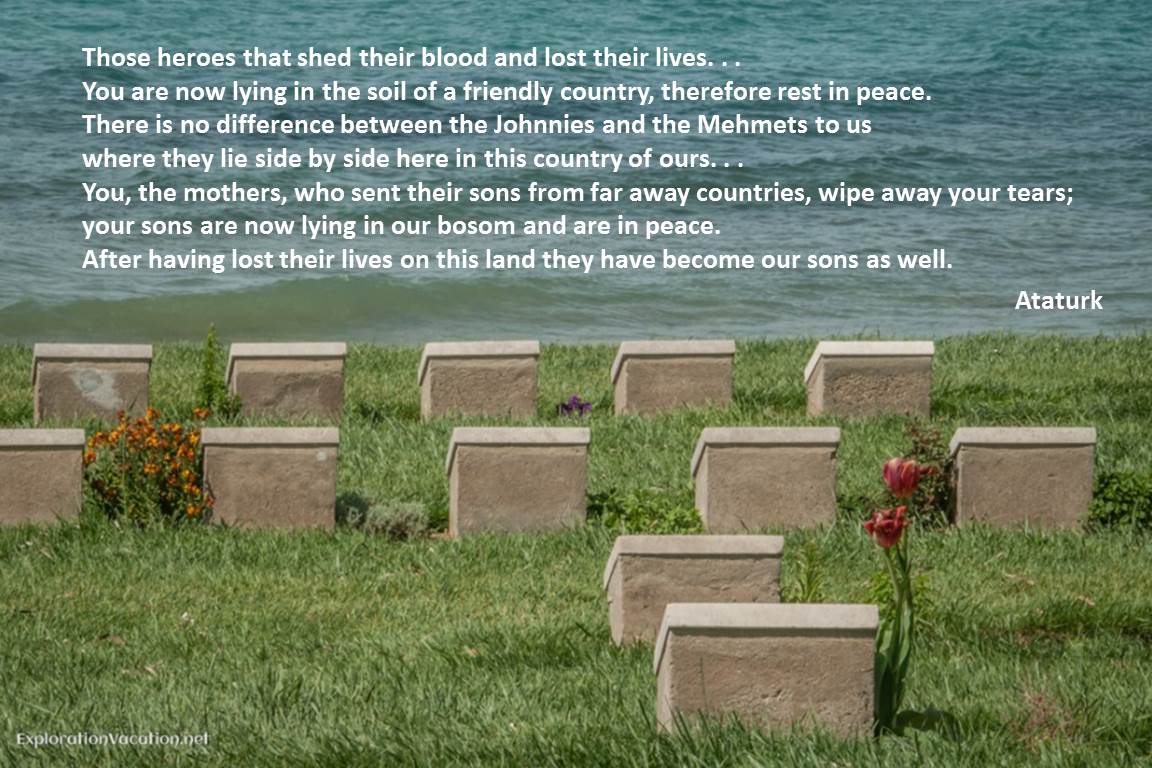 There are a number of battle sites on the peninsula as well as several memorials and cemeteries commemorating various battles, including a Turkish cemetery dedicated to Turkey’s 57th Regiment. (This was the regiment ordered into battle by Ataturk with the prescient command “I am not ordering you to attack, I am ordering you to die.”) Most tours will cover many or all of these sites as described by A Taste of Travel and A Dangerous Business.

If you are interested in learning more about this battle, there is lots of information available. A few of the web sites with loads of information and pictures include the Australian Gallipoli and the Anzacs site and the National Library of New Zealand’s Gallipoli Peninsula photo site.