I’ve had about enough of cold grey weather, so it was a treat to take a pretend vacation last weekend along the Tropical Trail at the Minnesota Zoo. Even without any sunshine to brighten the day, I got to soak up a bit of tropical warmth while viewing a variety of creatures from around the globe.

There’s probably no better way to start a tropical wildlife tour than with ring-tailed lemurs (native to Madagascar).

There were also flamingos (I love flamingos), but I never got a good shot of them. The ducks, however, were more cooperative. 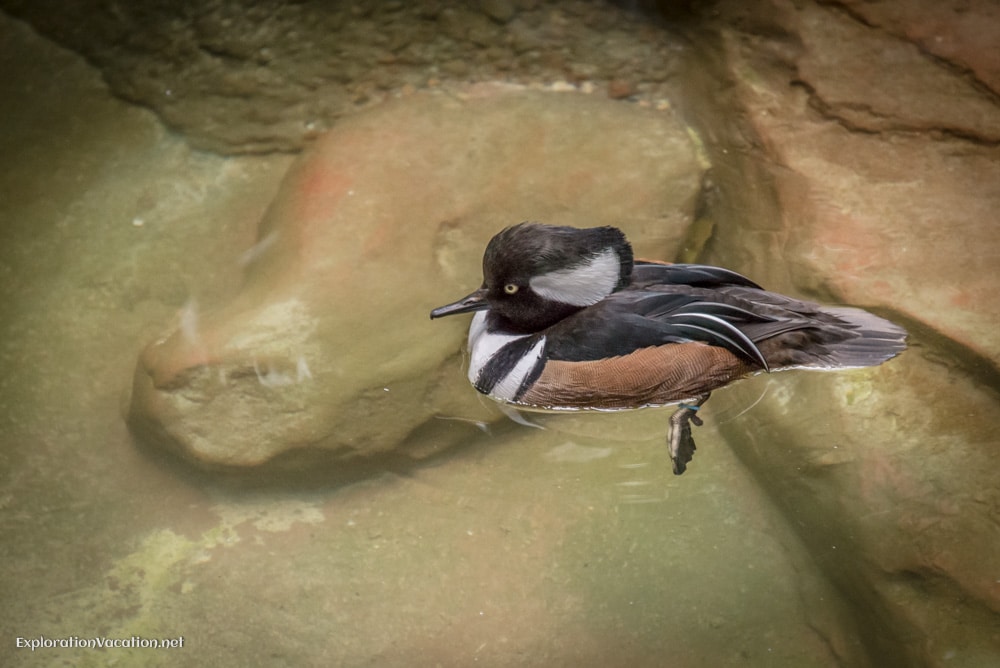 One would think the waterfowl pond would be a tranquil spot, but not here, as white cheeked gibbons (native to Southeast Asia) screeched loudly as they moved effortlessly between trees. 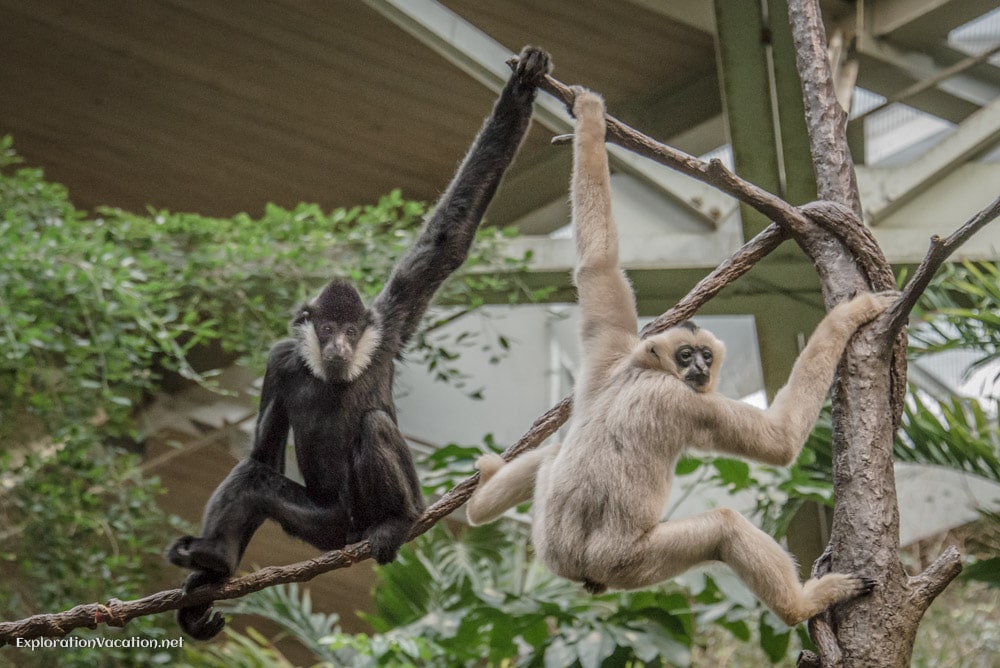 On the other hand, the coral reef exhibit was very calm and quiet – or at least it appeared calm to those of watching through the glass. The fish may have had a different point of view. 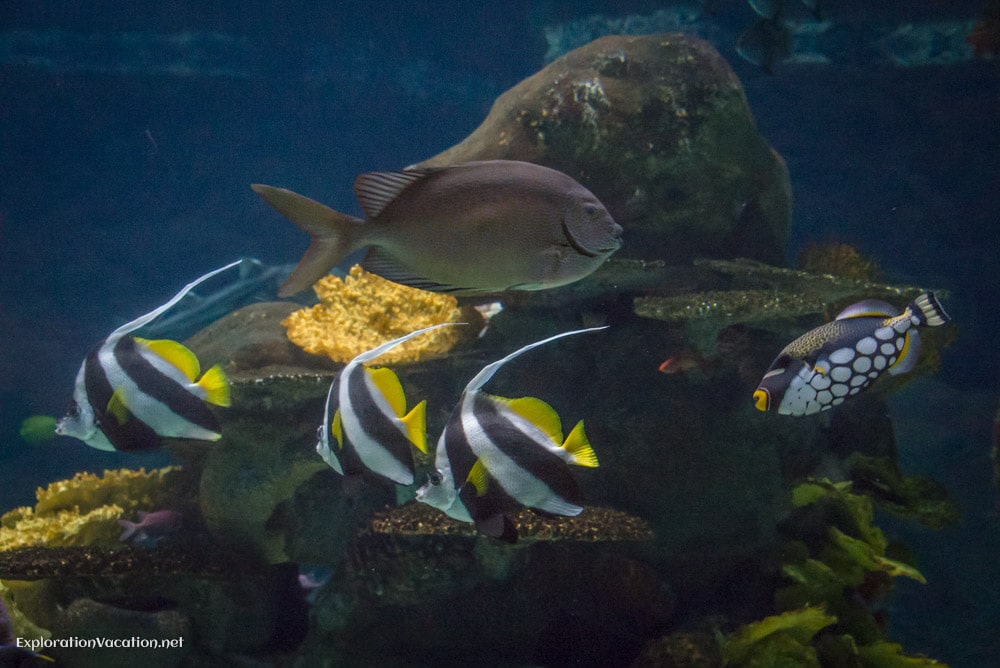 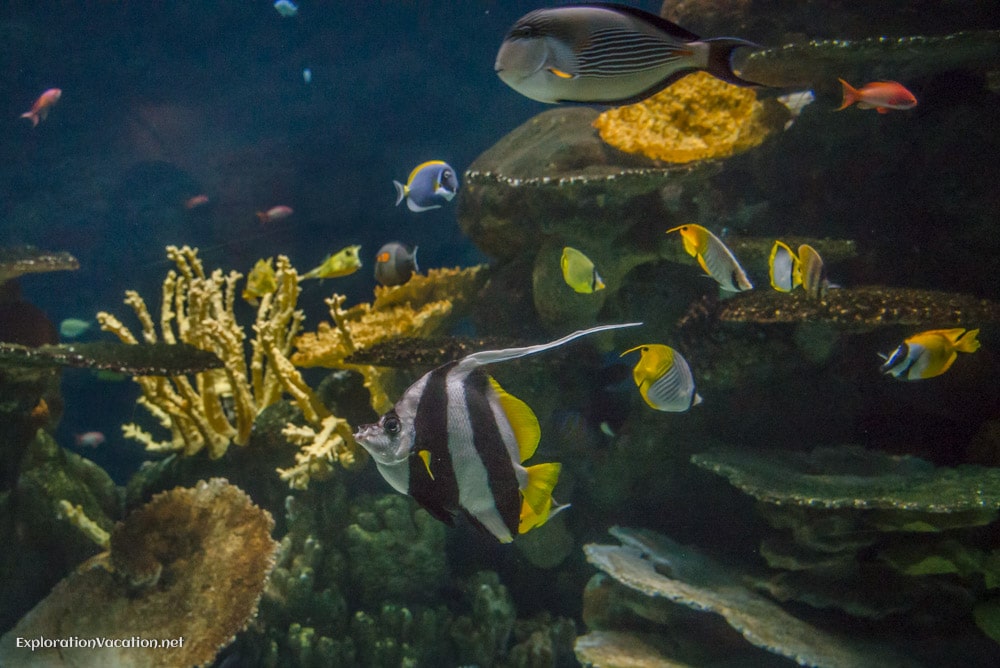 The next area was all about birds, including Victoria crowned-pigeons (native to Papua New Guinea) . . . 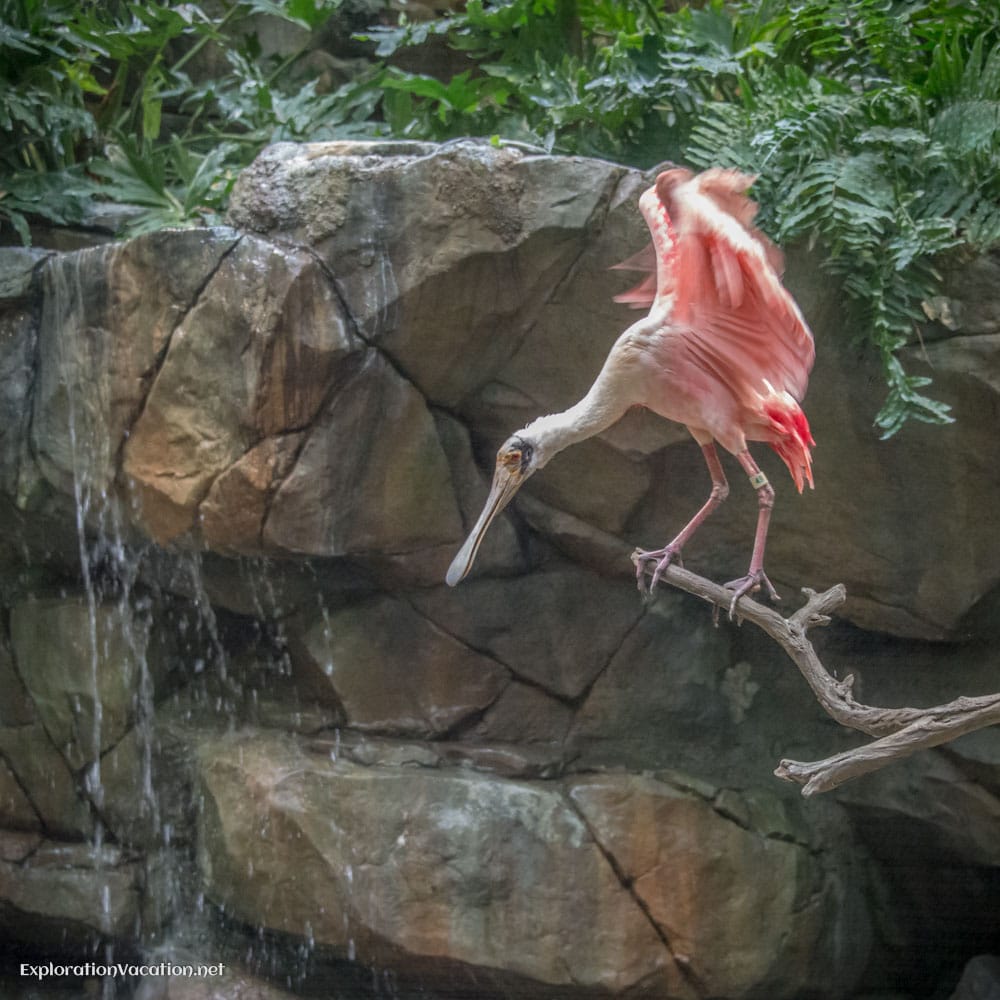 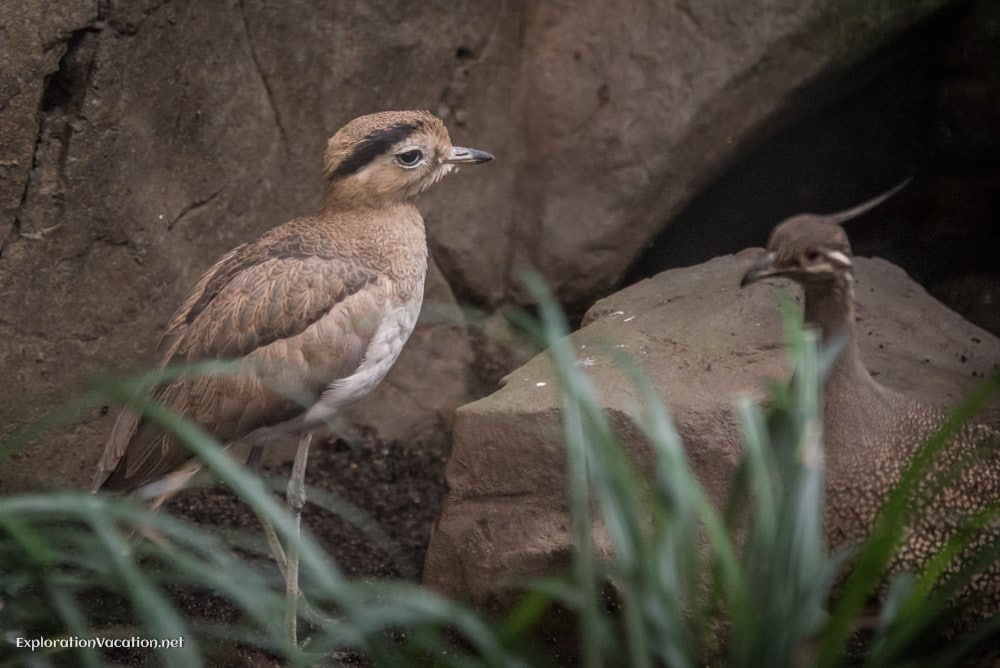 (There were, of course, many others, but I didn’t get pictures of most of them as they flitted about high above my head.)

At the end of the trail there were a couple of tamarins, including this lovely golden lion tamerin (native to Brazil). 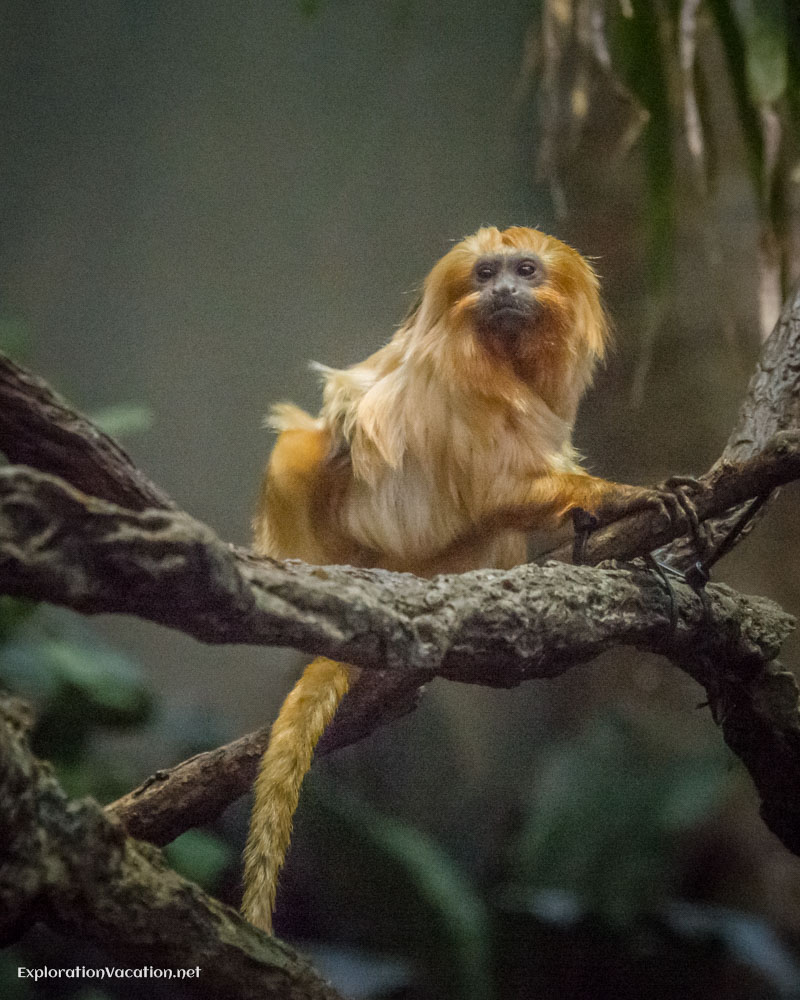 And that was the end of my whirlwind tour of the wildlife of the tropics.

The Tropical Trail is one of several trails at the Minnesota Zoo. The zoo, located south of Minneapolis, is open year round.

Winter along the Northern Trail
All Minnesota posts