I happened to have worked my way up to the front of the group at our Mérida English Library’s House and Garden Tour last November when our guide asked if we minded waiting for a minute while he ran in to check the work underway at a remodeling project of his own. Without even thinking I responded for the group: “No problem – as long as you let us in to check on it with you.” He seemed a bit taken aback (“I’m not really sure where they are at. . .”), but seriously, what option did the guy have at that point other than to say “okay” and let us in.

We could hear the workmen as soon as the door opened, muffled sounds drifting toward us from the back of the house. As our eyes adjusted to the dim light, the shadowy forms around us became piles of furniture, ladders, and building supplies.

The house has two floors topped by a roof-top patio. While some areas still needed a fair amount of work, much of it was done – enough to make it clear that it was going to have some beautiful features. 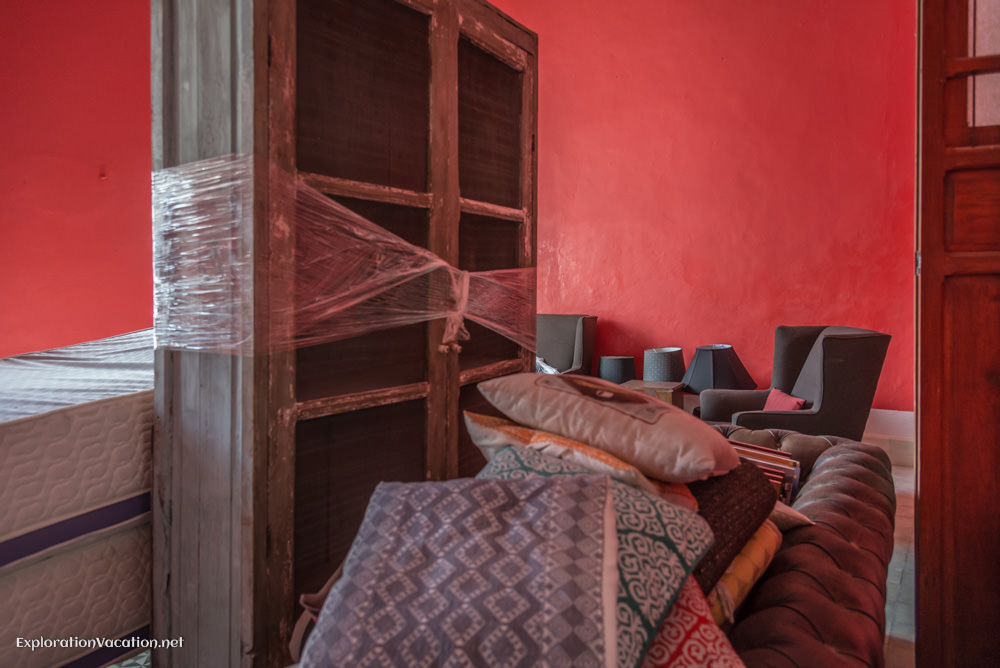 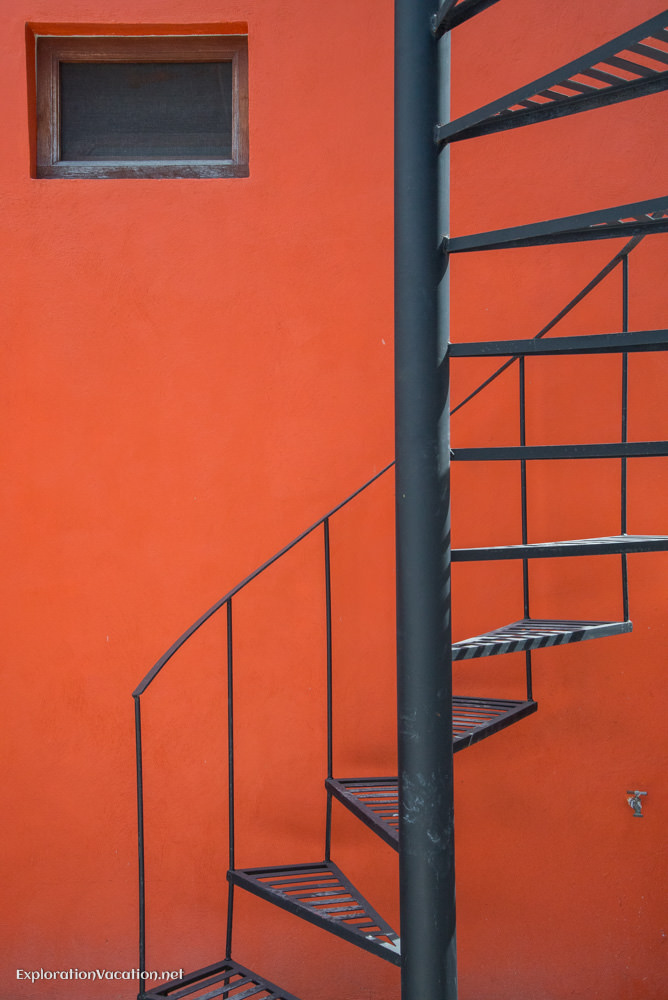 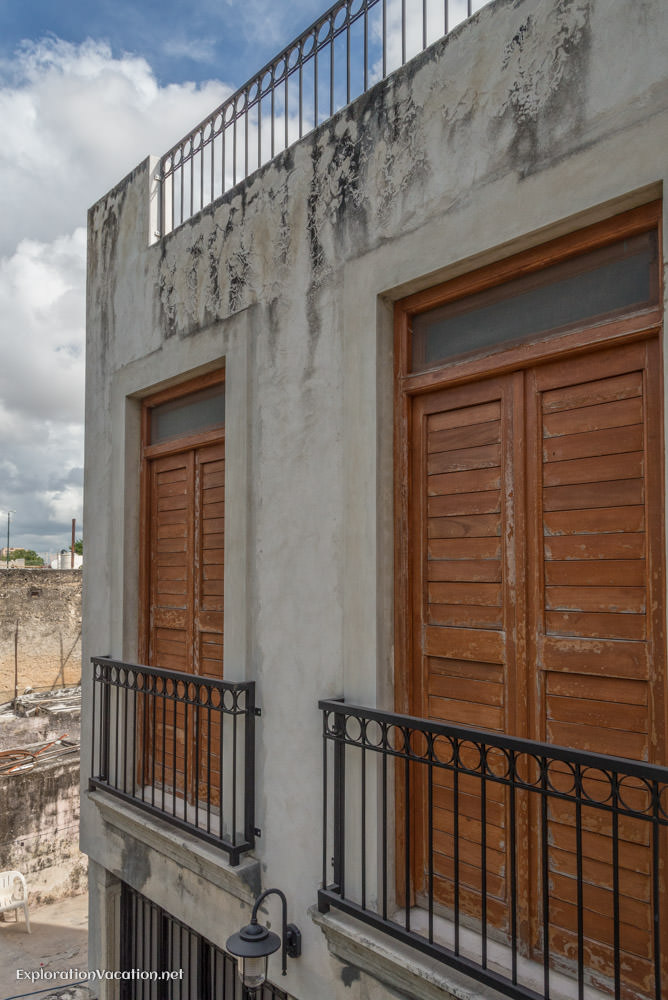 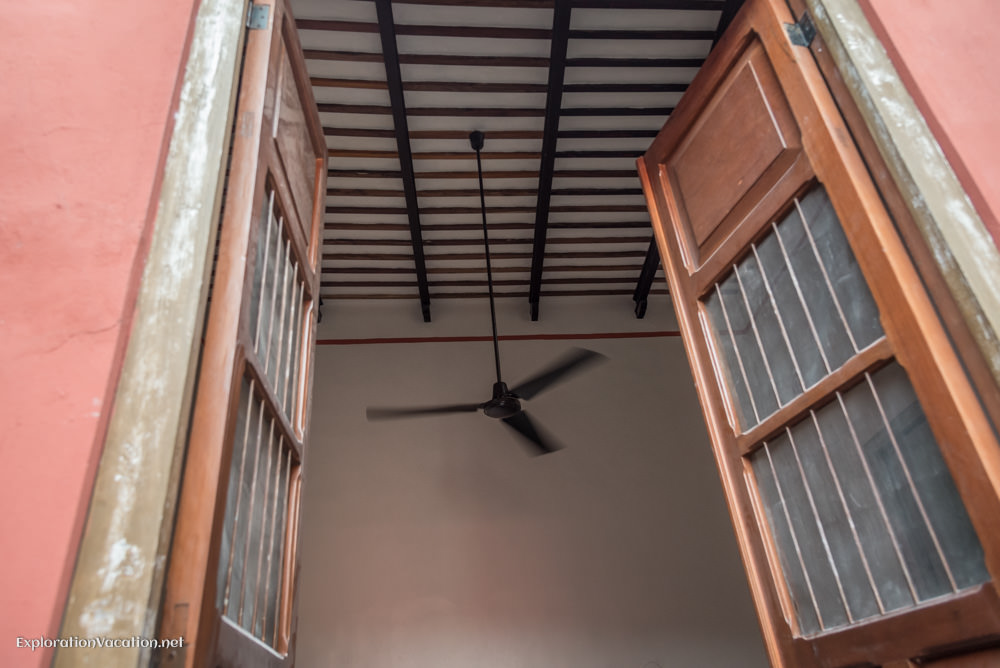 Most of the remaining work to be done was in the courtyard, where workers were tiling the pool and finishing the garden hardscaping.

The house was scheduled for rental in four days. Despite the amount yet to be done, it seemed likely it would be habitable, if not completely finished, by that time.

I don’t know if they finished it in the remaining four days, but you can see how beautifully Casa Merida turned out – and rent it yourself – at airbnb. I think I need to plan another trip to Mérida just so I can stay here!

The Mérida English Library’s House and Garden Tours are offered weekly during the winter, with a different mix of homes each week. We had an unusual tour in that we got to see several homes that weren’t actually on the itinerary, including this one.