Bovey, Minnesota, was once a booming mine town . . . or a teeming den of iniquity filled with bars and questionable hotels. Or both. It all depends on your perspective.

A bit of Bovey history lives at Annabella’s

Platted during the final years of the logging boom that denuded most of northern Minnesota, the town grew rapidly during the iron ore mining boom that started off the 20th century in this part of the state. Even as it became a more family-friendly place, the town remained a commercial center into the 1950s. Today it is a quiet town of 700 that serves mostly as an affordable residential area for workers in Grand Rapids. There are no hotels in the town itself and only a couple of spots to eat.

Despite its decline as a commercial center, Bovey retains many of the buildings constructed during those heady days and, along with them, has a certain amount of charm that probably didn’t exist back then. One the more charming of these buildings houses Annabella’s Antiques.

Appropriately, Annabella’s sells remnants of the past in a space that was once the city’s bustling mercantile. 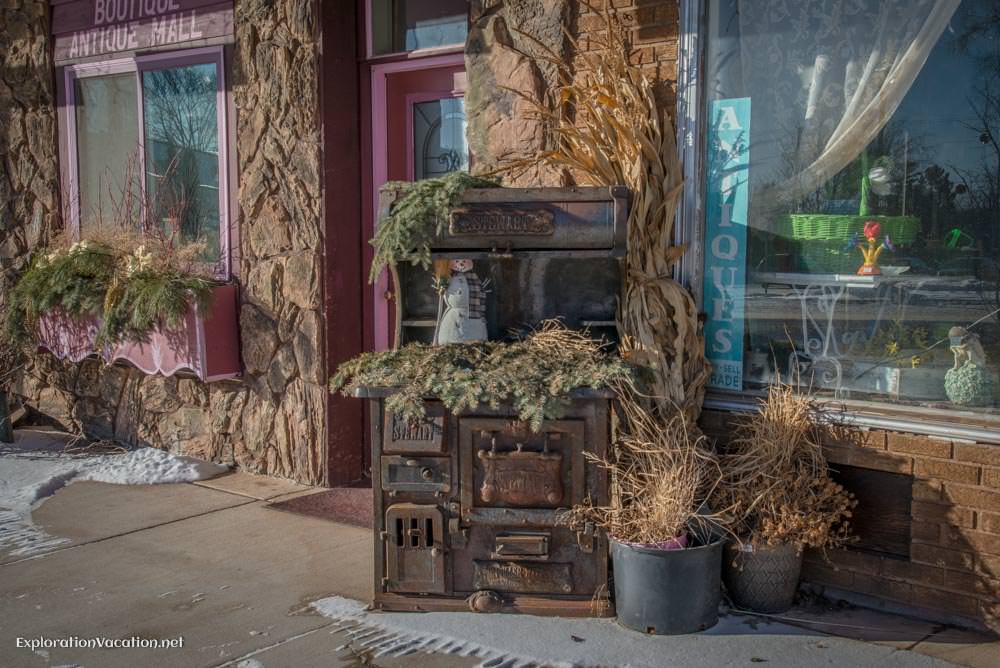 There’s even a (slightly mysterious) tunnel

In a further connection to the city’s past, the building houses a recreated speakeasy in the basement. A feature added when a mysterious tunnel – imagined to be the escape tunnel for a prohibition-era speakeasy – was discovered.

While the speakeasy is completely consistent with Bovey’s alcohol-filled beginnings, the fact remains that the part of the building where the tunnel is located wasn’t actually constructed until after the end of Prohibition when Muotka’s Mercantile expanded. The tunnel was created to connect the flour and feed store to the general merchandise store, providing a below-ground link for transferring goods. Still, it makes for a nice reminder that Bovey was once a very different place than it is today.

Checking out the goods at Annabella’s

Several of my cousins share a space at Annabella’s where they sell whatever interesting items come their way. I met them there this week for lunch and a bit of shopping.

Annabella’s provides space for 40 vendors, most of which sell used, vintage, or antique items. In a nice connection with the past, it is possible that some of the very items for sale here today were originally purchased here when this was the city’s very busy general merchandise store. There are also a few vendors here that sell new items, including hand-painted signs, funky modern purses, and fancy pantry items. Not unlike the mercantile housed here for so many years, there seems to be a little something for everyone at Annabella’s. 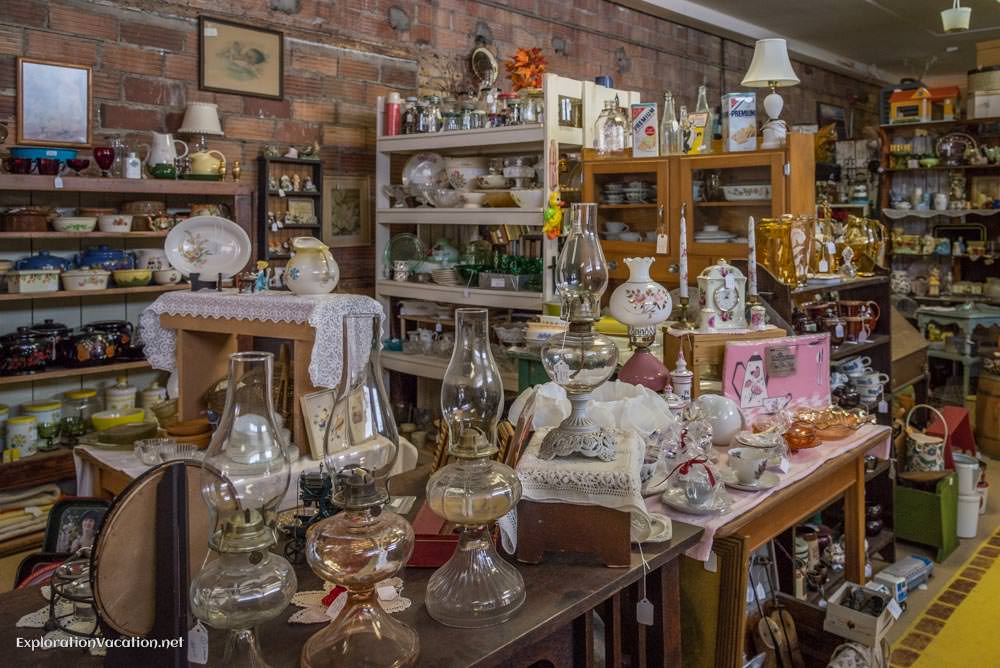 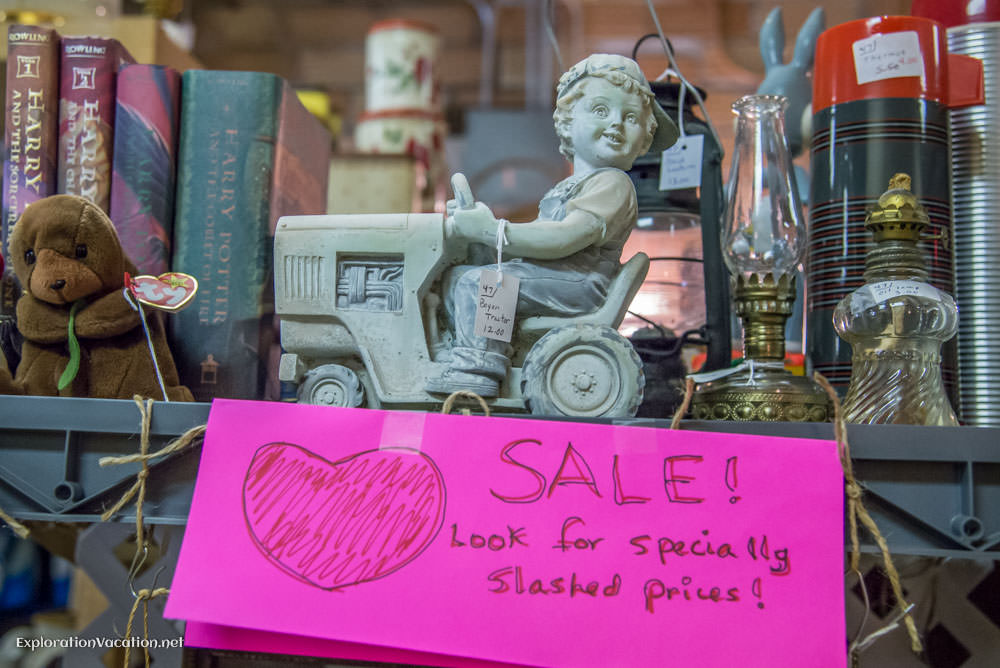 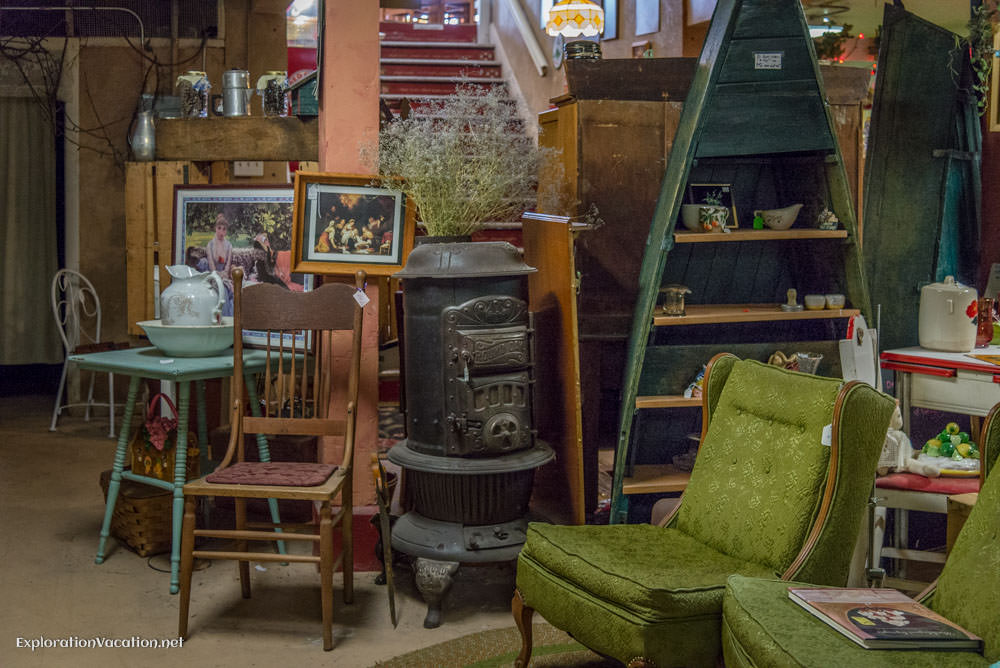 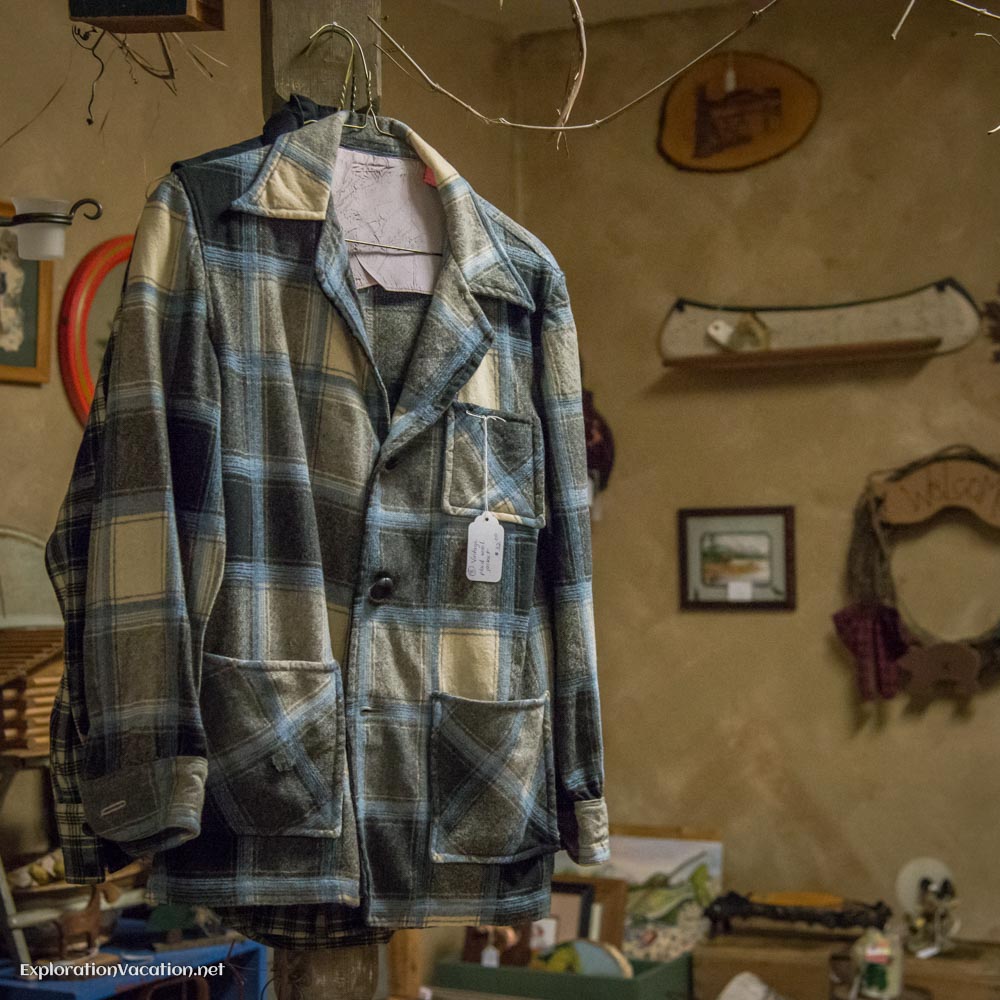 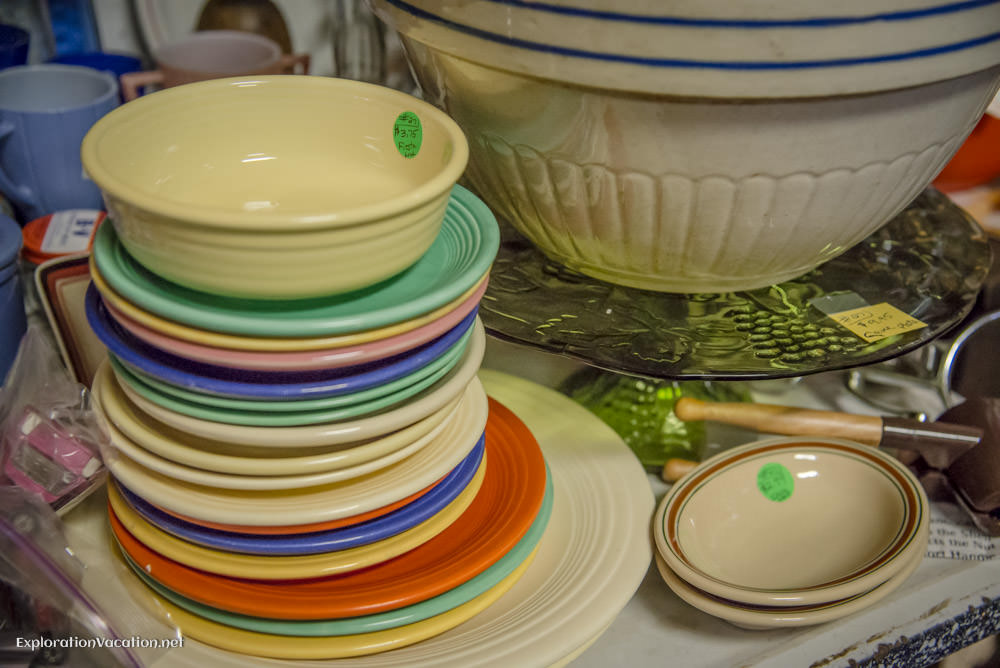 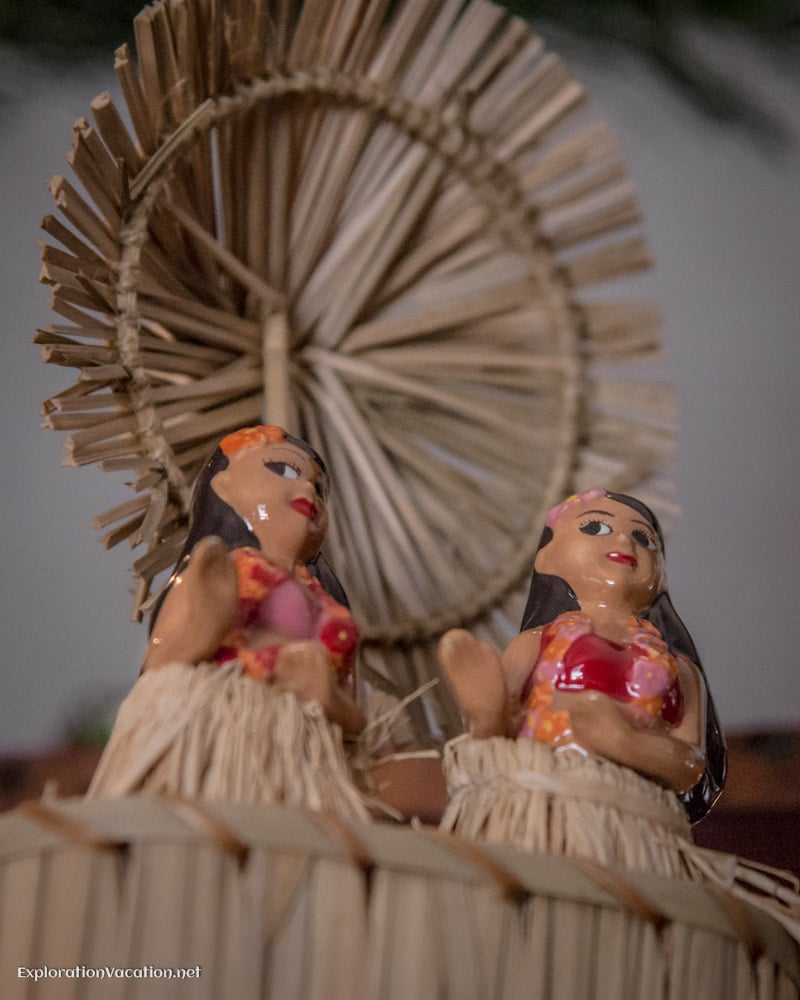 The building also houses a basic coffee shop. (Nana Chelle’s Café, which used to be located in Annabella’s moved down the street and now has a full-service restaurant that serves completely homemade comfort food inspired by immigrants who settled in this area.)

Plan your visit to Annabella’s Antiques

Bovey is located just off Highway 169 to the northeast of Grand Rapids.

Annabella’s Antiques is usually open seven days a week. (As is Nana Chelle’s.) Most other antique and specialty shops in town are only open on certain weekends. 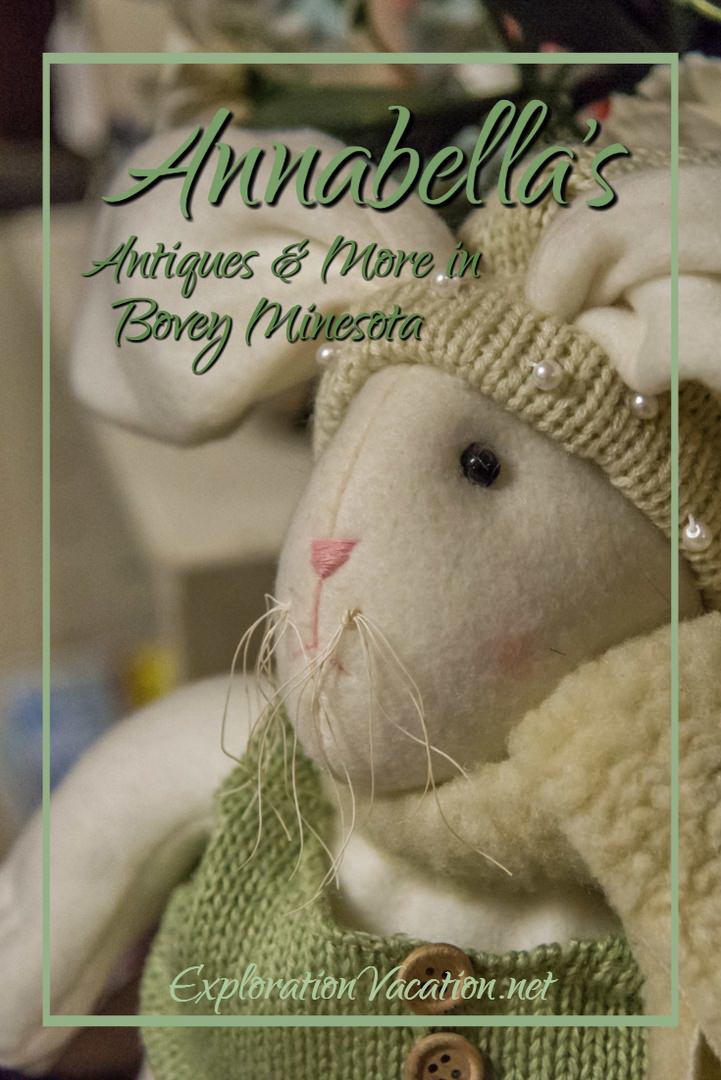 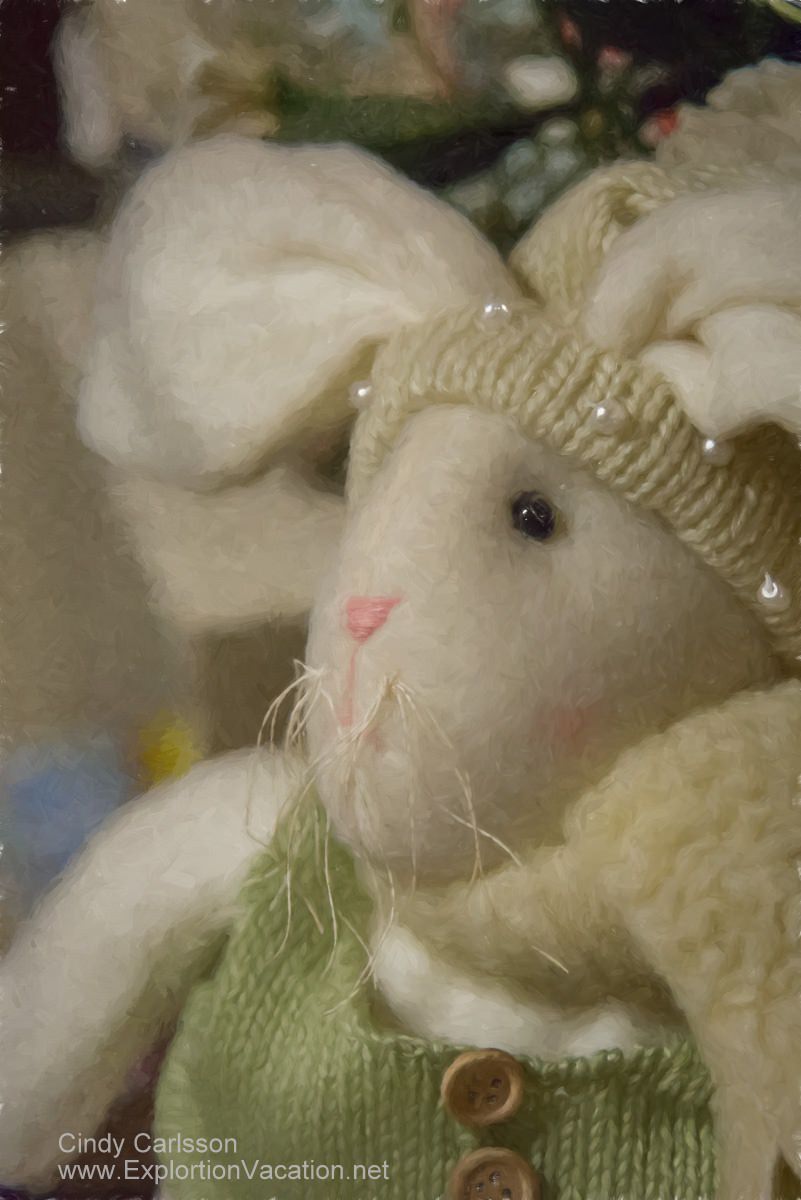 2 thoughts on “Antiques and More at Annabella’s, Bovey, Minnesota”