Xcaret bills itself as eco-archaeological park, so it is not surprising that its advertisements boast that visitors can see jaguars in the park. Still, I wasn’t expecting to actually see one, since the “island” where they are housed is reasonably large and jaguars generally aren’t likely to be moving about much during mid-day. However, the jaguars are fed during the day (apparently you can sign up to help feed them), giving them a reason to be up and around. We only saw one of the park’s jaguars (there are at least two, one of which is black), but we can say that we did see a jaguar. 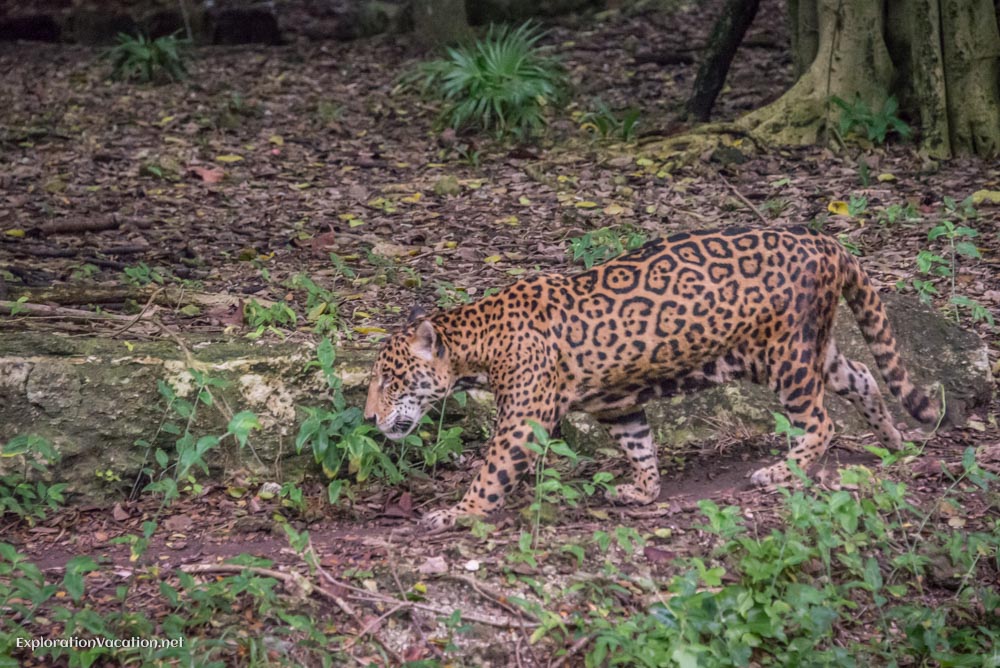 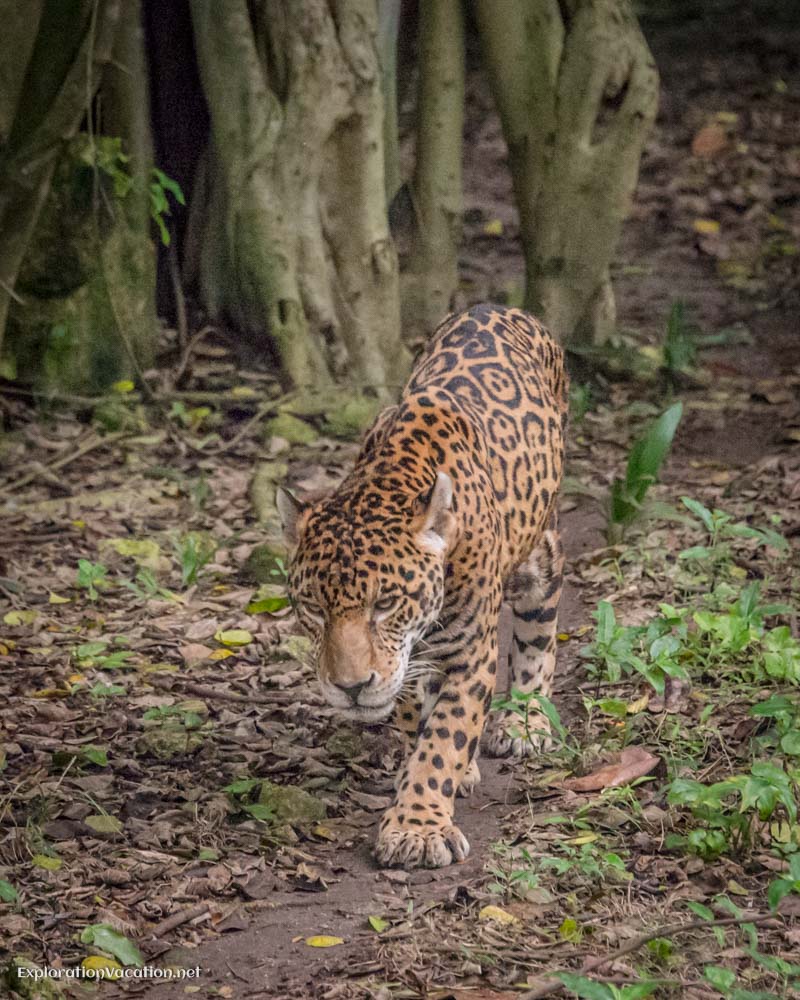 The park doesn’t make as big a deal of its pumas (mountain lions), but there is also an island that houses a pair of them. 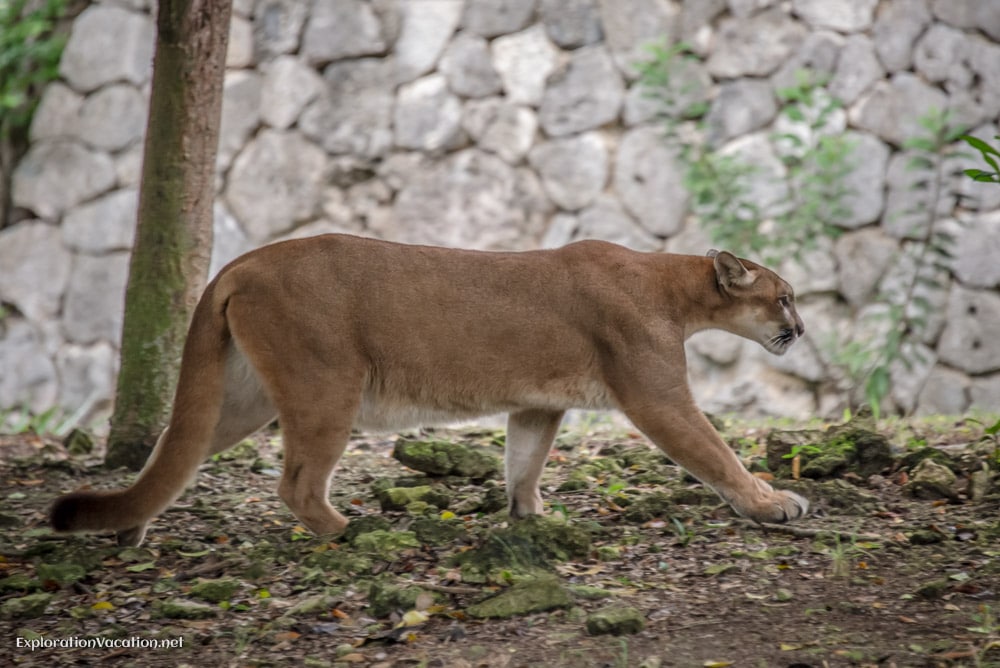 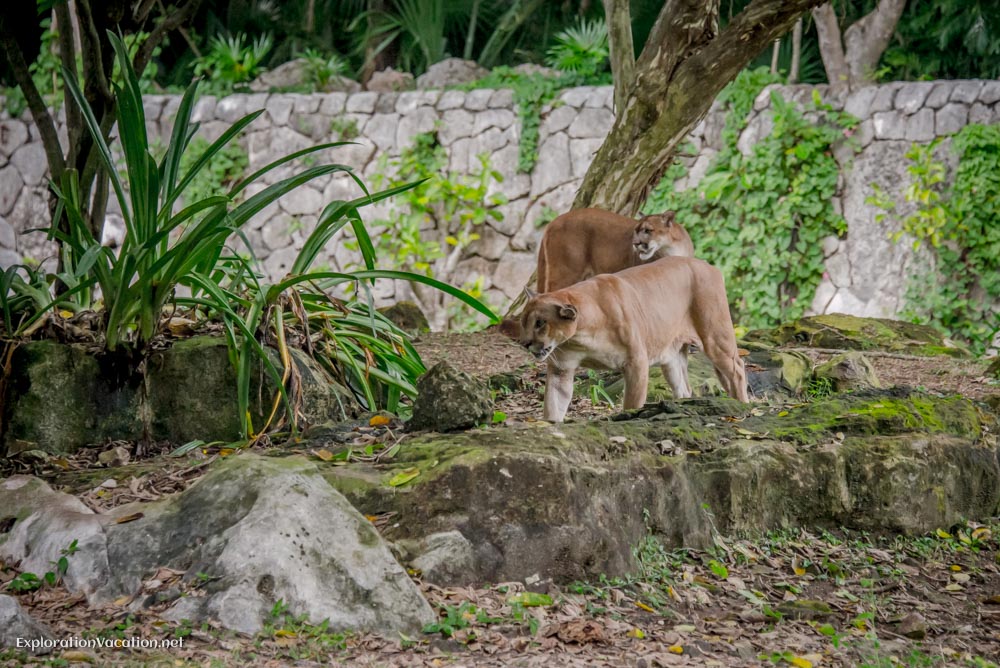 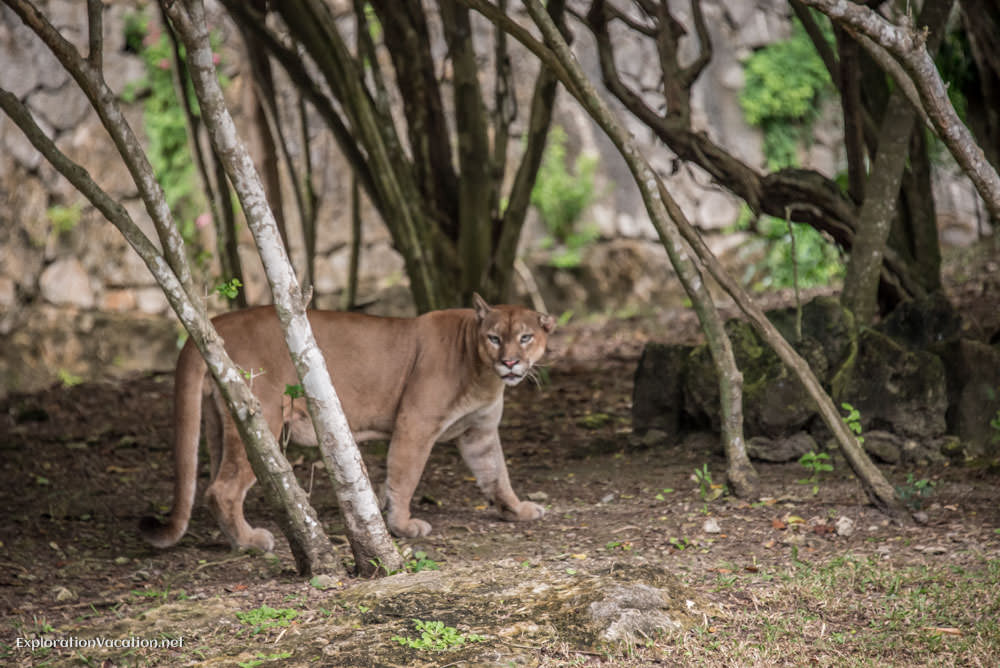 This pair was pretty active, pacing around the perimeter of their island enclosure the whole time we were watching. While they generally seemed oblivious to spectators, one looked up and snarled in our direction when a child near us dropped something with a loud crash. 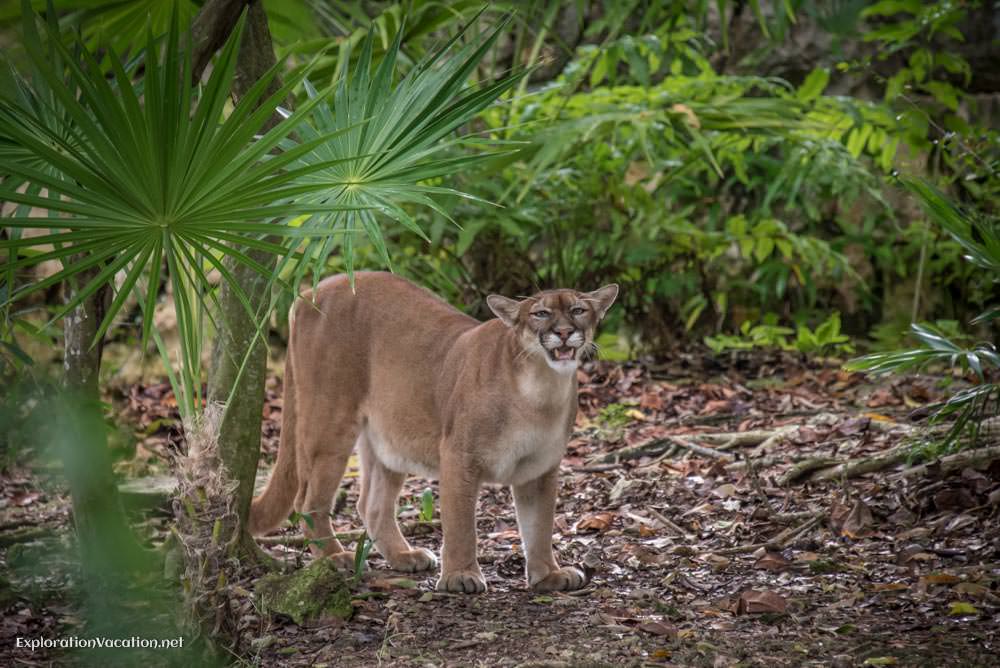 I have a love/hate relationship with zoos, especially when it comes to large mammals like the big cats of the world. These creatures really, really belong in the wild where they have room to roam. However, between poaching and habitat destruction, there isn’t much space left for them in the wild. It’s my hope that seeing these beautiful creatures for themselves will move people to do more to protect these magnificent creatures and the habitat they need to survive. We need places where the big cats are safe to freely roam.

Xcaret is located near Playa del Carmen along Mexico’s Caribbean coast. The jaguar and puma exhibits are included in the price of the general admission ticket to the park.

The park claims that all of the animals that visitors see are either rescued animals or are part of breeding programs that seek to preserve these endangered species.