We notice this even before arriving on a perfect fall day in late September, following an unpaved road that cuts through fields still awaiting harvest.

It is as if we are entering a place far removed from daily life . . . which, in some ways, we are.

Monson Lake is one of Minnesota’s smallest state parks, but it has the basic facilities you would expect at a state park, including an administrative office (closed for the season), a (very short) wooded hiking path, small campground, picnic area, and a dock that provides access to a shallow lake. 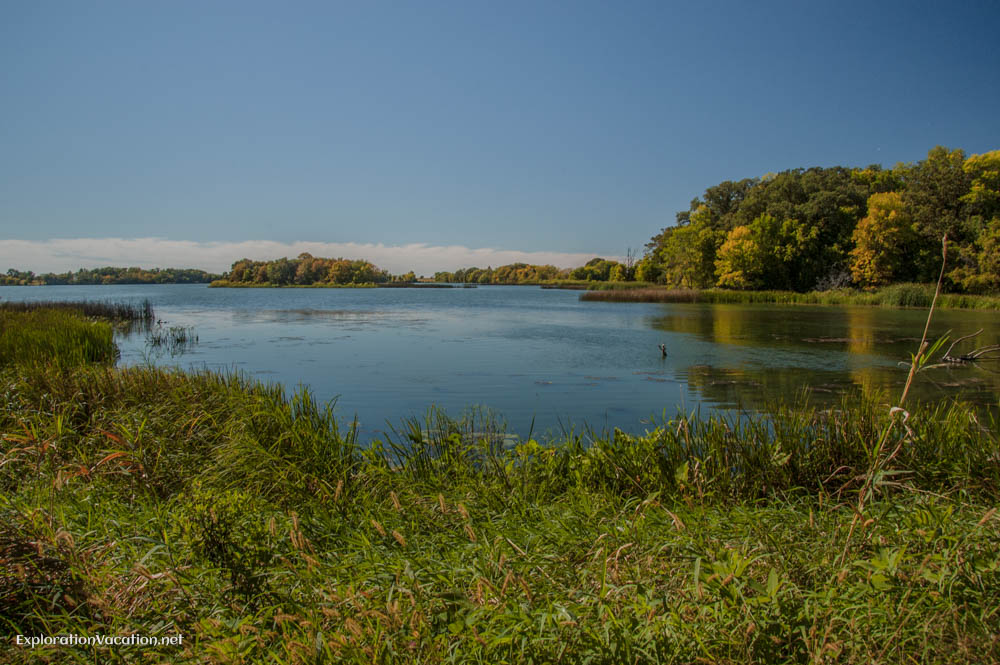 The park is even listed on the National Register of Historic Places for its historical resources, including two park buildings in a setting virtually unchanged since the park’s establishment in 1937.

And then there is the memorial.

One of three such parks in the state, Monson Lake State Park was established as a memorial to 13 settlers killed in the early days of the US-Dakota War of 1862. The site of a cabin where many of the murders occurred, the area had always been treated as a memorial by local residents. In 1917 a formal memorial was established here when a survivor of the attack placed a marker at the site where the rest of his family was slain. This tragic history is the reason there is a state park here.

The marker placed here in 1917 remains today, although it and the spot it marks, seem mostly forgotten and a bit forlorn, like a family heirloom that no one really wants or knows what to do with. 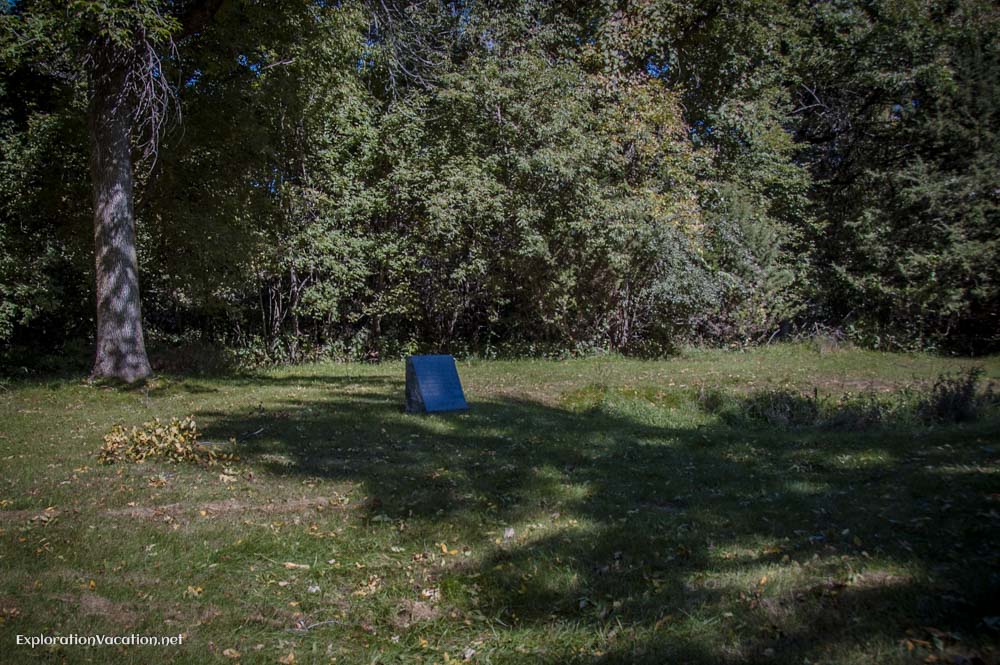 The park was established at a time when the storyline of the Dakota Conflict was a simple tale of American Indian savagery against innocent victims. However, as the story has become more fully understood over time, it has also become more complicated. The families murdered here were bit players in a larger drama that was destroying the lives of the Dakota people. On that horrible August day in 1862 a long line of broken government promises, the desperation of the Dakota, and the ambitions of new settlers themselves came together to tragically seal the fate of this small group. It was one tragedy in a long series of tragedies.

Monson Lake State Park was created to honor the specific lives lost here – to establish their place in history and, by doing so, to remember and celebrate victory over the Dakota. In doing so, the park is itself a historical relic. It is very much a place that time has left behind.

Following the war, 38 Dakota men who may or may not have been guilty of any crime were executed in the largest mass execution in US history. In addition, under a provision that appears to still remain in federal law, the Dakota people were banished from the state forever.

Monson Lake State Park is located near Willmar in central Minnesota. The memorial and cabin site are located in an open area near the park entrance. A couple of other historic markers provide a bit of background and context for the US-Dakota War of 1862. It is a very small park, with fairly limited recreational activities.