Intricately detailed bronzes from Benin allow visitors at the Museum of Fine Arts in Boston to peek into a very different time and place. 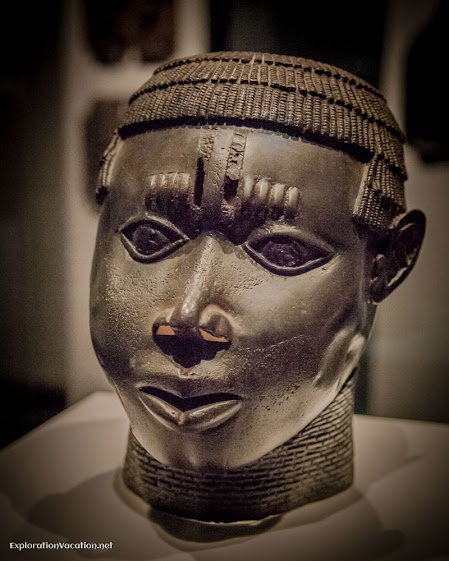 Housed together in the intimate Benin Kingdom Gallery, these 15th and 16th century bronze masterworks (from present-day Nigeria) are part of the Robert Owen Lehman collection. The heads are believed to depict kings defeated in battle, and they are so lifelike that I almost expected them to turn and speak to me. But, of course, even in silence, they tell a tale of an elaborate, artistic, and highly skilled culture that flourished in Benin between the 13th and 19th century.

Boston’s Museum of Fine Arts has an enormous collection that spans history and covers the globe. (The Benin Kingdom Gallery is just one small exhibit.) It’s a good place to get lost for a day or two.