Wandering along University Avenue in Saint Paul this morning, I came across a Memorial Day celebration at the Lao family center. I’m guessing the participants were veterans of America’s Special Guerrilla Units (SGUs), Hmong soldiers who served the US in Laos during the Vietnam War. 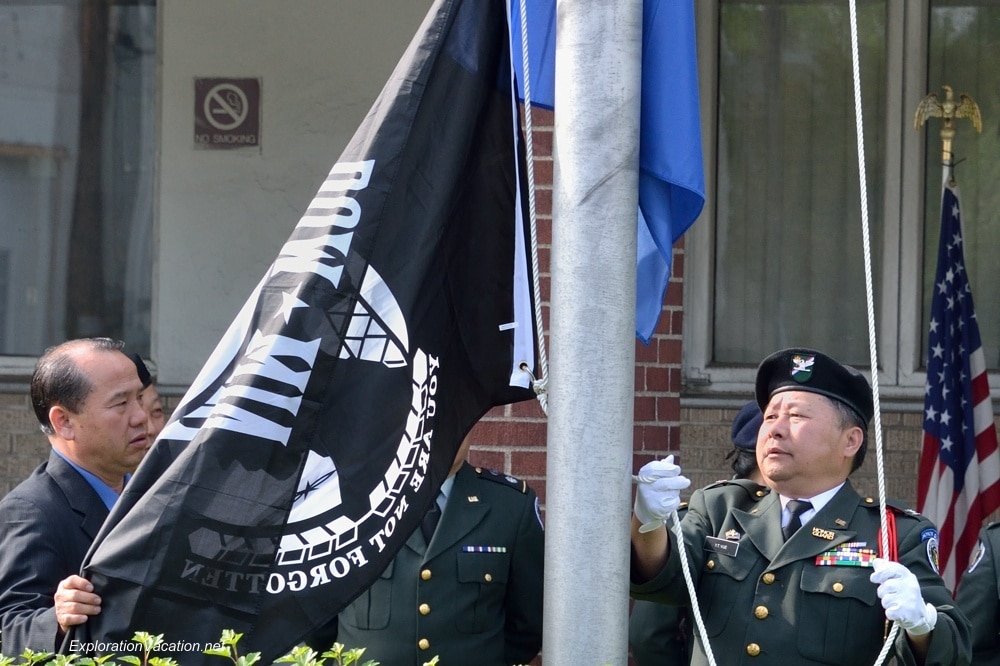 In many way these are America’s forgotten soldiers — recruited, trained, armed, and directed by the CIA, but largely ignored once the US withdrew from Southeast Asia.

Like so much about the Vietnam war, Americans seem to be satisfied to feign amnesia, to pretend the war never occurred, rather than to delve into its messy and uncomfortable reality. That is a disservice to the veterans – those raised in the US as well as those from Asia — who risked their lives to serve this country. No matter how ill-founded the country’s policies may have been, we need to recognize and celebrate those who served.

Saint Paul has a large Hmong community and many Hmong homes, businesses, and cultural and social service organizations can be found in the Little Mekong area along University Avenue in Saint Paul.