I love to travel and I have traveled at least a little all my life.

That may not sound very impressive, but I grew up in a place where few people expressed any curiosity about the world beyond our small town. Fewer still traveled farther than the nearest regional shopping center. It was a culture with a strong sense of place, as if the difficulties faced by previous generations as they established a life here forever blinded these families to the enticements of the broader world.

(Not to mention the fact that many of my neighbors were farmers with at least some cattle. Cattle, particularly dairy cattle in need milking twice a day, are an impediment to travel.)

Both of my parents were from someplace else, as were their parents, so setting out for somewhere new might be part of the genetic code. At the very least we were guaranteed trips to visit relatives in other parts of the state. But I think it was more than that. My parents, particularly my father, were keenly interested in the larger world and wanted to see the places they saw on TV for themselves. Fortunately, they were usually willing to take their kids along.

As it was for many men of his generation, my father’s introduction to the larger world began in the army. In a fortunate turn of fate, he ended up in Berlin, Germany, in 1958-59. 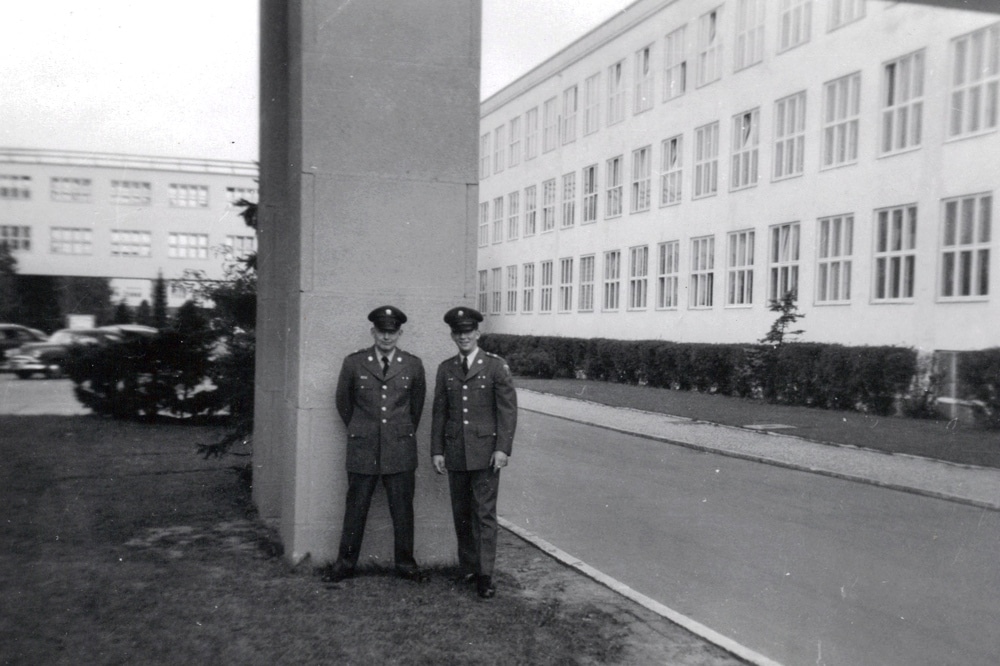 I think Berlin was a revelation. He served in divided West Berlin between the end of WWII and the construction of the Berlin Wall, and he seems to have loved every minute of it. He made friends within his unit and, together, they explored a city as it began to come back to life. With the purchase of a good German camera he began to document a city that, like him, was being transformed on a daily basis.

Back home, he settled into a job, got married, and started a family. We grew up hearing about Berlin, but that hoped-for return trip was beyond his budget at the time. Instead, he focused on making sure his children saw their own country. Family road trips became a staple of my childhood.

The first family vacation (defined as staying overnight somewhere other than a relative’s house) seems to have been a short trip to Minneapolis in 1970.

This was followed by a trip to Winnipeg (international travel!) in 1973. The motivation was probably a desire to visit an army buddy living in International Falls (my father liked to combine his travels with visits to friends and family, which is my preference as well), but it seems to have been a test run as well. Were we ready to travel as a family and how cheaply could we do it?

This could well have been our last trip, as my mother got a night’s worth of rain dumped on her one morning when the awning on the (borrowed) tent collapsed. However, my father upgraded to a pop-up camper and we were off again the next year. We went west this time, to the World’s Fair in Spokane, Washington, with stops at the Badlands, Yellowstone, and the Bighorn Mountains. 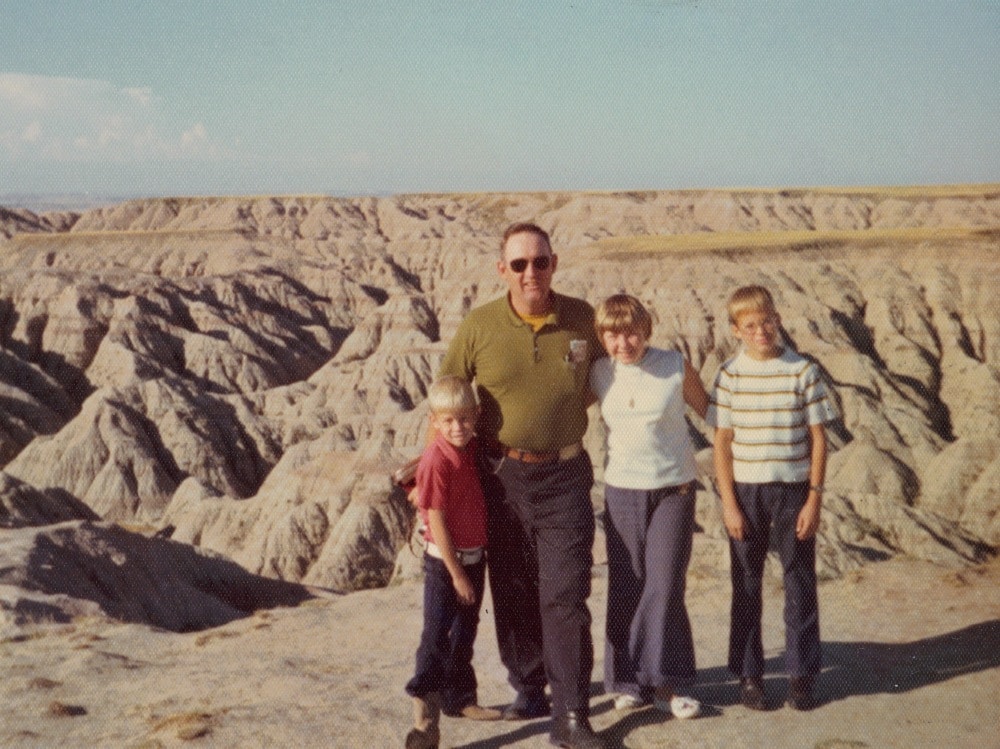 Thereafter long family trips were undertaken about every two years. They were always road trips with great scenery, iconic sites, and lots of history museums. Those trips included Niagra Falls, Dearborn in Michigan (the Ford headquarters), Tom Sawyer’s home in Hannibal, and the highlights of Nashville, Florida, New York, and Washington DC. 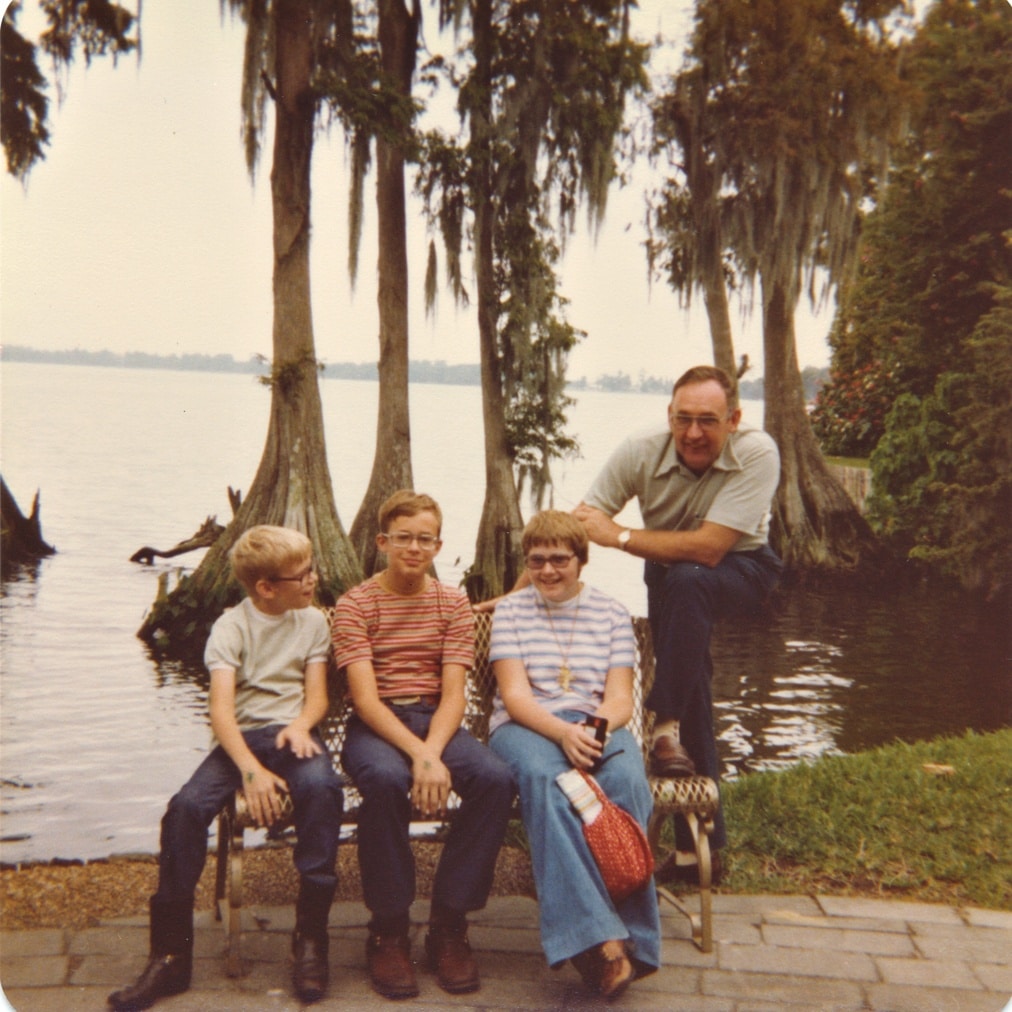 These trips included great scenery, gardens, and historic sites and museums. They also included long drives that often ended after dark (requiring all of us to learn how to set up the camper quickly and quietly without being able to see what we were doing) and shortcuts that weren’t short. They required patience and flexibility in order to make the most of our time.

Then I headed off for college and my brother to the military and the family trips mostly came to an end. I embarked on travels of my own, from short jaunts around the state to a study tour in Europe. Meanwhile my parents continued their travels around the country and made their first trip to Europe so my father could revisit Berlin and the Swedish cousins.

For years we traveled separate, but sometimes parallel, paths. My parents bought a motor home and embarked on long, wandering trips across the country, ending in Arizona for the winter. They visited Alaska and Hawaii and took group tours to the East Coast with friends. There was a return trip to revisit Berlin and the cousins. 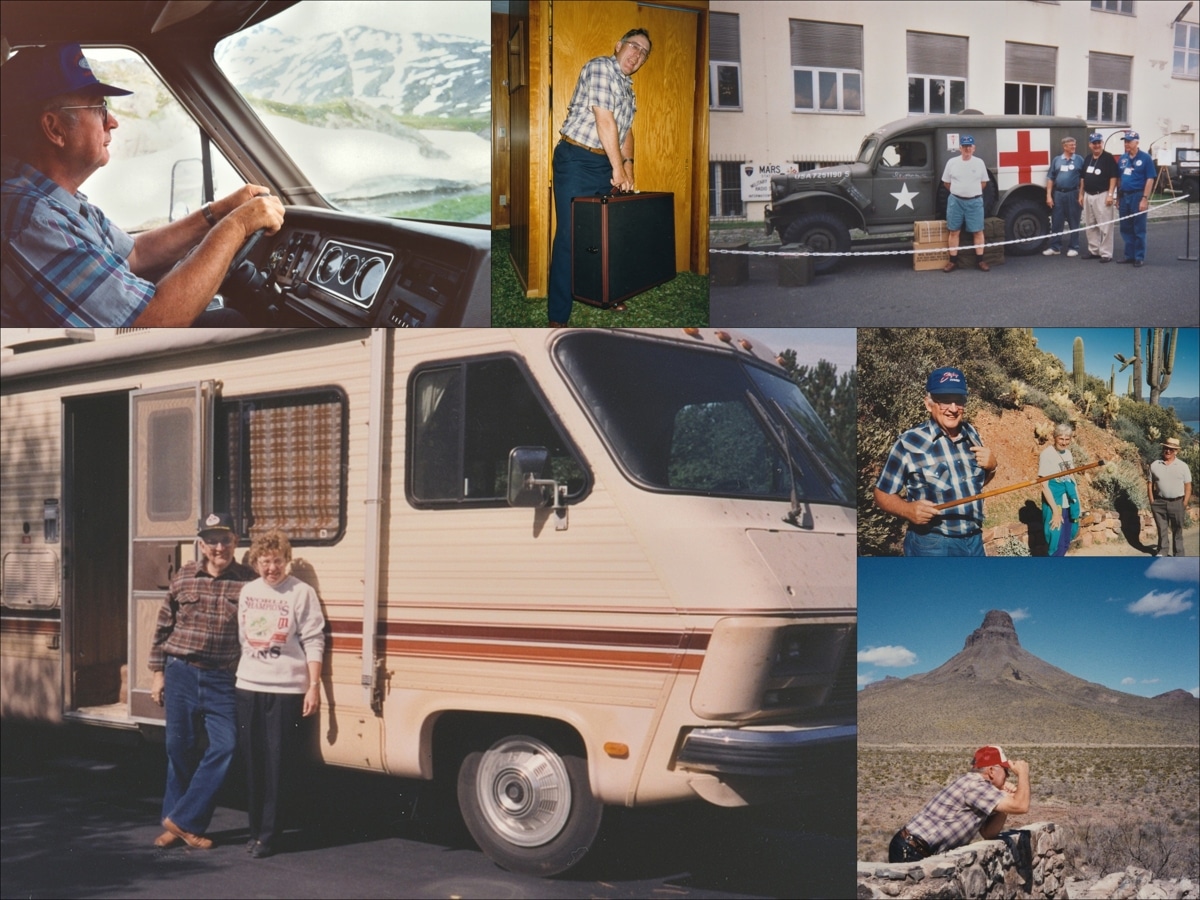 At the same time, I made a couple trips to Europe, visiting the Swedish cousins but never getting to Berlin. My husband and I embarked on multi-week driving trips that took us across much of the US, but staying at hotels instead of bringing our lodging along with us. While my parents wintered in Arizona, my husband and I toured Asia, South America, and Africa; visited tropical islands; and cruised the Pacific.

In recent years our paths began to converge again. I made more time to visit them in Arizona, seeing the area through their eyes, photographing the desert with my father, and, more recently, serving as their driver and travel guide as we revisited favorite spots and explored new ones. 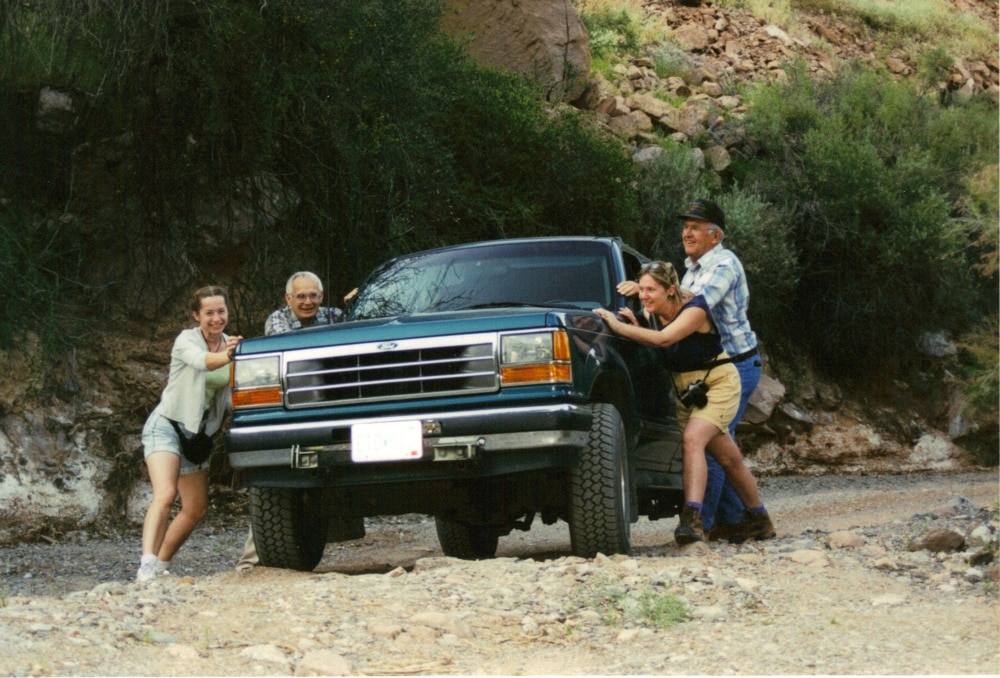 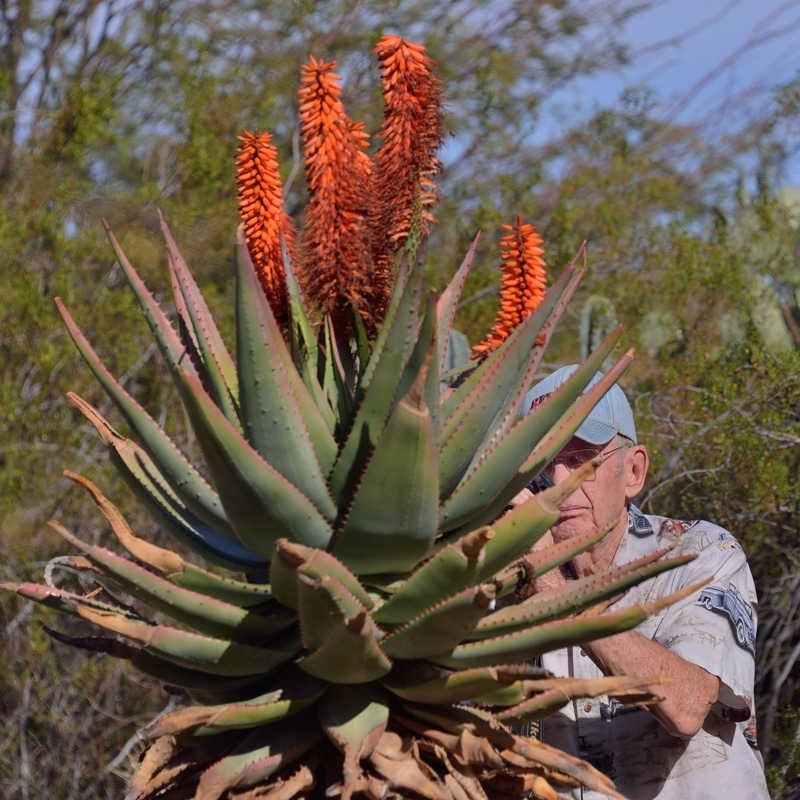 In 2010 I took my father to Europe for three weeks. He wanted to attend a Berlin military reunion, visit the cousins in Sweden, see the Eagle’s Nest in southern Germany, and travel to Norway. My mother was not interested. This was my chance not only to finally see Berlin, but to see it through his eyes. I agreed to take him to the reunion, the Eagle’s Nest, and the cousins, if he would agree to visit Salzburg. Since my father had never been to his mother’s home in Finland, I convinced him to go there instead of Norway. 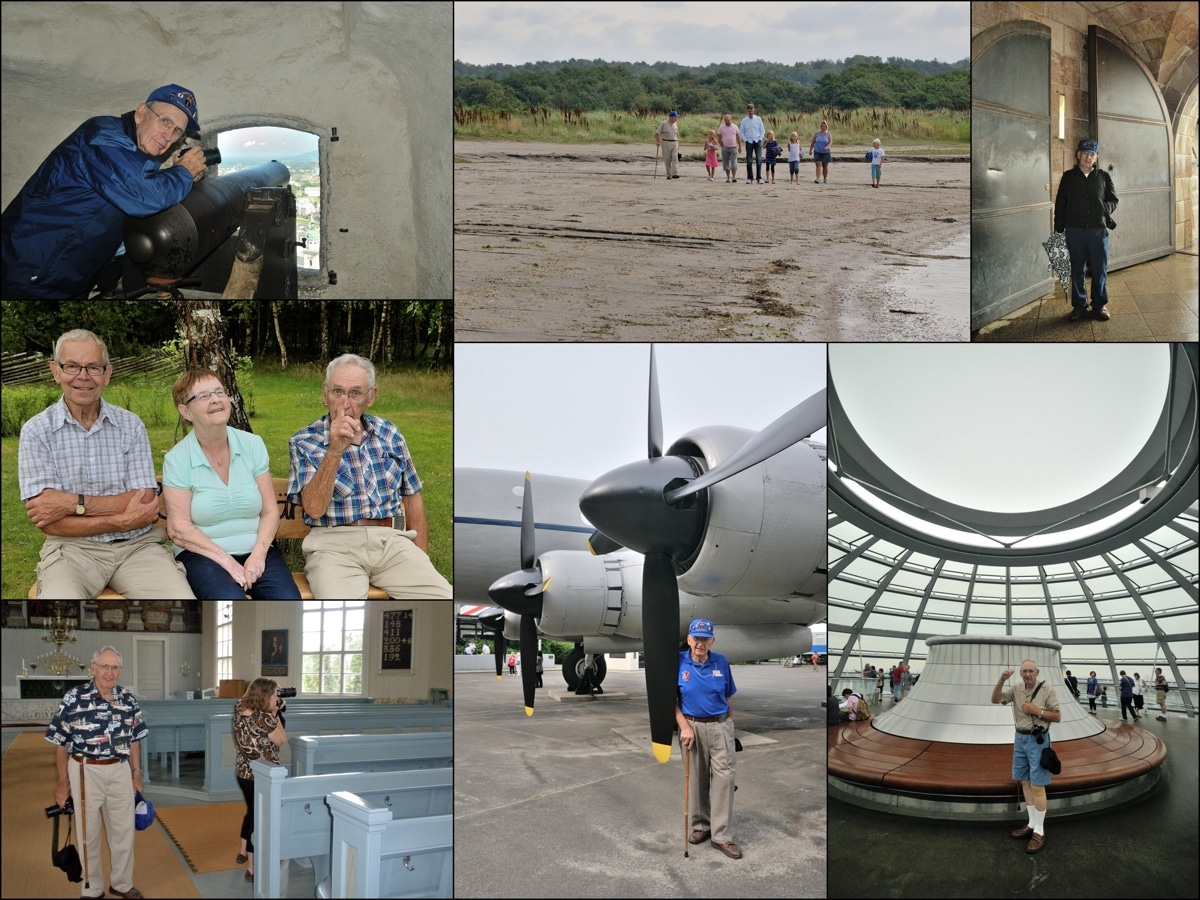 That trip was amazing – delightful, exhausting, enlightening, and frustrating. The places we visited were interesting and beautiful, his reunion gave me a deeper understanding of both my father and his place in history, we spent time with a friend of mine in Berlin and cousins in Sweden and Finland, where my father met some of his first cousins for the first time and stayed in the house where his mother was born and raised. At the same time, I wasn’t used to being totally responsible for anyone besides myself and my father’s frustration with (and refusal to adapt to) the aging process made everything more difficult for both of us. There were too many times when I escaped into my photo editing just to have some time to myself, realizing even as I should make better use of this precious time with my father. For his part, my father was clearly frustrated by the things he could no longer do, but didn’t let that stop him from soaking in every moment, joyful to be there and completely patient with me even when I made mistakes and was frustrated and crabby. It was a wonderful trip, but even at the time I wished I was a better, kinder, more engaged and patient travel partner.

I have been plotting future travels for us ever since. He wanted to see Australia, which seemed challenging, but he also wanted to see Paris and the Panama Canal, and, of course, there was Norway. These seemed like realistic possibilities, places he could visit from a comfortable base or a cruise and where I could enjoy our time together instead of stressing over the unending details of travel. It was so good to see the world with him again, but I also wanted to be able to return the gift he had given me with all those childhood trips by making it possible for him to see more of the world. Mostly I wanted a do-over, an opportunity to really enjoy my time with him and be as good a traveler as he was – as curious, open, and fun.

I’ve seen both Paris and the Panama Canal and I would love to show them to my father. I would love to explore Norway with him. Maybe even figure out a way to visit Australia.

But now he’s gone. There won’t ever be another trip with my father.

While I still don’t know how to accept that reality, I am trying to be sure that I remember and work to embody all the lessons about travel – about being curious, open, friendly, willing to step off the main road, taking time for friends and family, and interested in all the world has to offer – that he taught me. 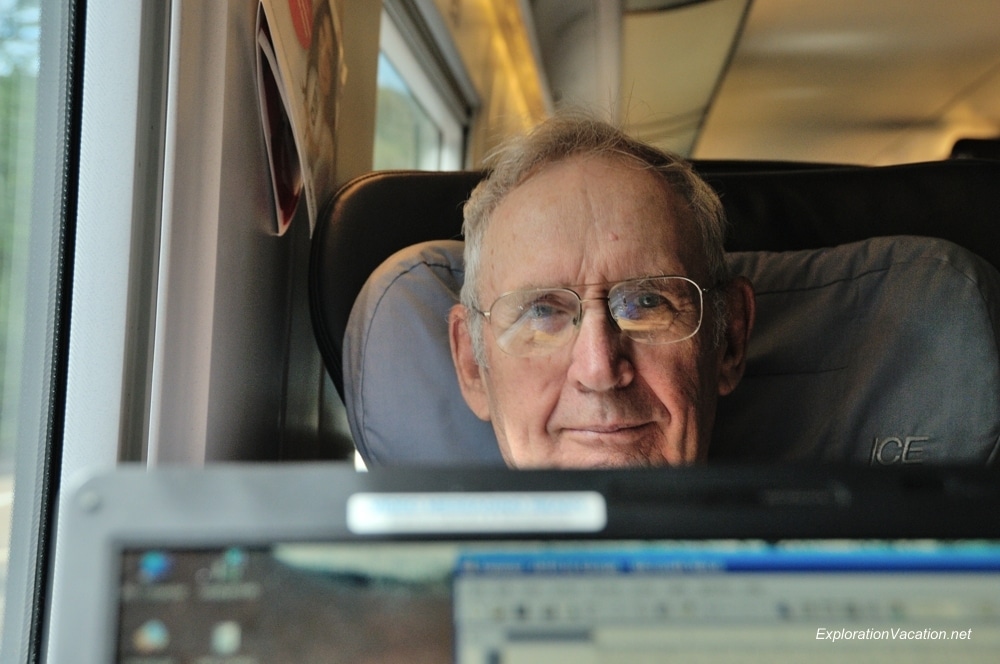 I love you, dad. I’ll always miss you.

Christmas in Minneapolis 1970
Jimmy Carter becomes President, Sanibel Island
Dads and Daughters Day in the Desert
Europe with My Father 2010

4 thoughts on “A Gift from My Father: A Love of Travel”