History is a fickle lover, turning against the great leaders she once adored when the tides of fate bring new leaders and new ideas to power.

Evidence of this rests in a nearly hidden patch of grass in Spandau’s Citadel where the remains of statues of the great men of Brandenburg and Prussia stand in forlorn alignment. 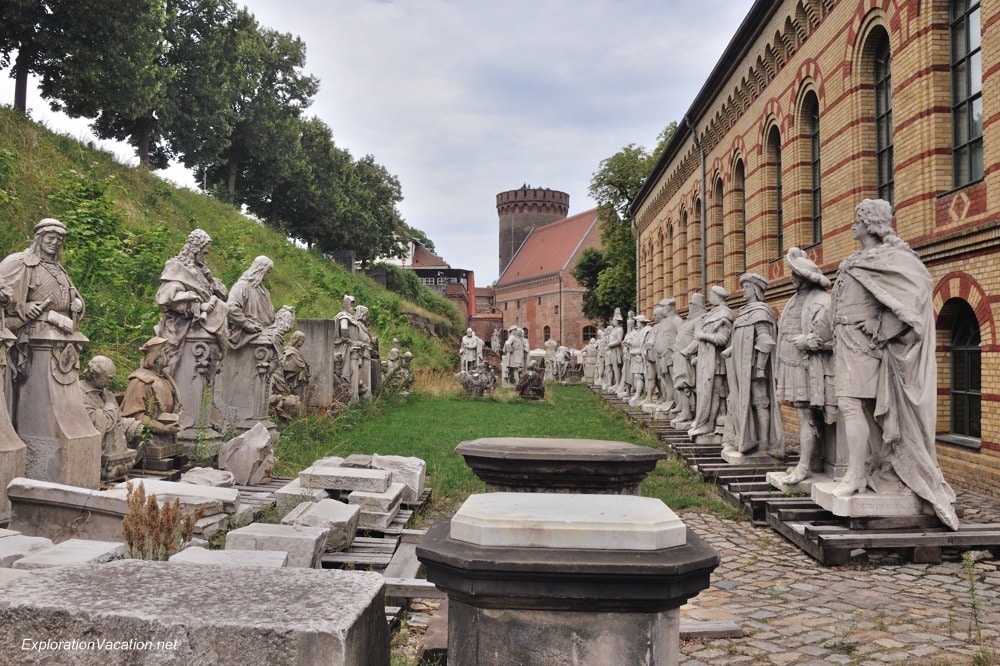 These are the remains of a set of 96 statues depicting the princes of Brandenburg and Prussia and their advisors, beginning with Albrecht the Bear (1100-1170) and ending with the Kaiser and King Wilhelm I (1797-1888). The statues were commissioned by Kaiser Wilhelm II in 1895 as a gift* to the city of Berlin where the 32 figures of royal figures lined a leafy boulevard – the Siegesallee or Victory Avenue — in the Tiergarten park. 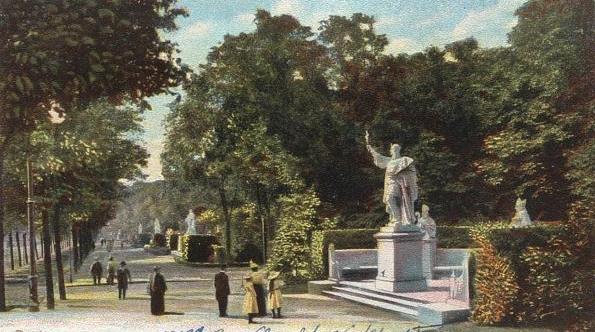 Pre-1902 postcard of the former boulevard Siegesallee in Berlin. The memorial for Albert I of Brandenburg is in the foreground. (Wikipedia Commons)

The statues and accompanying busts remained in place until 1938. At that time Hitler ordered their relocation to another area of the Tiergarten to allow construction of a huge street. They remained in their new location through the war. Many suffered damage and a few were completely destroyed, but others survived, left standing amid a sea of destruction.

But their survival didn’t mean their future was secure. Following the war, the Allied forces decided that these symbols of German military power needed to go. They were destined for the largest of the rubble piles that surrounded Berlin. Instead, most were secretly buried on the grounds of nearby Schloss Bellevue, where they remained until 1979 when they were excavated and relocated to a museum. Upon the closure of that museum, the statues were moved to the Citadel in Spandau for display in a future exhibit.

This is where I found them, neatly lined up in what looked like an old sheep pasture in an out-of-the way corner of the Citadel. 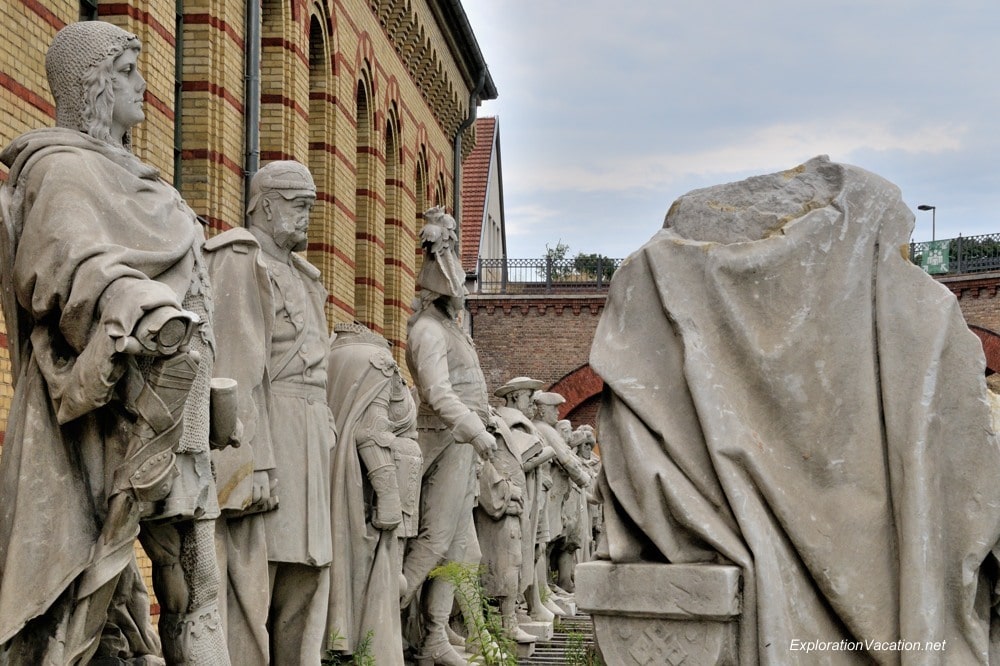 They look lost, a bit forlorn, a little pathetic, rather confused; as if the marble itself is pained by the fall from grace these figures have survived and the uncertainty of their current situation.

They are not all here, of course — some of the figures were destroyed during the war or in the years that followed; others were spirited away for safe-keeping, only to disappear from public view; and a few were returned to prominence, like Albrecht the Bear, who lifts his cross from a more prominent location in the Citadel. 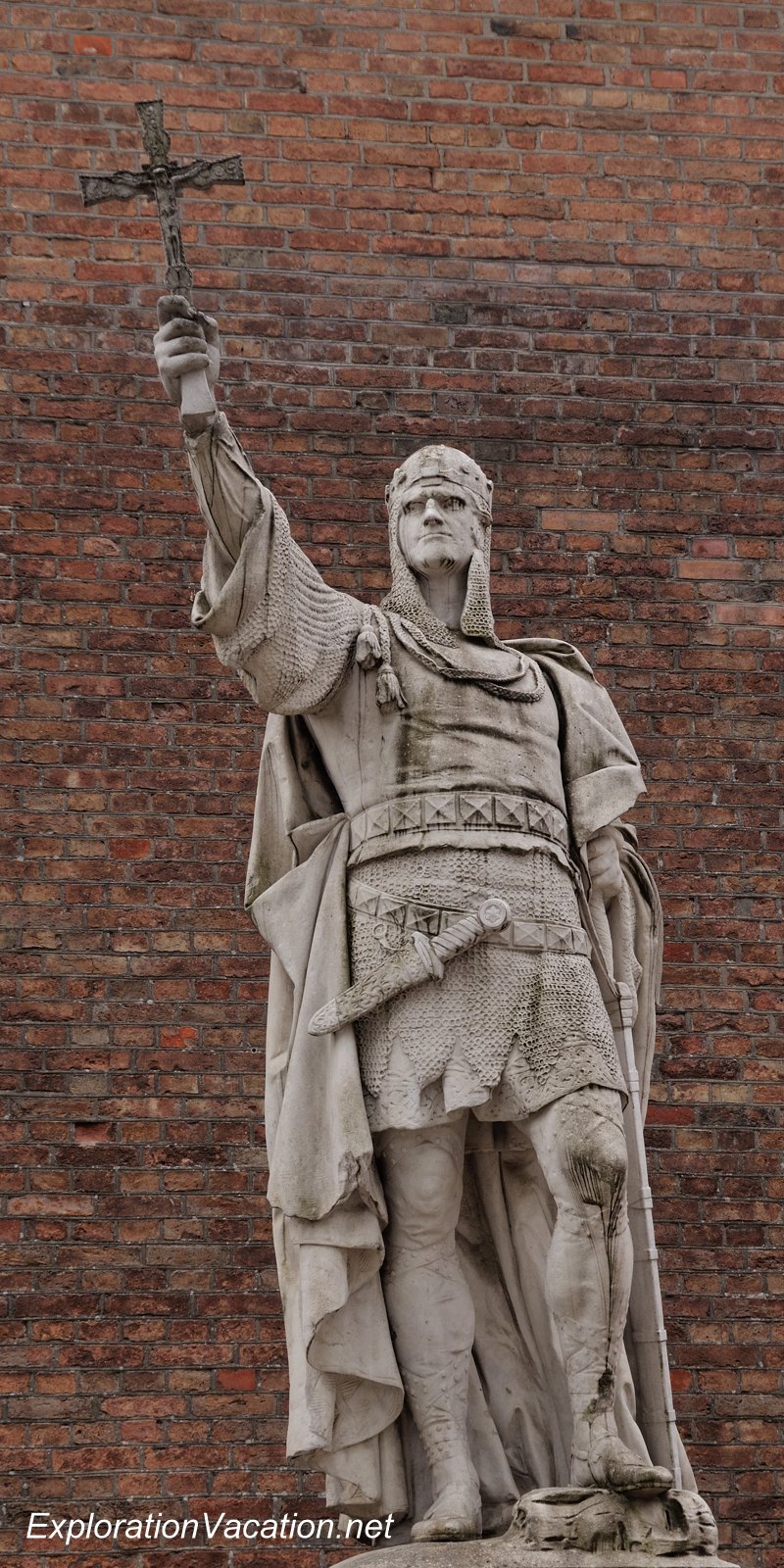 Some figures transcend time better than others.

Perhaps history is not such a fickle lover after all, as even when the statues were erected the population of Berlin is said to have been less than impressed by them. The art community derided the artistic merits of Begas’ work while the general public apparently viewed it as both obnoxious and ridiculous, dubbing the street the “Avenue of the Dolls.” The reverence for these figures may have ended before the monuments were erected.

I visited the Citadel in the summer of 2010. At that time there was a plan to put these and other statues of “uncomfortable” figures (like Lenin) on display at the Citadel in 2013. The exhibit was originally scheduled for 2010. It was delayed several times, but was finally held a couple years ago. It remains unclear what the final disposition of this figures will be . . . probably due to continuing uncertainty over how to respond to these unwelcome reminders of the past. 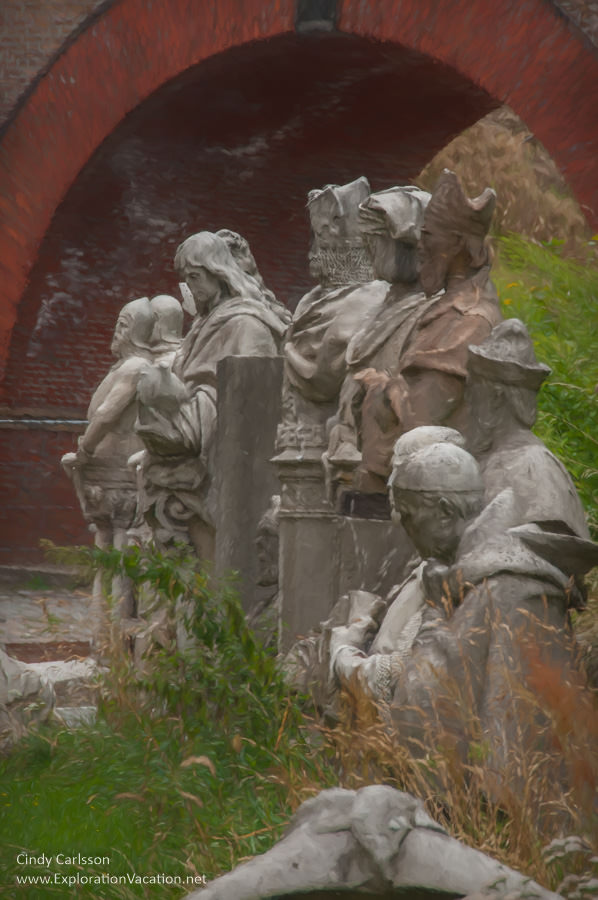 4 thoughts on “How Far the Mighty Have Fallen: The Victory Avenue Monuments, Spandau, Germany”