The El-Attarine Medersa (the Medersa of the Spice Sellers) was founded in 1325 by Sultan Abou Said. A medersa is a place of learning – it is a college that teaches subjects like science, law, and the arts, and it is also a place of spiritual learning. El-Attarine includes halls for teaching, student lodging, and a small mosque that flank the open central courtyard. It is all delicate carved plaster and cedar, unusual square and rounded marble columns, bits of colorful Iraqi glass, and intricate zellij tilework. 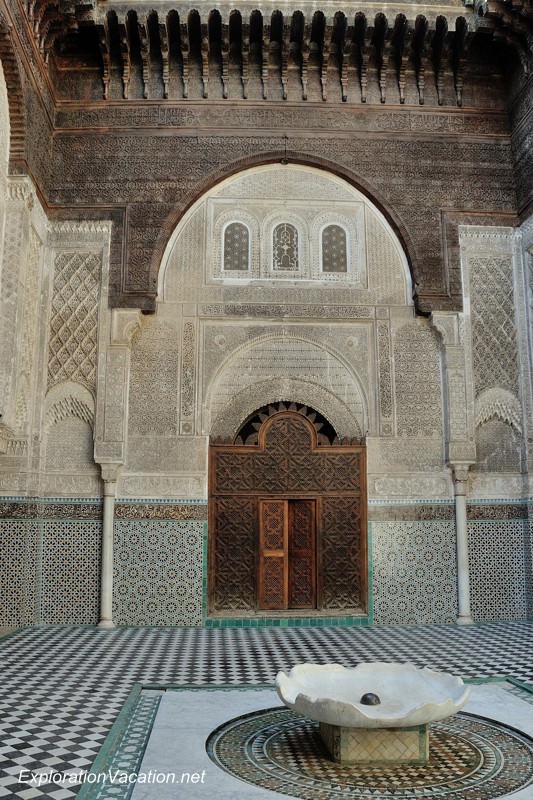 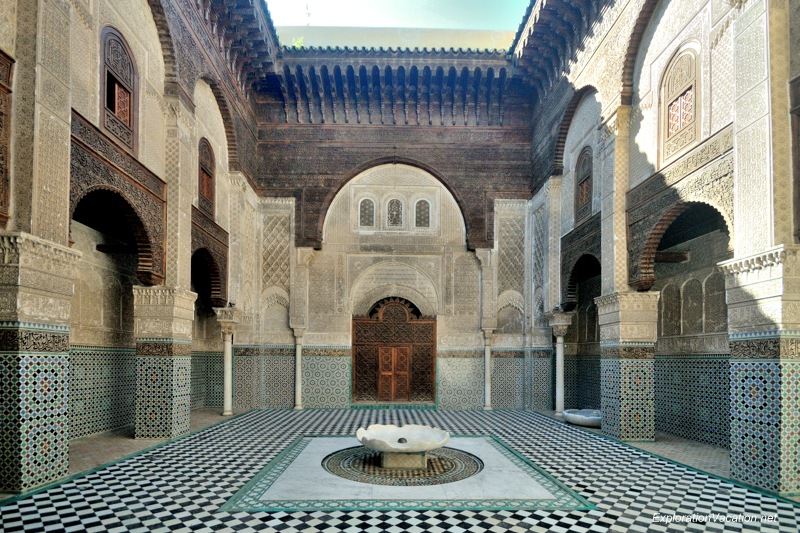 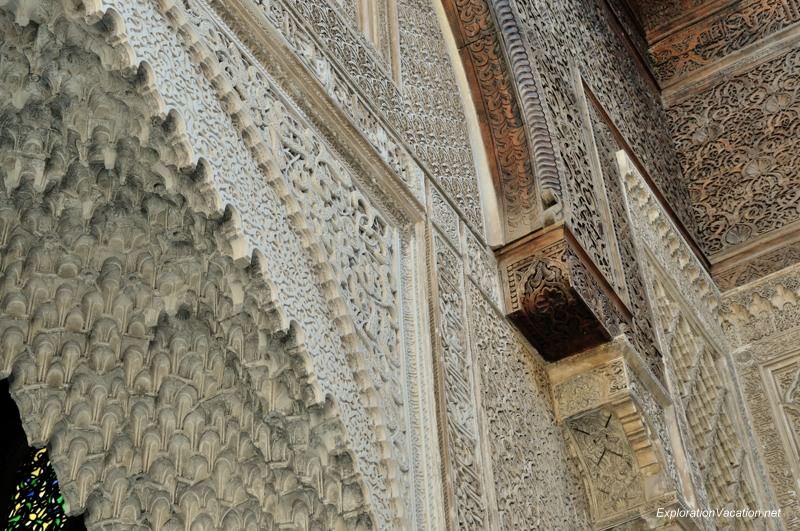 It is a gorgeous, peaceful place – perfect for contemplating life, meaning, and the passage of time.

Or you can just admire it awhile as the work of art it is.

There are several medersa’s in Fès. If you are only going to visit one, usually you would be directed to the Bou Inania Medersa, which was constructed slightly after the El-Attarine Medersa and is generally considered the grandest in Morocco. However, our guide prefers the quieter and more intimate El-Attarine. He believes it is every bit as beautiful as Bou Inania. At least one of my guidebooks agrees, aptly describing it as “one of the wonders of Moorish architecture.”

El-Attarine Medersa is open to non-muslims for a small fee.

Restoration was completed in 2010. Those repairs are currently visible as spots of brilliant white plaster, but will blend in over time. The restored medersa is looking absolutely beautiful.

Touring the Medina in Fès
All Morocco posts