Visitors to Essaouira have two basic lodging choices: in the medina or on the beach?

We stayed in the medina, which gave us an ideal base for exploring the city.

We enjoyed our stay at the very affordable Riad Al Madina in the heart of the medina. 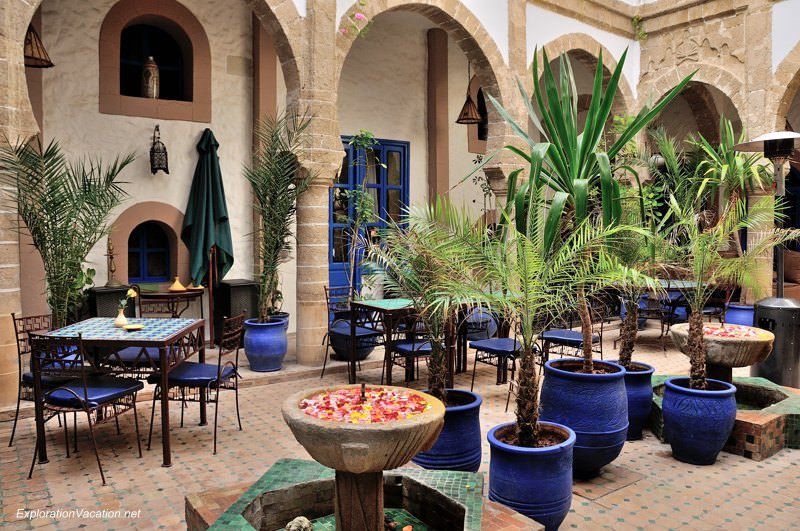 The Riad Al Madina was simple, but traditional and welcoming, and it served as a great base for exploring the city.

While out wandering the medina one day, we caught a glimpse of the Riad Mumtaz Mahal through its open door. I couldn’t resist going in to check it out. 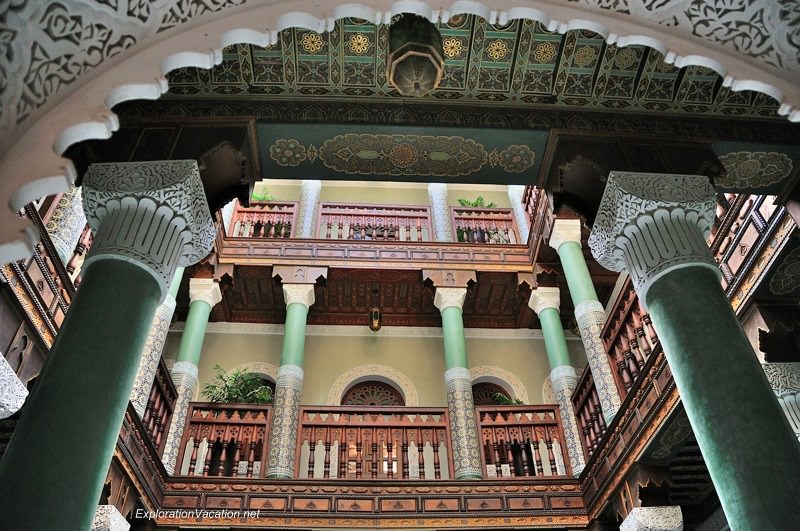 I didn’t have a chance to see the guest rooms, but I suspect they are every bit as lovely and luxurious. It’s an option I would look into if I were to return here.

There are a number of other riads within the medina, but most of the city’s rooms are located outside the medina near the beach.

This is a very convenient location if you are planning to spend most of your time at the beach, and there are a number of restaurants in the area. Most lodging in this area seems to be in modern hotel rooms, few of which are in traditional or architecturally interesting buildings. In addition, while only a short hike from the medina, that walk is not particularly inviting or interesting.

As is usually the case, staying in the medina has a few disadvantages. Chief among these in Essaouira is the fact that luggage must be hauled into the medina from parking areas outside the gates. To facilitate this transfer, every riad in Essaouira seemed to have their own luggage carts.

Of course this also means that, aside from an occasional motorbike, there are no motor vehicles on the streets within the medina. It seems like a good trade-off.

Ready to book a room in Essaouira? Find the best deal, compare prices, and read what other travelers have to say at TripAdvisor (As a TripAdvisor affiliate I receive a small commission – at no cost to you – on bookings made using this TripAdvisor link.)

2 thoughts on “Lodging in Essaouira, Morocco”