The Riad Al Madina is located in the heart of Essaouira’s historic medina. It’s a great location, on a lively shopping street near both the harbor and a few good restaurants. Our navigation of the medina was simplified by the riad’s location within sight of distinctive towers both at the end of the block and on a mosque a bit farther along. Shopping is located literally outside the door. Almost everything else the city has to offer is also nearby, but all is tranquil inside. 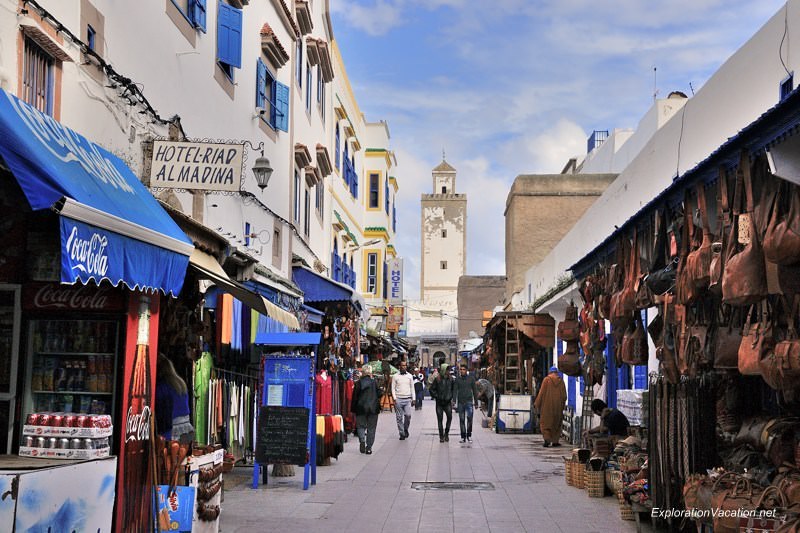 The riad is located in a house built in 1871. Like most historic riads, this one is an elegant maze of connected hallways, stairways, and rooms built around several courtyards of various sizes. 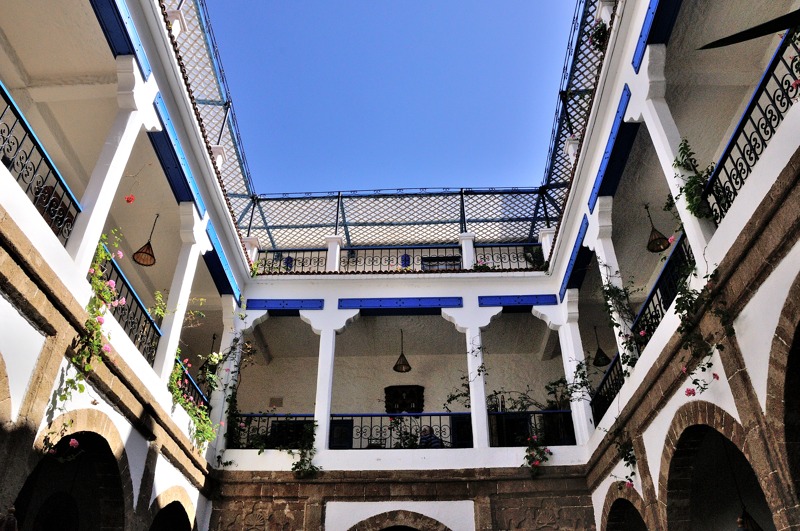 The riad was full during our stay, meaning we did not get a room along the lovely central courtyard. Instead, we were in a room tucked up under the rafters at the top of a narrow, rather dark stairway. The room itself was large, comfortable, bright, and airy.

Breakfasts were traditional, with wave after wave of freshly-made Moroccan goodies. When the weather was nice, breakfast was served in the lovely main courtyard. When it was raining, as it was on our departure, tables were moved along the edge of the courtyard and the space generally reserved for use in the evening as a restaurant or bar was opened as well.

The Riad Al Madina is not one of the fanciest in the city, but it provides comfortable lodgings in a historic property at a very reasonable price.