The harbor in Essaouira seems to always be crowded with fishing boats, some larger vessels, but mostly small traditional boats painted brilliant blue. 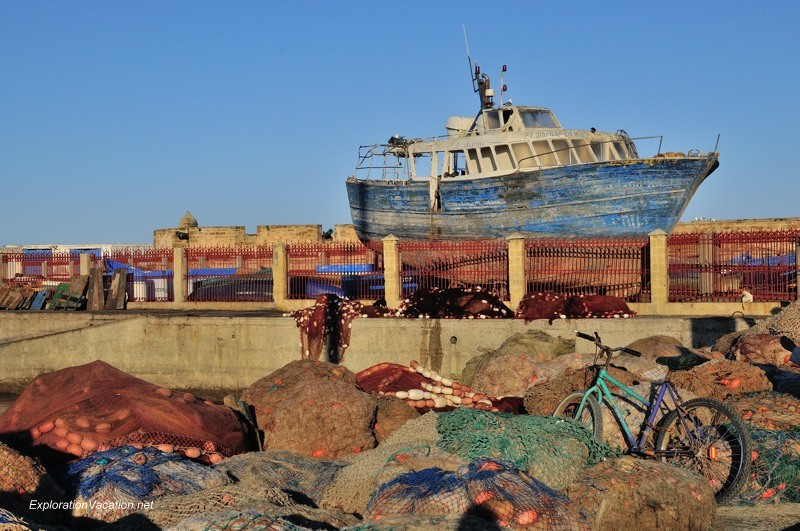 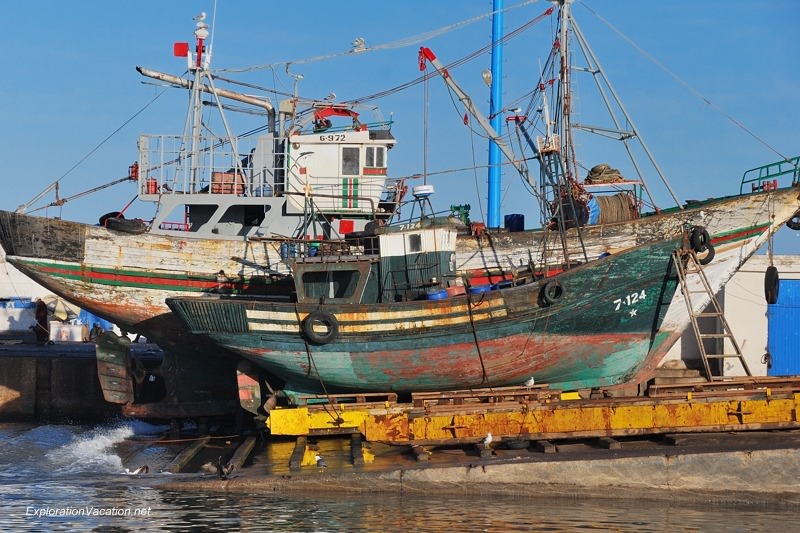 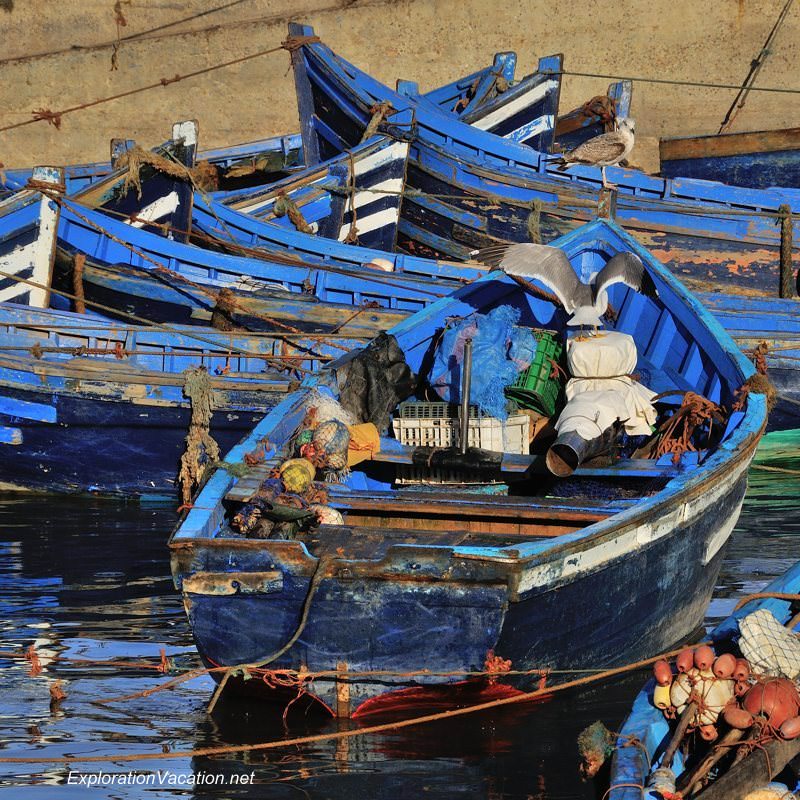 I had assumed that the market would be open only at the very start of the day and that I missed all the action by not getting up with the sun. However, there was still plenty of action when I finally arrived at the harbor as some fisherman cleaned and sold their catch while others cleaned their boats and pulled in the nets for repair. 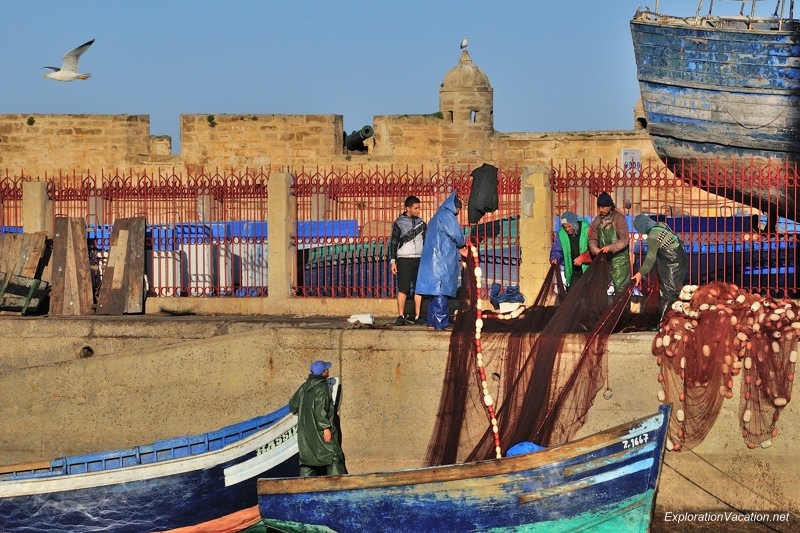 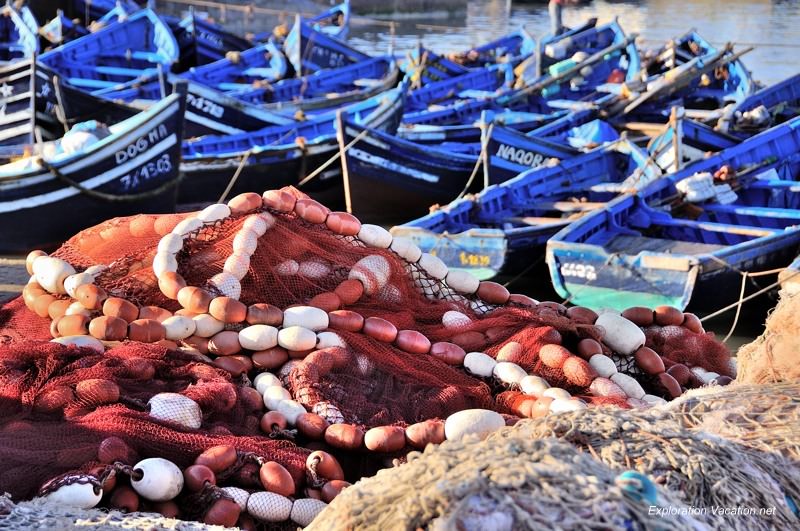 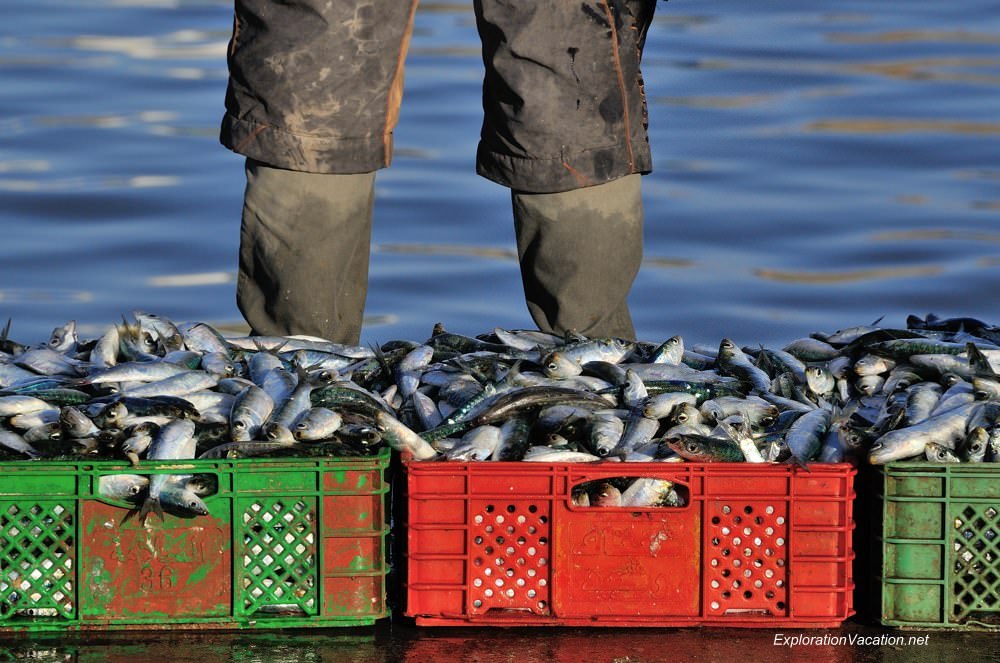 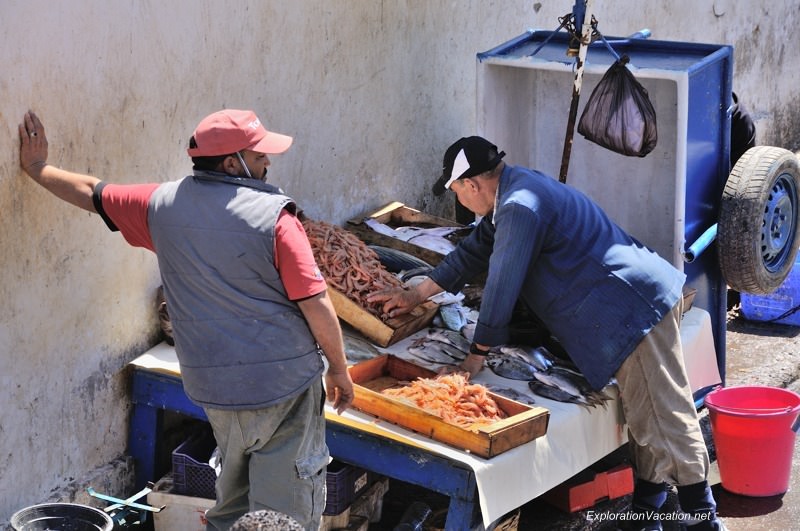 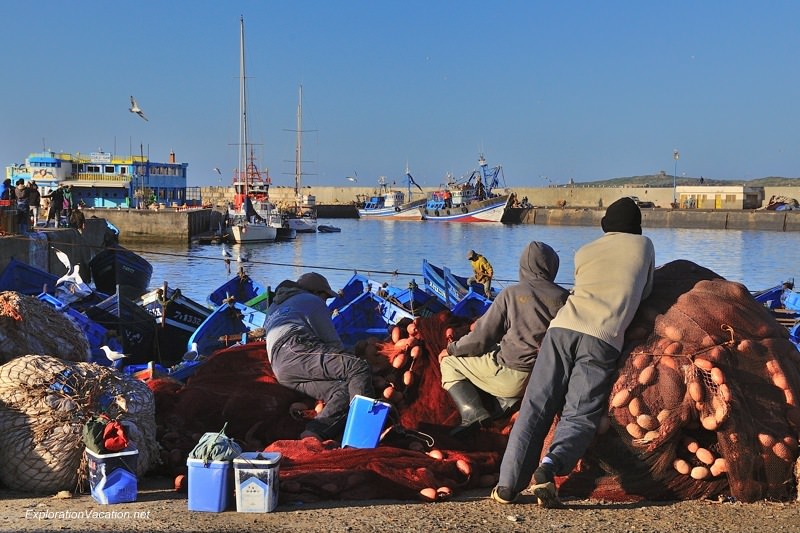 The small blue boats of Essaouira are largely family-owned. This was once the most important port in Morocco for sardine fishing, an industry that was built on boats like these. While no longer a major port, this fleet still provides much of the fresh fish served in cities all along the coast.

Of course, they also ensure that there is plenty of fresh fish available for my lunch and dinner right here in Essaouira.