The Scioto River runs through the heart of Columbus, Ohio. Much of the riverfront is now parkland, a key section, the Scioto Mile, is a linear park running along the city’s historic downtown.

Columbus from the Scioto Mile

We start our walk along the Scioto Mile in Battelle Riverfront Park, near the fire fighter’s memorial with its eternal flame. . . which seems like an odd way to commemorate fire fighters. Wouldn’t a fountain be more apt symbol of peaceful eternity?

But there is a fountain here too, the James Barney Children’s Fountain. It seems like it would be a delightful fountain, with a glass wall and winding waterways to walk between. . . except there isn’t any water in it today. At least the bronze griffin, unicorn, and other wondrous creatures that inhabit the woods around the fountain are still keeping watch.

All of this is supposed to be related to an American Indian fable about a child named Pickaweekee. While I don’t think unicorns and griffins (or lions) figured in native mythology, it does feel like a magical woodland.

A federal building that I believe to be the McKinneary Courthouse stands over one end of the park. (I couldn’t find a lot of good info on most of Columbus’ historic buildings and a number of them, like this federal building, seem to have changed names over time.) It’s undergoing what appears to be a major renovation at the moment, but some of the carved friezes are visible through the trees.

Below the walkway that runs through the Scioto Mile (and looking really out of place), a replica of Christopher Columbus’ Santa Maria is docked along the shore.

(I’m pretty sure that Columbus never reached this Columbus.)

I run into Christopher again outside the elegant City Hall.

Chris was a gift of the people of Genoa, Italy

It’s tempting, but I don’t make a detour to check out the inside. Now I wish I had, as it’s almost impossible to find information (or pictures) of the building. This seems odd, both because it apparently is/was a grand building (the council chamber could seat 400) and because there was a great deal of rejoicing when the old City Hall burned down in 1921, allowing for the construction of this more modern and stylish building. (At the time, the previous Gothic structure was seen as dreadfully tacky and old-fashioned.) How tastes in architecture change! 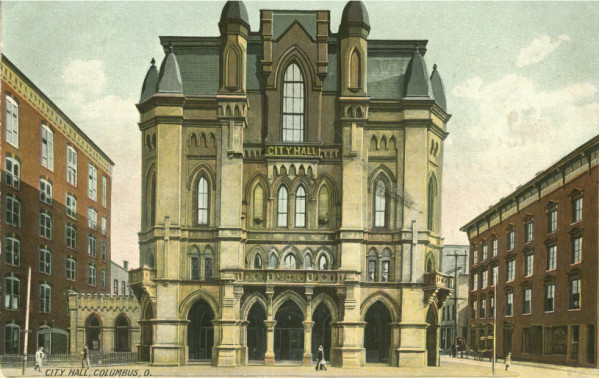 [1908 postcard from the collection of the Columbus Metropolitan Library]

Farther along we come to the 1933 Ohio Judicial Center and Supreme Court Building.

This is another place I’ll have to return to in order to check out the interior and its grand hearing rooms. But for now, I am happy to enjoy the exterior – especially with bronze fish spouting water in front of it! 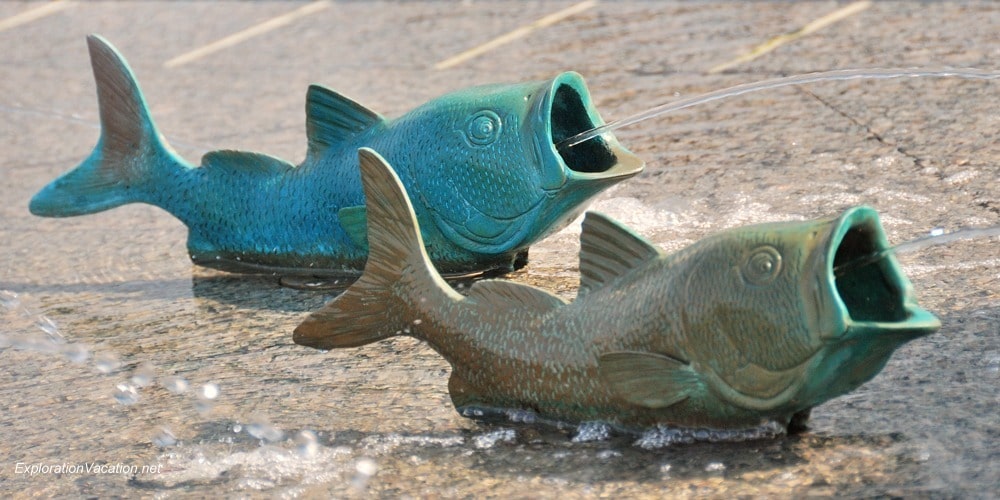 (Just watch out for the great hammer gavel of justice back in the courtyard!)

The promenade follows along the river. On one side we have these and other classic buildings, on the other, the river with views of its bridges and the Veterans Memorial. 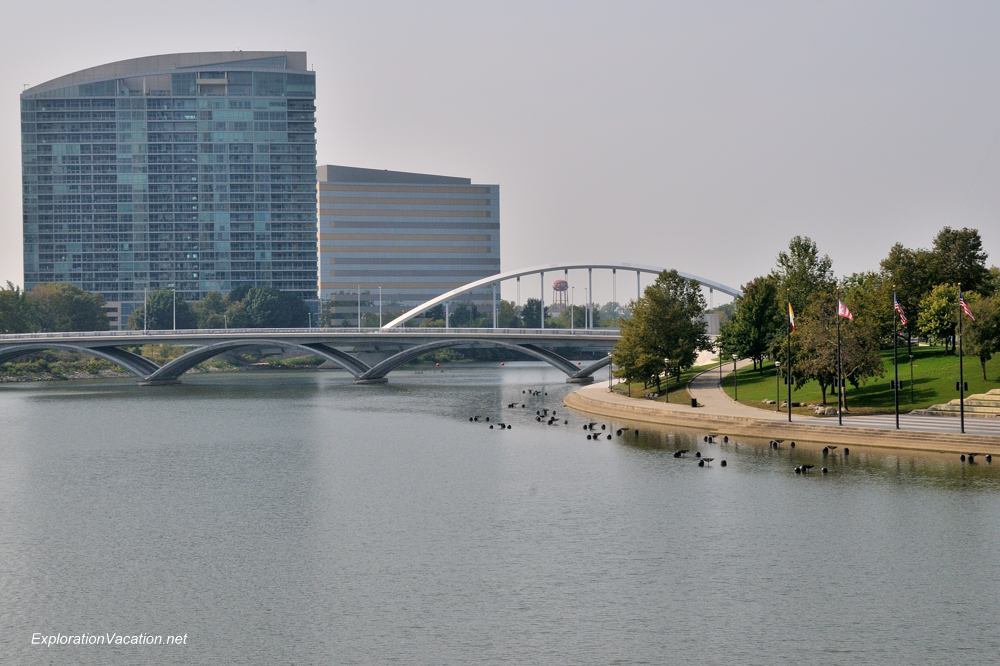 The promenade itself is a pleasant place, with fountains and flowers and welcoming benches.

Farther down, there is a great view of the downtown Columbus; dominated, of course, by the LeVeque Tower.

The Scioto Mile ends (or begins, depending on your starting point) at an enormous fountain – the kind that all but begs you to go play in it – in Bicentennial Park. 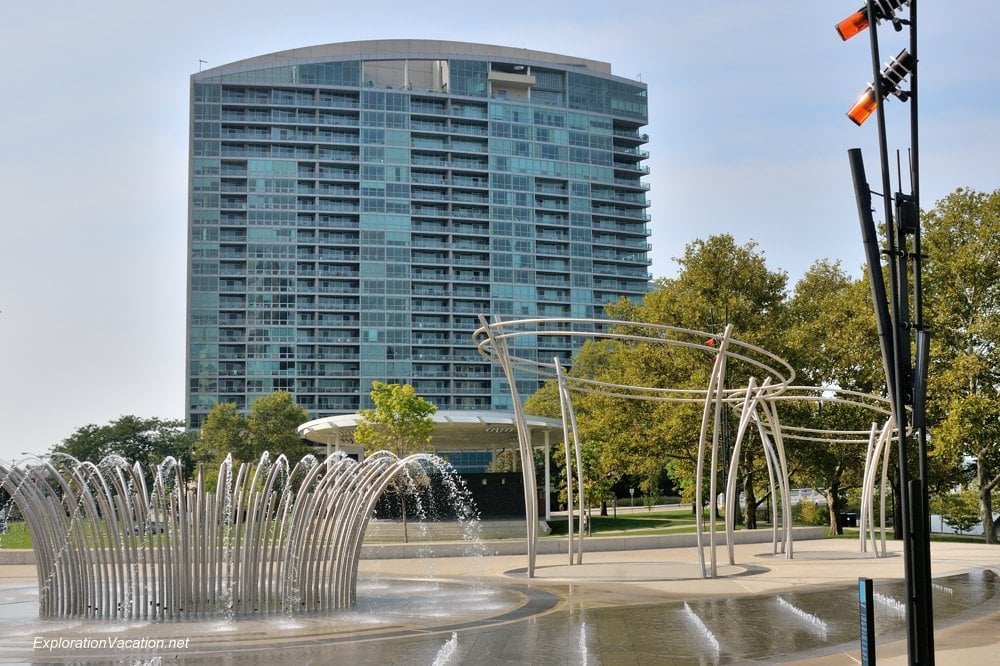 2 thoughts on “Wandering the Scioto Mile in Columbus, Ohio”