Looking back at my first snowfall in the Black Hills

The same trip that brought me to Old Faithful in October included a stop in South Dakota’s Black Hills.Despite living only a state away, I’d never been to the Black Hills. Thus, even though it was late in the day when we reached Rapid City, I refused to stay there for the night. I wanted to spend the night in the hills themselves.

The sun dropped below the horizon almost before we reached the other side of the city and it wasn’t long before I could feel the road climbing in the darkness.

Then the snow began.

Heavy fat flakes coated the road and obscured my view. Trees crowded the narrow twisting road, huddling together as if for warmth. My husband was right: We should have stayed in Rapid City. But now we were too far along to turn back, so we continued along the slippery twisting road in search of a place to stay. We finally came to a couple of hotels that were still open this late in the season. With limited choices and the snow still surrounding us like a fluffy white blanket, we quickly chose one and ate a really nice dinner at the neighboring restaurant before collapsing into bed for the night.

The next morning dawned grey and cloudy, but it revealed a fairyland of frosted trees and white-capped outcrops. It was gorgeous and, despite the evening’s snow, completely unexpected. Somehow it had never occurred to me that the snow that fell during the night would leave the world lightly frosted by morning. Nor had it occurred to me that the Black Hills are actually MOUNTAINS! 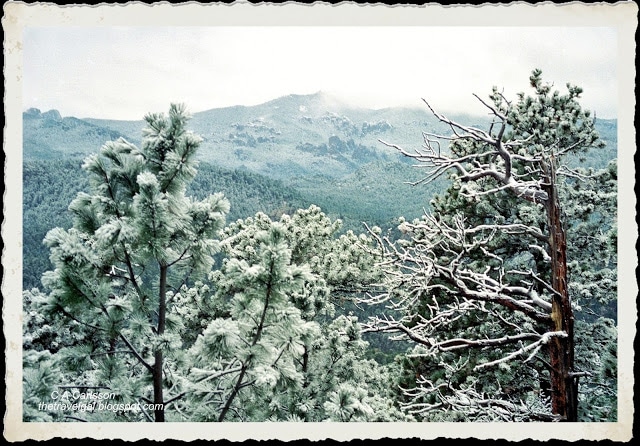 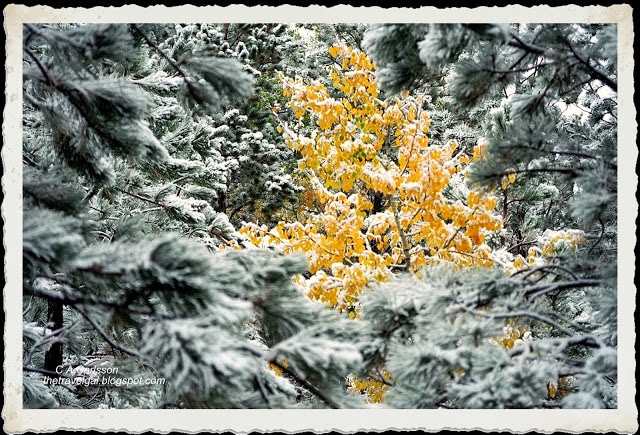 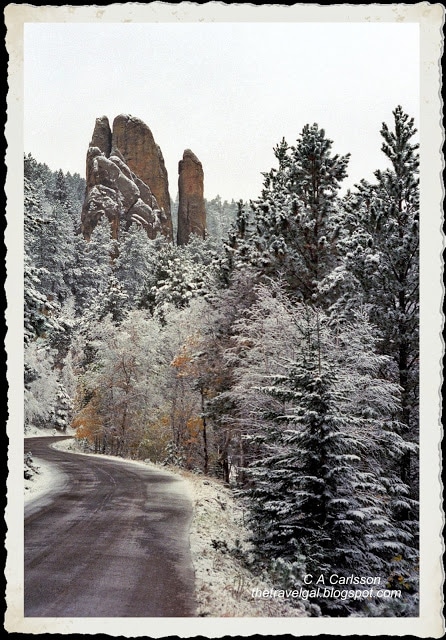 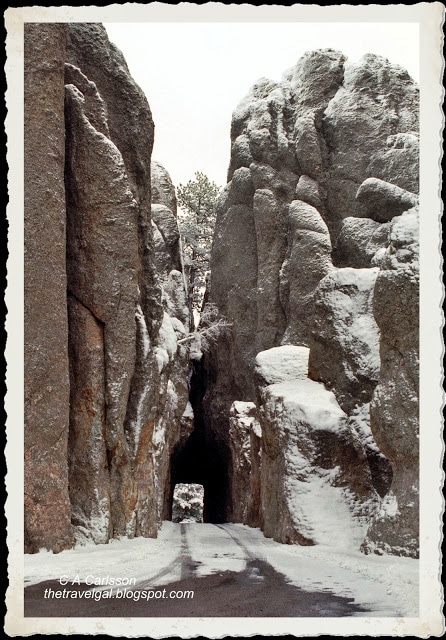 It would have been beautiful in any case, but the unexpectedness of it all made it absolutely magical.

Wine and Cheese at Old Faithful