Ki is an upscale Japanese restaurant with several locations in Canada, including one in Brookfield Place in downtown Toronto.

It’s hard to miss if you happen to be in the area: If you’re outside you’ll notice the cheerful crowd in the restaurant’s leafy patio; if you’re indoors, you’ll stop to admire the restaurant’s dramatic glass-trimmed entryway just inside the Santiago Calatrava-designed atrium. 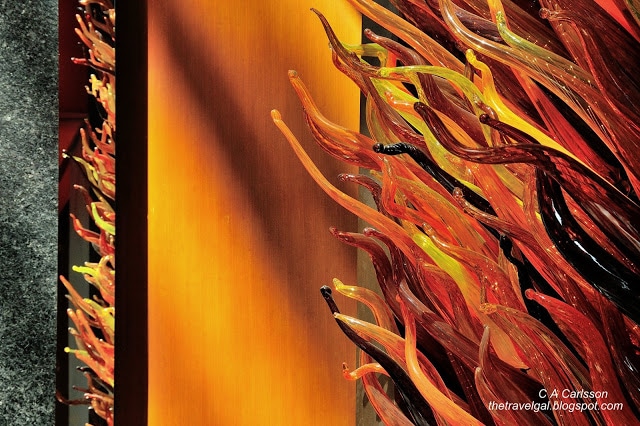 Drama seems to be part of the theme at this elegant bar and restaurant. It has a subdued, but striking, décor and a tempting Nuevo Japanese menu. There is nothing bland or ordinary to be found here.

We chose the sake-sake (sake-cured salmon tartare with tobiko, wasabi crème fraiche and shrimp crisps) and the tempura bacon (yes, delicately battered and fried bacon) from a menu that offered many, many delicious sounding bites. 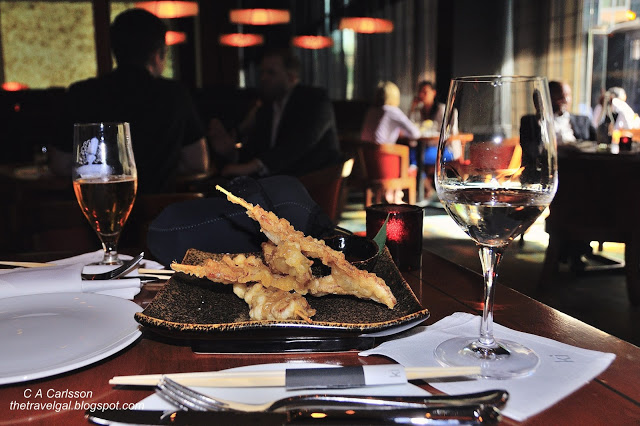 The bacon was good, but maybe it is possible to have too much of a good thing, as the salmon was fabulous!

It’s not cheap, but everything was really good: our food, the food heading to other tables, the beverage selection, the service, and the atmosphere. I’m not surprised that both the patio and bar/dining areas were filled with customers as the work day ended — happy hour at Ki would be a delightful way to end the work day.