It appears that today will be yet another perfect summer day and on such a day, what can be better than time spent on the water at the shore?

So here we are, at the harbor in Plymouth, Massachusetts, waiting for the ferry to leave the harbor so we can begin our trip to the beaches and dunes of P-town (Provincetown) at the very hip tip of Cape Cod. 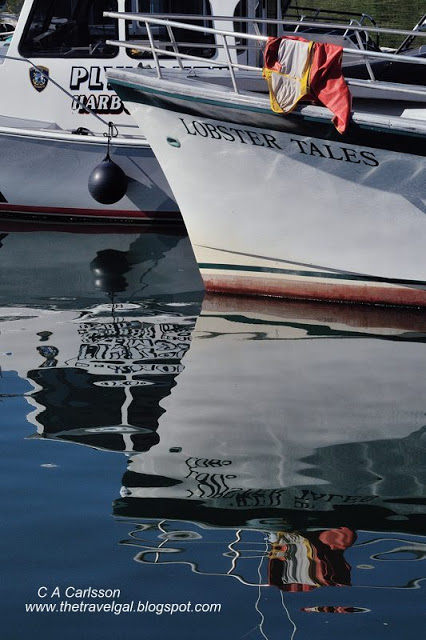 We pass replicas of a Mississippi River paddle-wheeler, the Bounty (as in The Mutiny on the Bounty, although it was also a stand-in for the Edinburgh Trader in one of the Pirates of the Caribbean movies and no longer exists after sinking in a 2012 hurricane), and the Mayflower. If I squint a little in the shimmering morning light I can almost pretend that I’ve been transported into another century, although I’m not exactly sure which century that would be! 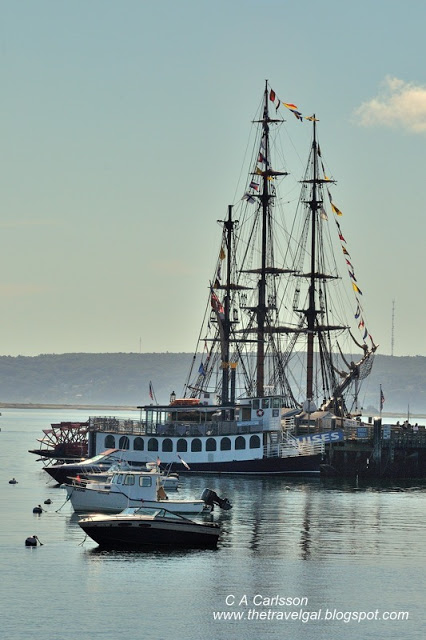 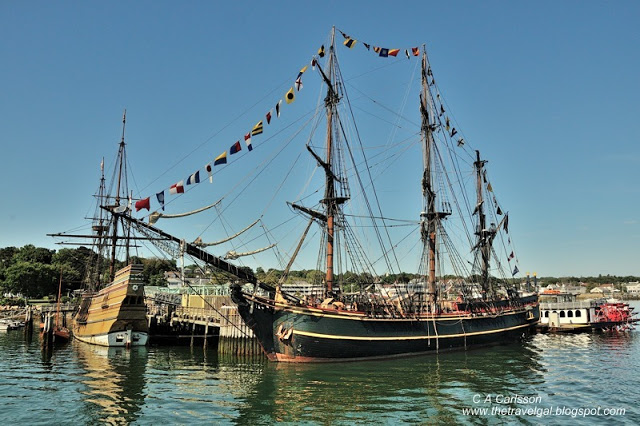 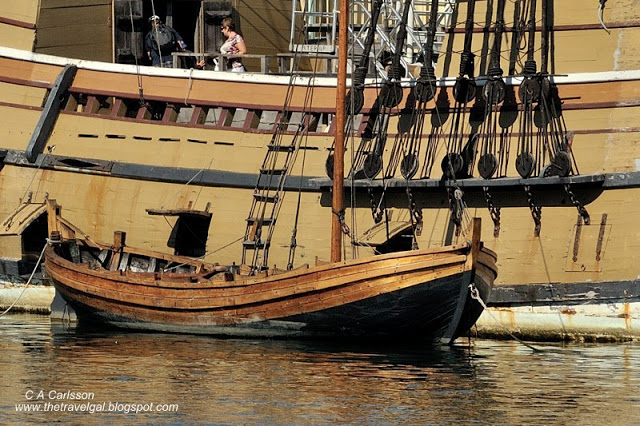 Then we glide past the breakwater and into the bay for nearly two hours of relaxing, watery bliss. . . when I’m not running from one side of the ferry to the other trying to capture it all with my camera. 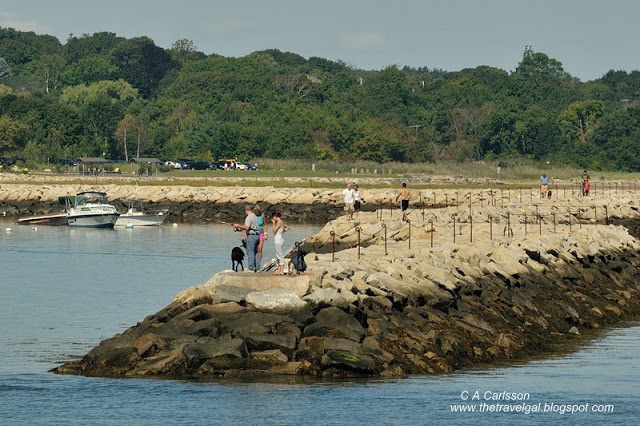 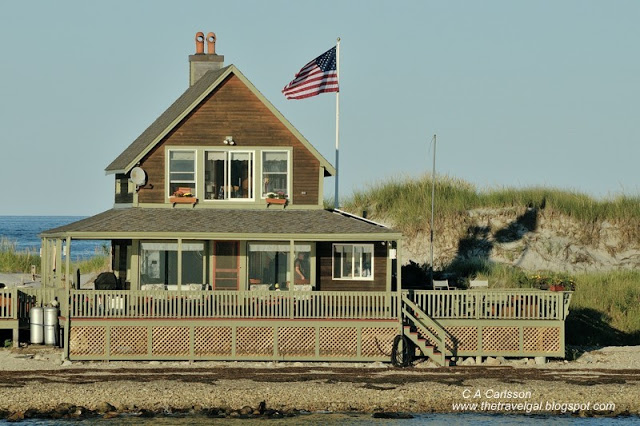 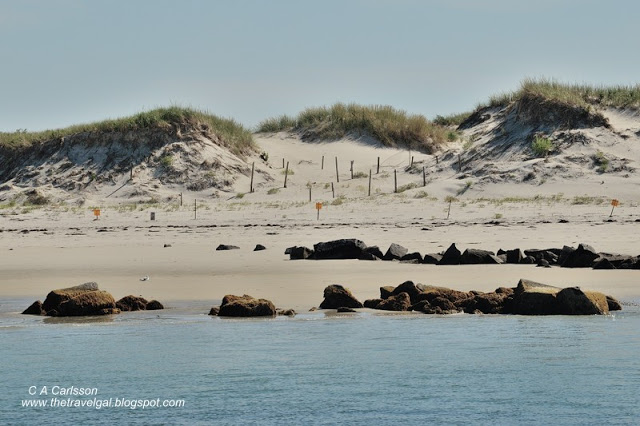 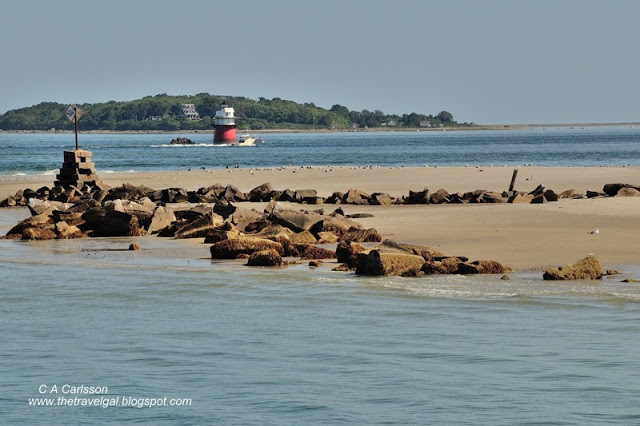 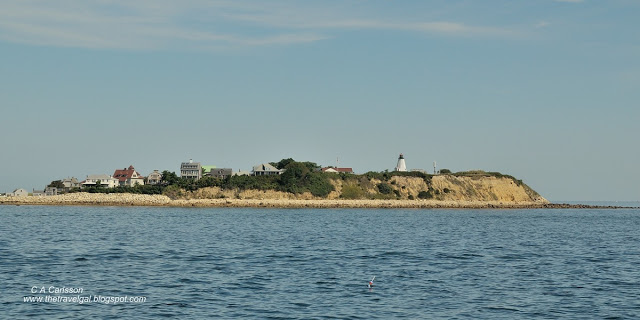 You know you are nearing Provincetown when the Woods End and Long Point lights come into view. 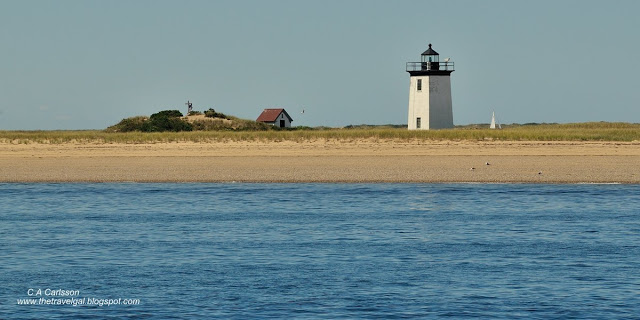 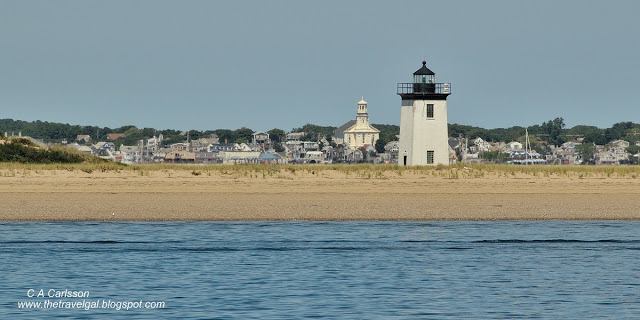 (I choose to pretend that I don’t see the really tall (252 feet tall), really out-of-place, and totally inappropriate, Pilgrim Monument that towers over this spit of land like a leftover smokestack from a massive, now long gone, industrial facility.)

There are cormorants on hand to welcome us as move into the harbor and up to the dock. 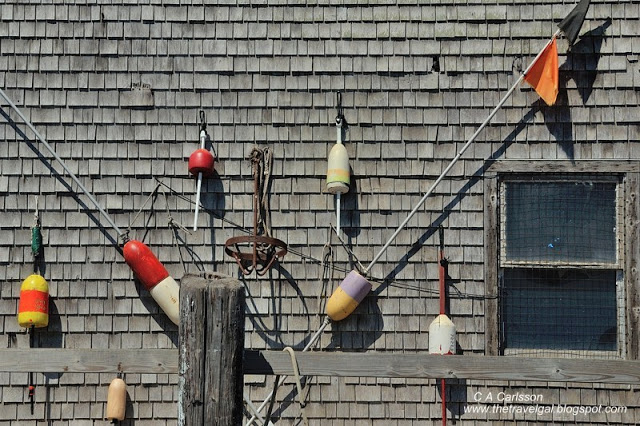