The National Building Museum is one of my favorite stops in DC. More than anything, it is the museum of the built environment – so it has lots of information on architecture and urban planning, but presented so well that it is accessible and interesting to the general public!

Mosaics and murals by Hildreth Meière

We are here today to see the Hildreth Meière show, which includes some wonderful Art Deco mosaics and murals. I love mosaics and the craftsmanship needed to get from design to installation is amazing. It’s certainly not something I would ever have the patience to do. 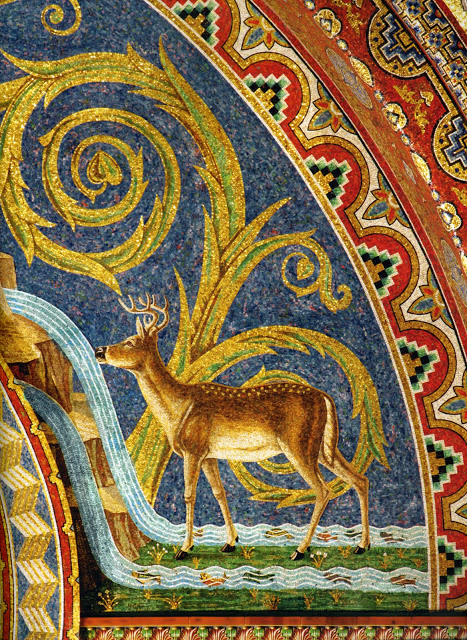 From The Thrill of the Print

The show generally confirms that there could have been worse decisions made regarding the design of the city’s buildings. After all, it’s hard to imagine the Lincoln Memorial as a pyramid (there were a number of pyramid proposals over the years for various things) or how dreary it would have been to replace all the Greek revival office buildings with Brutalist concrete monstrosities ala the FBI building. 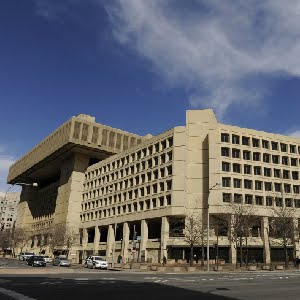 But there were some misses too – proposals for one of the art museums and for the Kennedy Center included beautiful modernist structures that would have been much, much better than the more conventional designs that were finally selected and constructed. 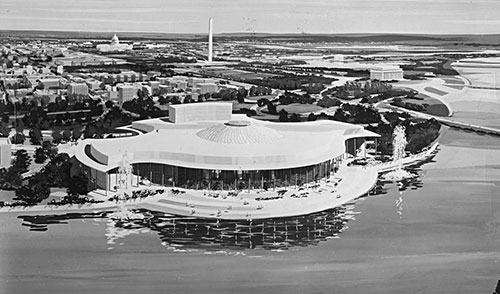 Enjoying the museum’s own architecture

Even if I weren’t interested in the exhibits, it would be worth visiting just to see the building itself. Modeled after palaces in Rome and constructed in the 1880s, it was designed both to provide space for the Pension Bureau and for grand social functions. Because of this dual goal, it doesn’t look or feel like and office building inside – the central hall is a gorgeous grand space. It’s one of my favorite spaces in the city and, for once, I have a tripod with me. 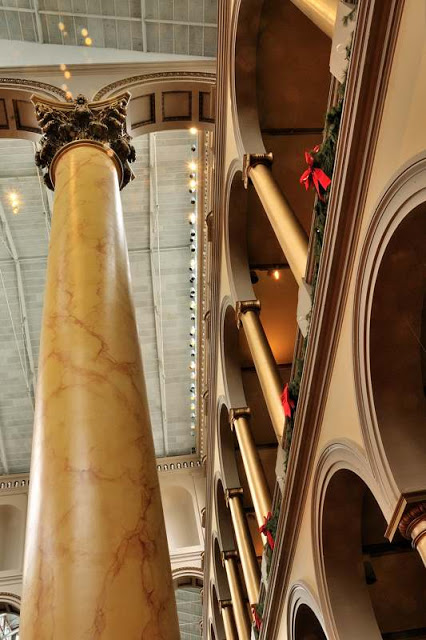 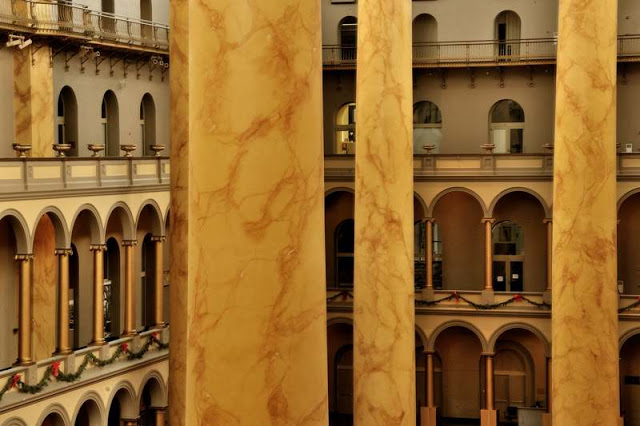 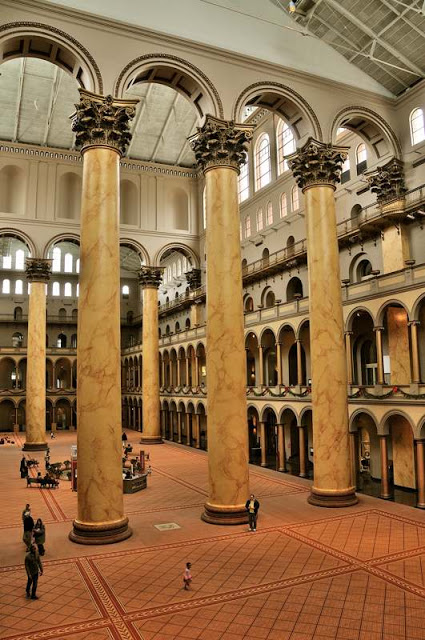 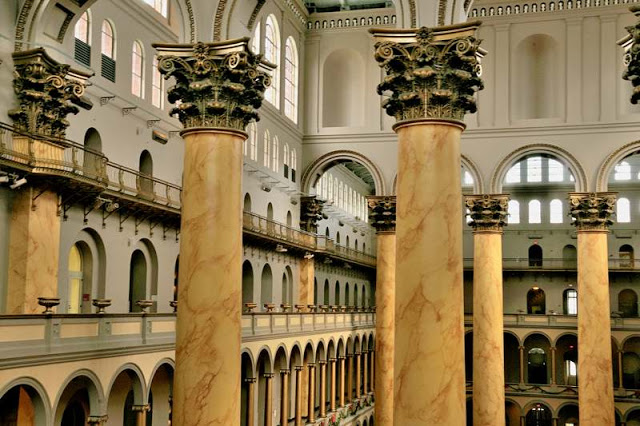 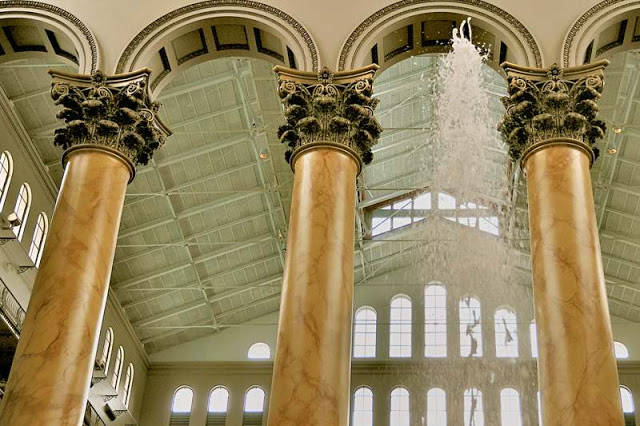 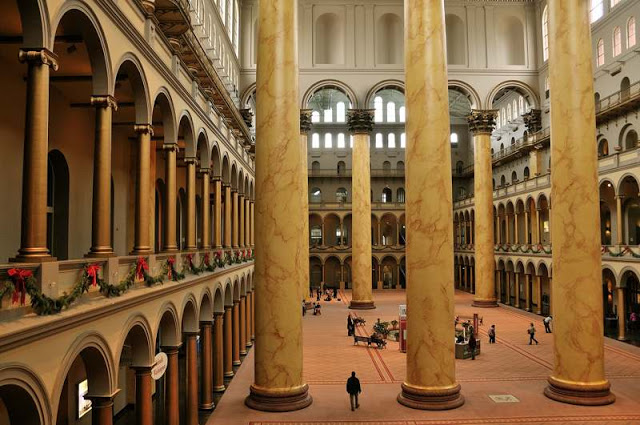 Next post: Reflected Fountains at the National Gallery of Art
Exploring Washington DC

2 thoughts on “Inside the National Building Museum, Washington DC”