Our hotel is located in the little town of Saint Lucia [iSimangaliso] Wetlands . It is a town that dedicated to serving moderate- to low-budget tourists, with small hotels, restaurants, a few basic shops, and a quaint-looking market with fruits and vegetables out in front of the souvenirs. 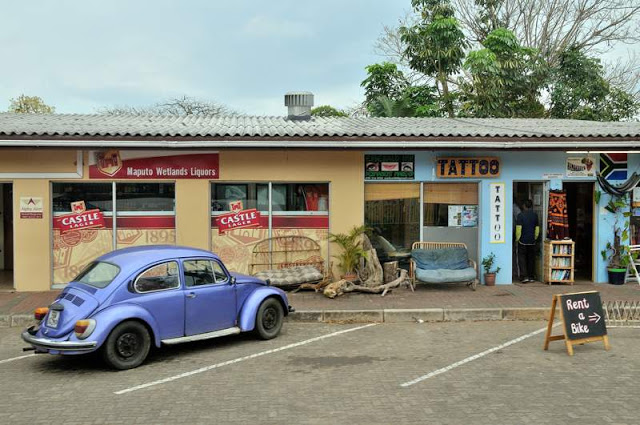 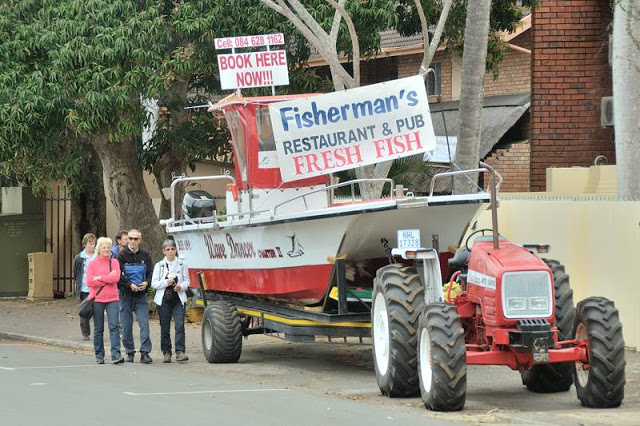 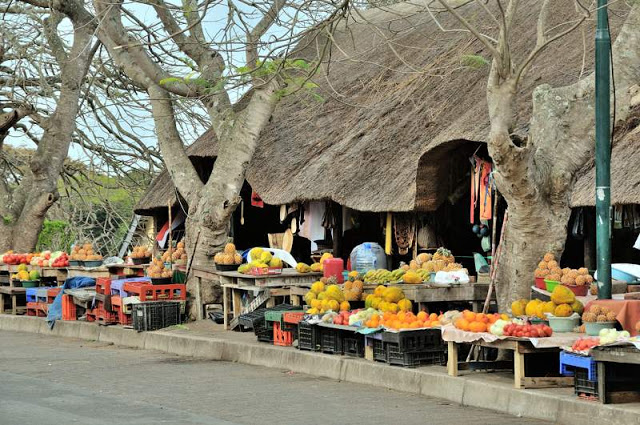 I like this little town. It isn’t particularly pretentious or tacky. It simply looks like what it is – a small town filled with residents who make a modest living serving tourists. There aren’t even many tourists around, as this is largely a base for exploring the surrounding area. It is much the way I imagine other tourist towns were twenty years ago or more, in the days before they were taken over by upscale hotels or vendors selling tacky imported souvenirs (or both, in the worst of all worlds, alla Siem Reap, Cambodia, where freakishly luxurious hotels exist next to some of the crappiest of tourist crap to be found anywhere.) I suspect that is simply because St. Lucia is still rather off the main tourist route – given more exposure it likely will slip one way or the other. But, right now, it looks like an interesting place to wander . . . especially given the possibility of encountering a hippo on the street.

The town is known for the hippos that wander through on their way to their grazing areas. It doesn’t happen all the time, but it does happen.

Our hotel, the Elephant Lake, is also noted for hippo sightings and there is a picture of a hippo checking on the hotel swimming pool hanging behind the reception desk. I don’t think that happens very often, but the mere possibility means that I got up several times during the night to peak out my patio door – just in case.

I eat breakfast while keeping an eye on the yard. 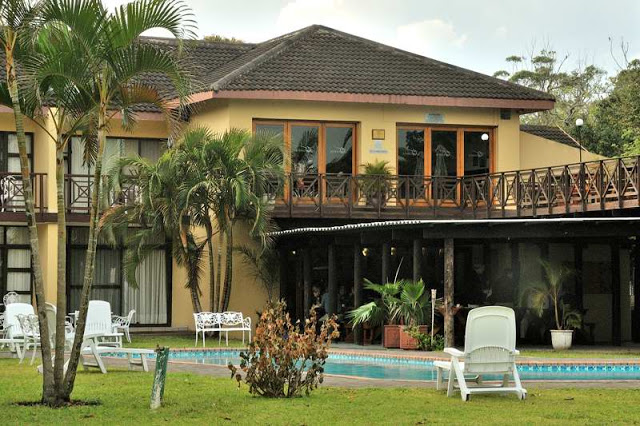 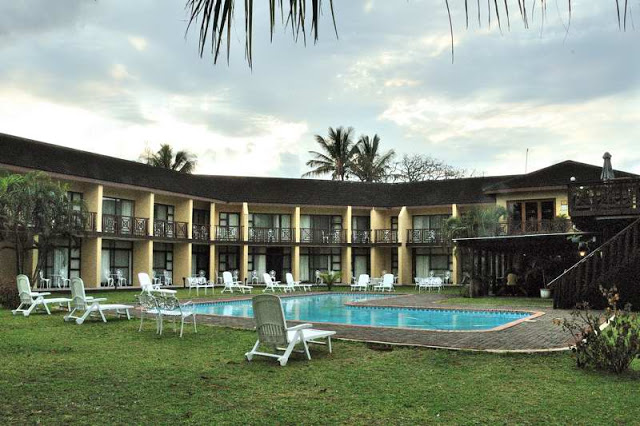 It is much too late in the morning for a hippo to wander through, but one can always hope. . . after all, the hotel is located above the river and there are wildlife warning signs everywhere. 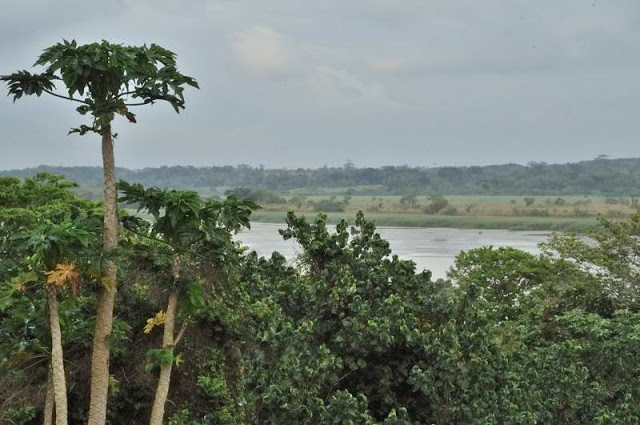 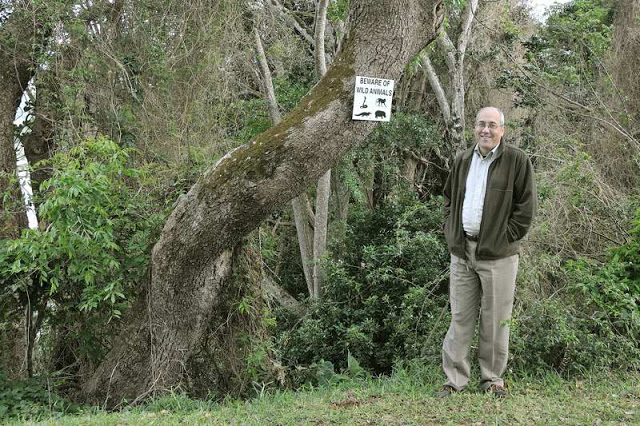 Just about the time I give up on ever seeing any wildlife here, a mongoose runs across the yard.

And then there is another, and another, and yet another – soon hoards of mongeese (I can’t bring myself to call them mongooses, even though that is the “correct” terminology) are on the move. 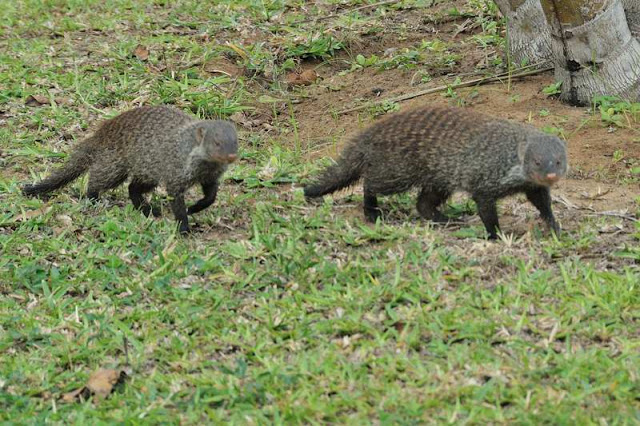 Technically this is wildlife – even if the locals see them the same way I see squirrels. Vermin is always in the eye of the beholder!

Too soon the same friendly staff who served our breakfast are hauling our bag out to the coaches. 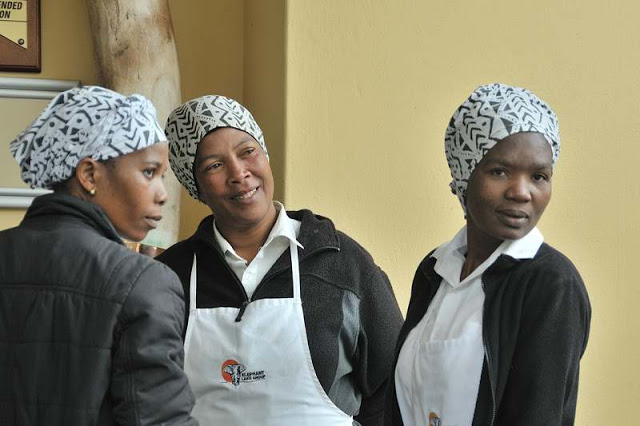 I hope I pass by this way again someday.