Johannesburg seems to be universally unloved.

Even the people encouraging you to visit seem ambivalent about why you would want to do so. That seems odd, as Johannesburg is one of the most modern and prosperous cities in Africa. It is the financial capital of South Africa and the greater Johannesburg area is home to over 7 million people. One would expect the city to draw the world to it.

For whatever reason, that isn’t the case. Most tourists get out of here as fast as they can. And, based on a quick glance, I understand that. It doesn’t look like an easy place to get to know. It’s not a city built for strolling and discovering casually – it seems like a city one would have to work to appreciate. If there are welcoming neighborhoods perfect for strolling, they are not noted in the guidebooks or apparent to the casual passerby.

We don’t get to the downtown with its office towers, but we can see them as we drive by on the highway. 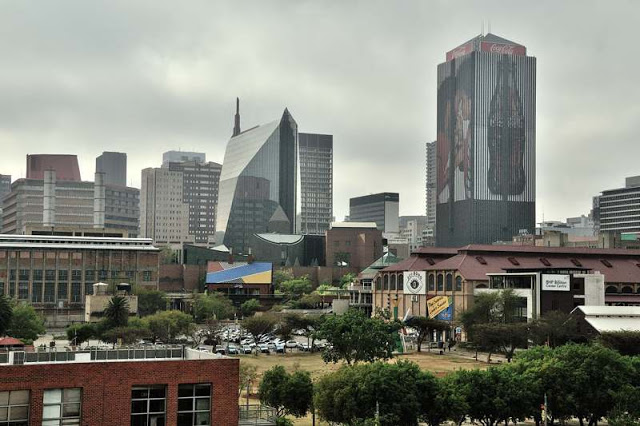 Despite the bit of green in evidence, there isn’t anything about the view that really makes me want to take a detour and visit, but that is true of a lot of modern cities. It’s not bad-looking, mind you, just not particularly enticing.

We do visit an upscale neighborhood where the narrow, leafy streets are lined with electrified concrete fences topped with razor wire. Large, sturdy mansions and condominium blocks poke above the fences. 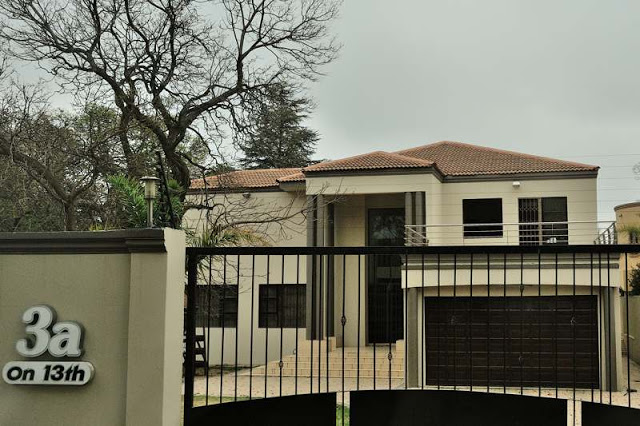 This is where many of the cities wealthy and notable have homes (including Nelson Mandela), but it’s not the sort of place where I’d want to take a morning stroll. 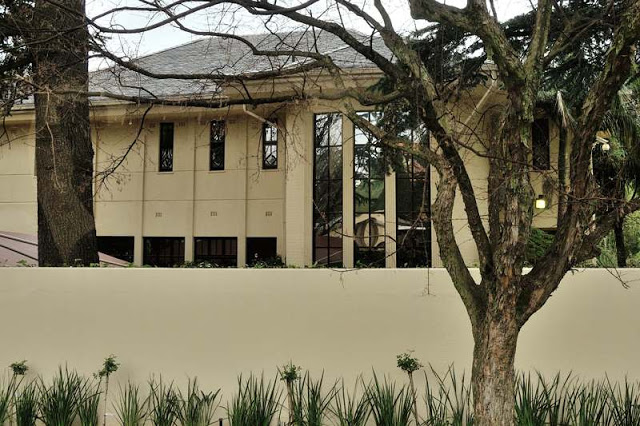 Somehow I doubt Mandela ever wanders the streets outside his home here. Why would he? It’s not like he’ll meet his neighbors out on the street. (While Mandela still owns this home, it sounds as if he spends very little time here, preferring other residences, or maybe just other neighborhoods.)

The new soccer stadium is a point of pride for the city, but even this architecturally cheerful building holds itself apart from the rest of the city. It doesn’t look very welcoming. 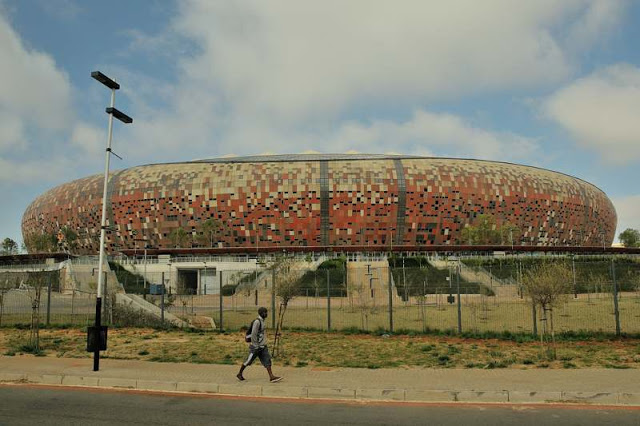 I’m sure there are comfortable middle-class neighborhoods in the city, but we mostly see areas that are either extraordinarily wealthy (and well secured) or empty (and seemingly abandoned).

It leaves me wondering what the truth about this place really is. 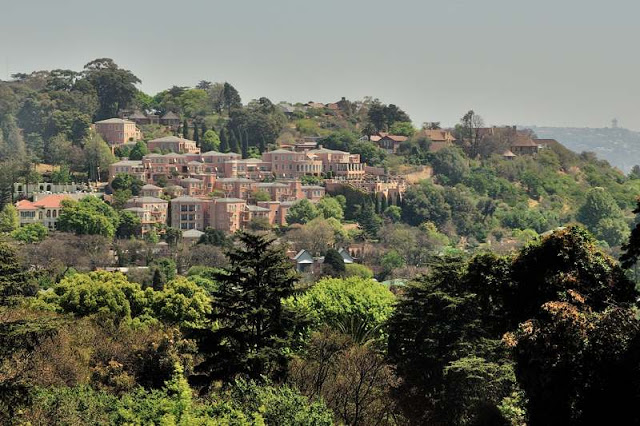