This afternoon we have signed up for an optional visit to the Lion Park.

It’s sort of like a game park, but with fences to separate the predators from the prey and an area where you can pet lion cubs. I’d generally not partake of this sort of outing because a.) it sounds too much like a wildlife theme park and b.) lions are wild animals and should not be part of a petting zoo. On the other hand, lions are hard to spot in the wild and it would be fun to get an up-close and personal look at a cub.

Our visit begins with a game drive through the section reserved for antelope and other prey species. There are a lot of types of antelope represented here, along with Burchell’s zebra and a few giraffe. 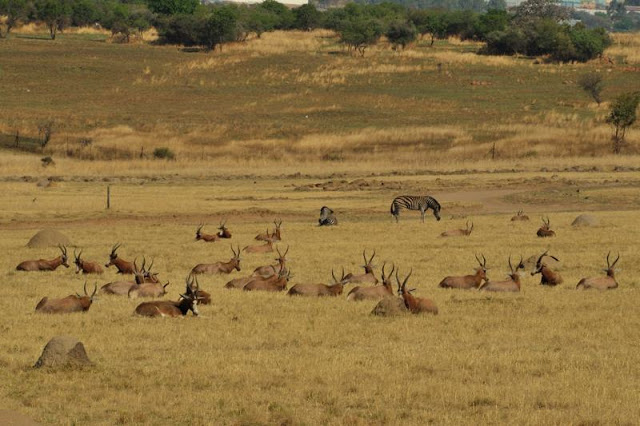 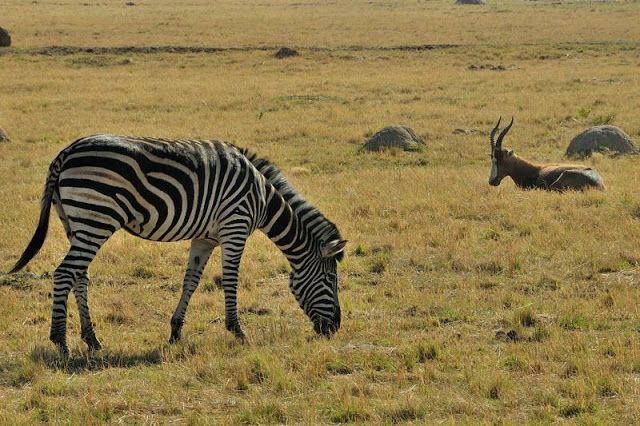 It is a good way to remind myself of the difference between an impala and a springbok (male and female springbok have horns and they have darker stripe between their tan back and white belly), meet some blesboks, and reacquaint myself with kudus, gemsbok, and various other African antelope.

There are birds of all sizes here too. (I had almost forgotten how cool ostriches look as they stroll along.)

Then it is on to the stars of this show, the predators – particularly the cats.

We begin in a lion enclosure, where a small pride relaxes in the shade.

Then it is on to the white lions. Like the other pride, this one is mostly snoozing away the hot afternoon.

There are also a pack of wild dogs, which, like white lions, are animals I’ve never seen before. (Wild dogs do exist in the wild, there aren’t very many and they are quite reclusive. White lions are pretty much extinct in the wild.)

There is one cheetah keeping watch along the road. 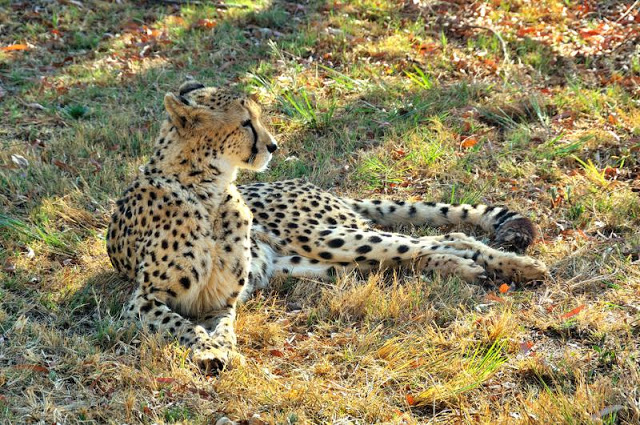 Then it is time to visit the lion cubs.

The cubs are in two pens adjacent to a larger pen of adult lions. Visitors are allowed into the pens with the cubs for 10 or 15 minutes to pet and photograph the cubs. Handlers instruct visitors on how to pet the cubs (back and stomach rubs are good, stay away from the head and paws) and make sure both cubs and the visitors behave.

It is pretty cool. So cool that, after a visit with the meerkats . . .

and the giraffe with its creepy black tongue that wraps right around its food,

we go in the second pen to visit the other lion cubs.

The cubs have gotten friskier as evening approaches, but still seem most interested in small children and the older lions socializing in the adjoining pen. I feel sorry for them, but it is cool to see them roll around with pleasure when someone gives them a tummy rub. . . And I can definitely report that I saw lions on this trip!

1 thought on “Cats and Other Critters in Johannesburg South Africa”