Our city tour took us past Cape Town’s major sights, but without time to stop anywhere.

Jan van Riebeeck, Commander of the Cape from 1652 to 1662,
supporting the home-town soccer team 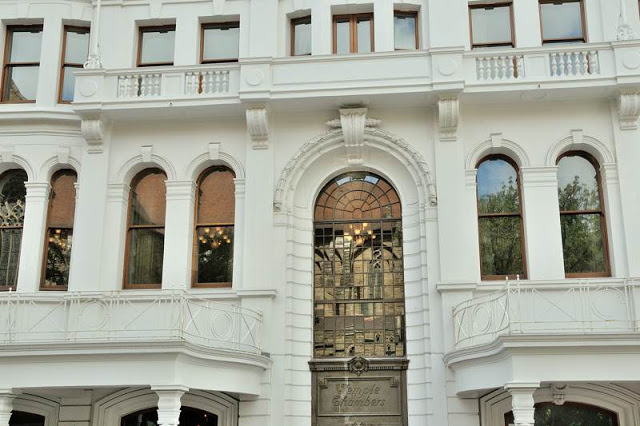 Saint George’s Cathedral, a focal point in the fight against apartheid