The Cape of Good Hope is the southwestern-most point in Africa. (The southern-most point in Africa is actually a bit farther along the coast, at a place called Cape Agulhas – a place I hope to visit in a few days.) When Portuguese explorer Bartolomeu Dias first rounded the Cape in 1488, he called it Cabo das Tormentas – “Cape of Storms.” Indeed, the area is notorious for the rough seas and rouge waves that winter brings. It was renamed the Cape of Good Hope in reference to the hoped-for wealth that would be gained via this sea route to the Far East.

While Cape Point may look intimidating from the water, it’s an inviting place to explore on a beautiful sunny day.

We start our visit at the base of the Cape Point lighthouse, but spend most of our time exploring the fnybos-covered landscape and soaking in the views.

We don’t ever actually go up to the lighthouse.

Too soon we are back in the bus (my constant lament on group tours) to make our way over the short distance to the actual cape. Along the way we have up-close views of the ocean, ostriches, and a flock of sacred ibis. 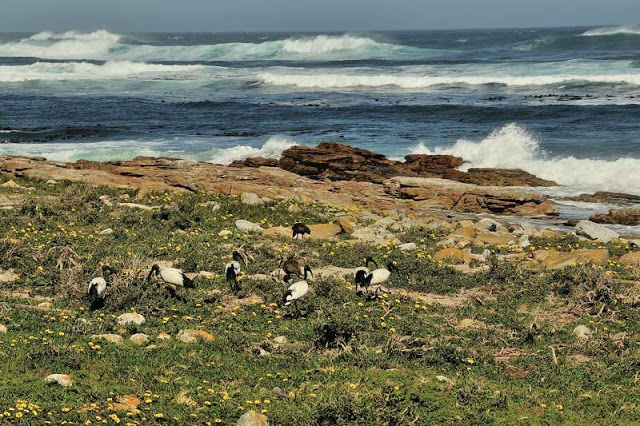 The Cape itself has a rocky beach with nicely crashing waves. 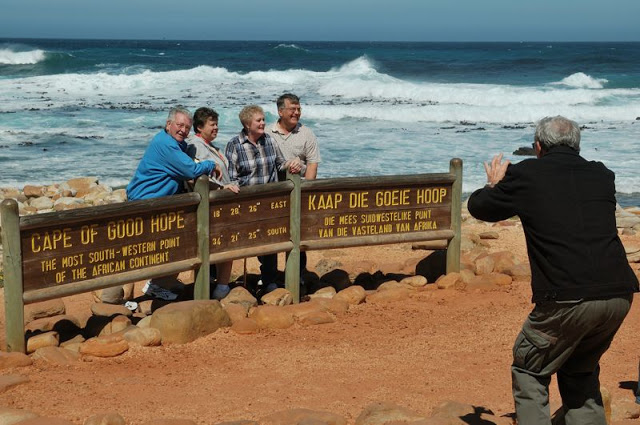 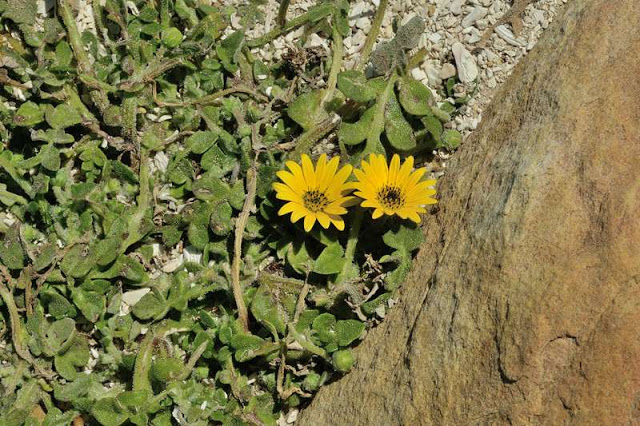 It also has dassies (Rock Hyrax), which Lane and I find fascinating. (Would you guess their closest relative is the elephant?)

While we find them quite amusing, our guide seems not at all impressed – I suspect here they are regarded much like we think of squirrels back home. Oh well. We think they are cool.

Then we are back on the road.