Copenhagen’s Round Tower served as an observatory in the 17th century. Today the tower is an architectural oddity that provides views over the city.

We begin by wandering through the funky, welcoming university neighborhood that surrounds the Round Tower. 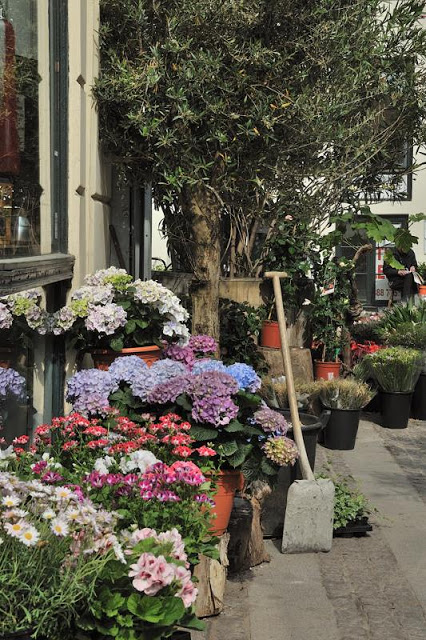 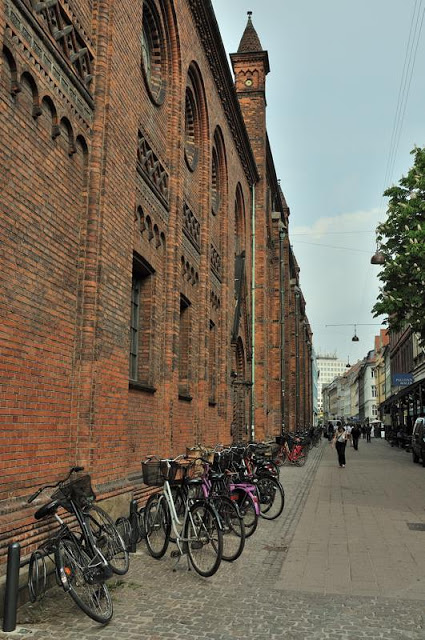 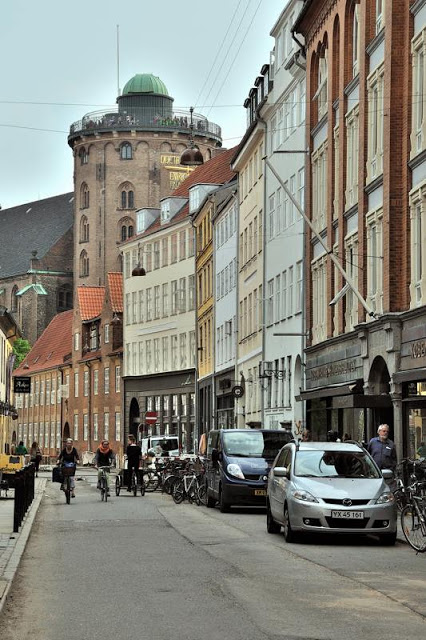 Up and around in the Round Tower

The Round Tower in Copenhagen, Denmark, was built in 1642 as an observatory and predates the attached church by a number of years. 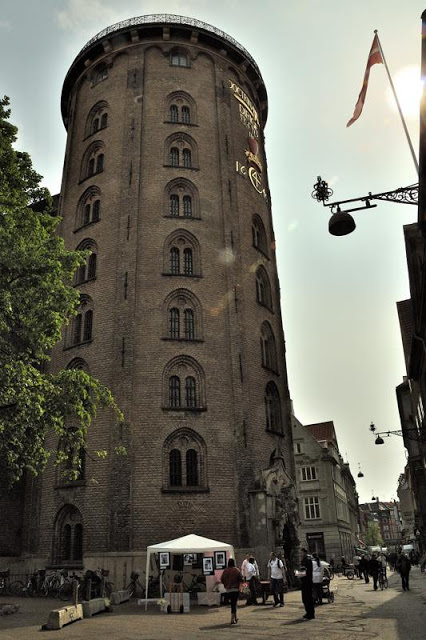 The inside is maintained as a museum with lots information (in English) on varying aspects of the tower’s construction and use over time (on the observatory and its use, but also on the original privy). That’s all very interesting, but it is the tower itself that I find fascinating. 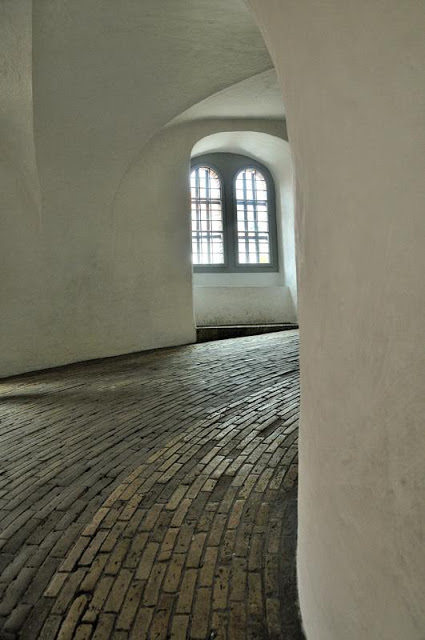 Rather than stairs, one follows a broad, gently sloping walkway to the top. The cobblestones are a soft yellow, causing us to joke that we are following the yellow brick road.

Mostly the architecture sets the stage for a climb that is meditative. . . at least until a group of school children come hurtling down the walkway! (They can be heard long before they are seen and present a wonderful photographic opportunity, so I actually spend a long time waiting and shooting on the way up.) 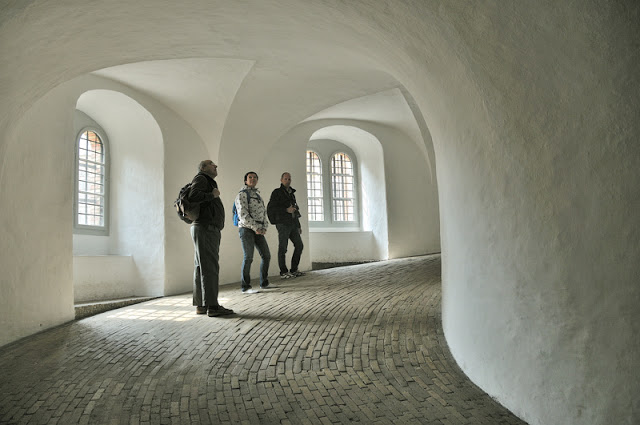 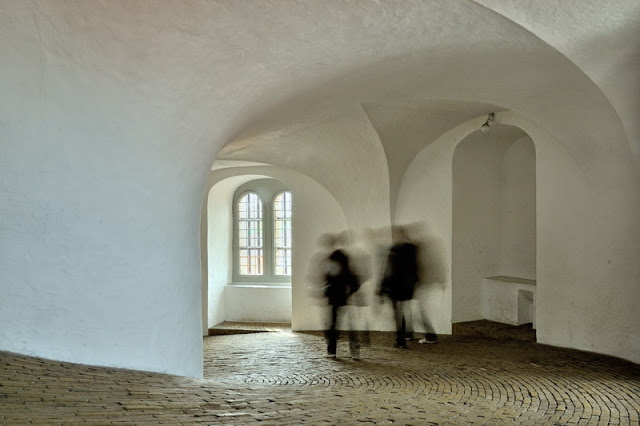 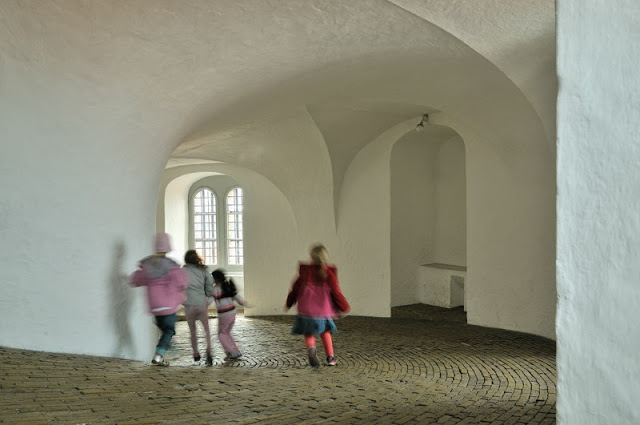 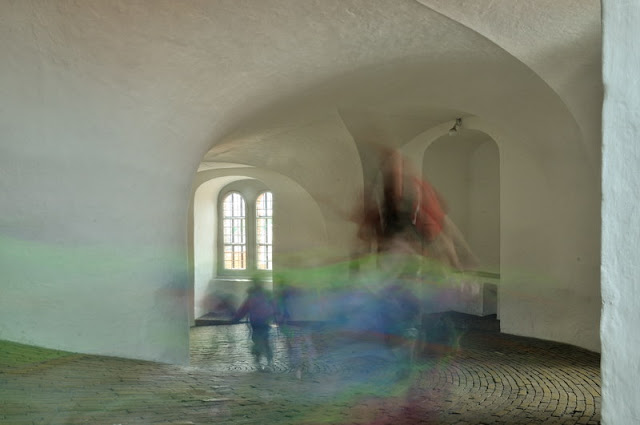 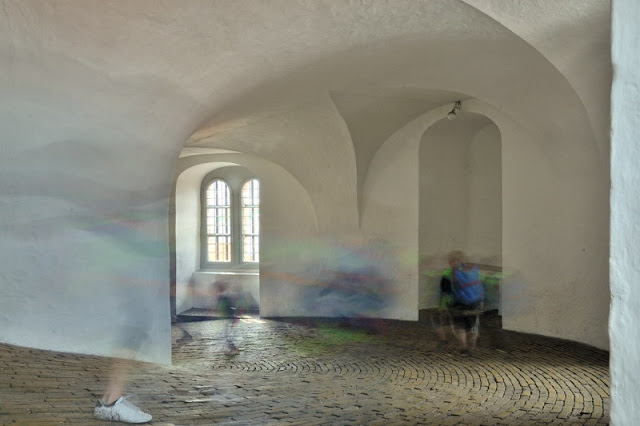 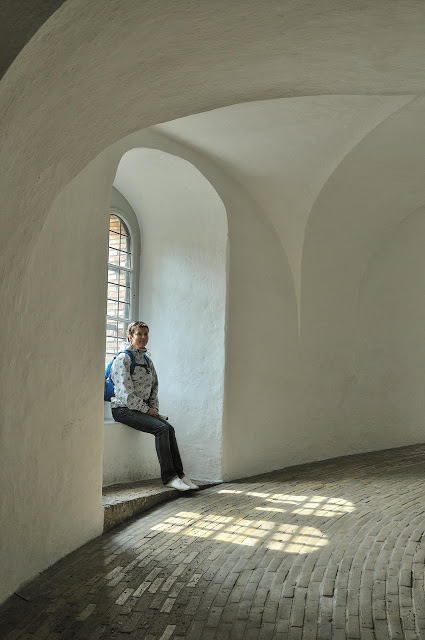 The top of the tower provides great views of the city. It is amazing to realize how many steeples and towers punctuate the urban area. 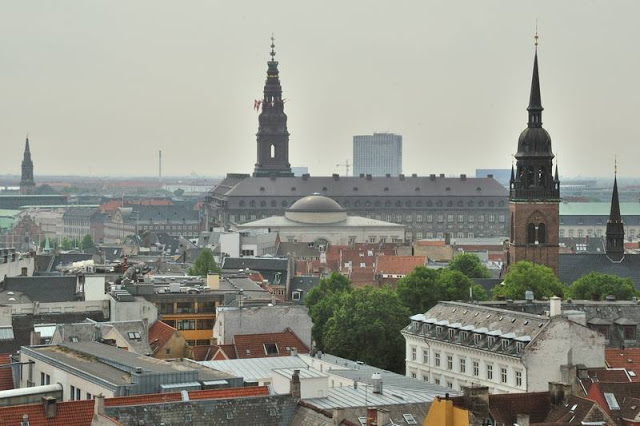 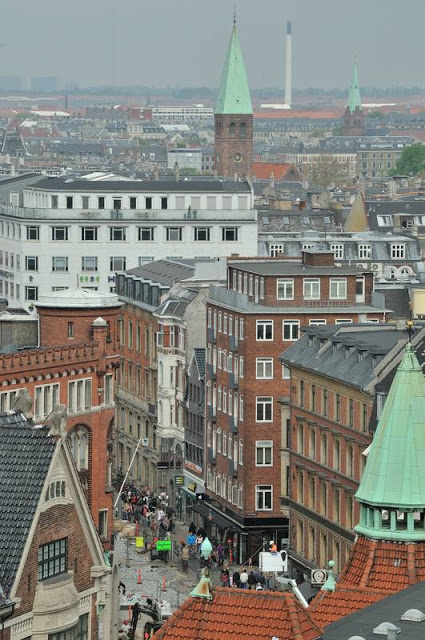 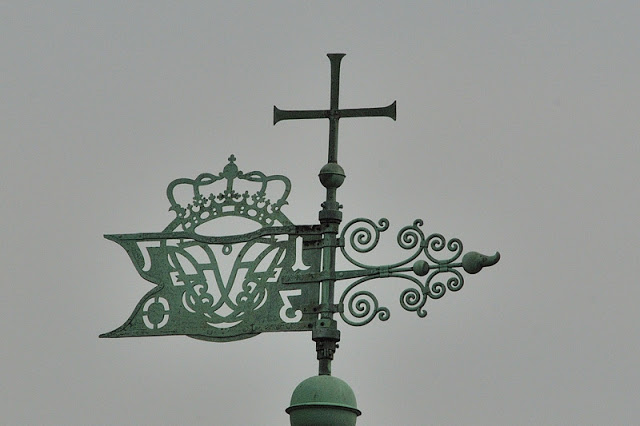 At the same time it is hard to avoid the fact that, despite the elaborate old buildings, this is very much a modern industrial city. 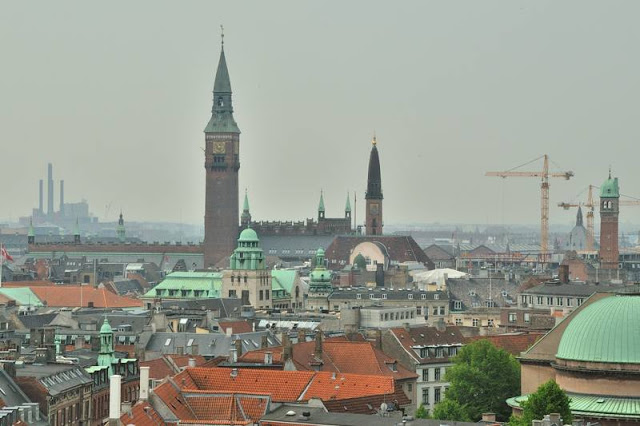 Back at the bottom, we venture into the attached Trinity Church. The original church was constructed a few years after the observatory, but the present version is a more recent incarnation (dating back to 1731 after the original was destroyed by fire), with a lovely old grand organ and other historic furnishings and an intriguing mix of traditional and modern lighting. 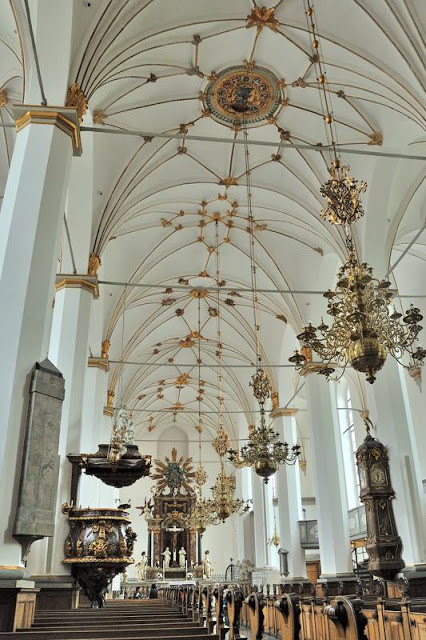 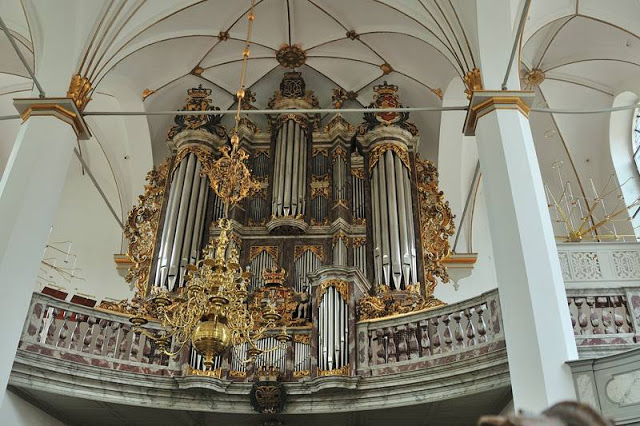 2 thoughts on “The Round Tower, Copenhagen, Denmark”