Liselund Slot is described in my guidebook as “a diminutive palace” which is “set in a large park and its whitewashed walls are reflected in the waters of a small lake.” Furthermore, it explains that “locals joke that this is the world’s only thatched-roof palace.” I am pretty sure that, even though the hour is getting late, I need to go here.The route looks straightforward on the map, but – as we drive on increasingly minuscule roads – Lane begins to express his concern that we are no longer on a public road, but on someone’s driveway.

He is wrong, but it does turn out that we took the back way rather than the main route. (Not that the main road was much bigger.)

Liselund actually has a number of fanciful cottages (not just the palace) in various styles (including Swiss and Norwegian versions), but mostly it is a park with these cottages serving the as architectural follies. Only Ny Liselund Slot (the New Castle) looks the part of a small palace. 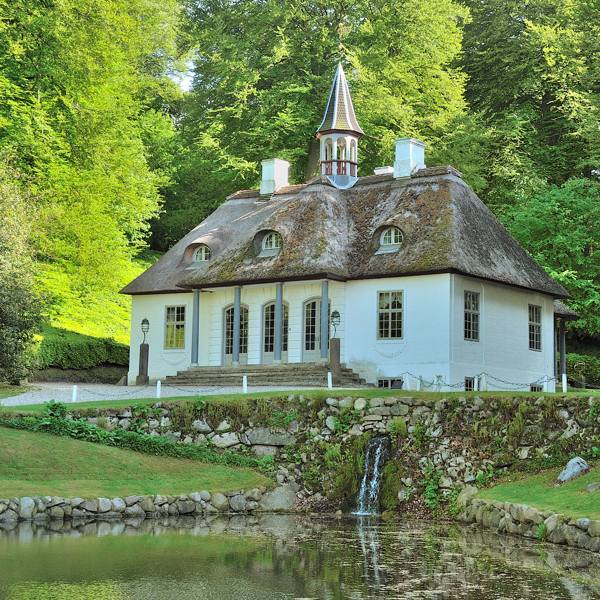 To please Lane, we take our leave via the main highway.