We end up at Amalienborg Palace more by accident than design.

Not COMPLETELY by accident – it’s sort of hard to miss the palace coming into the complex from the Marble Church and my cousins had suggested coming here for the changing of the guard – but it does seem like we just sort of ended up here. For a moment we aren’t even sure where we are.

Amalienborg Slot is actually four palaces (modest ones, as palaces go), but is pretty palatial when you see it all together.

The family of Crown Prince Frederick recently moved into the King Frederick VIII Palace (which seems totally appropriate). Totally by chance, this is the palace in my picture. (The light was best looking that direction.) The flag signifies that the family is in residence.

Queen Margrethe lives in Christian IX’s palace (the next one over, also overlooking the waterfront). Apparently she is also around.

The other palaces are either museums, storage, or used as guest quarters.

Royal Danish Life Guards keep watch over all four of the palaces of Amalienborg Slot.

While the guns are real, the guards seem pretty approachable. 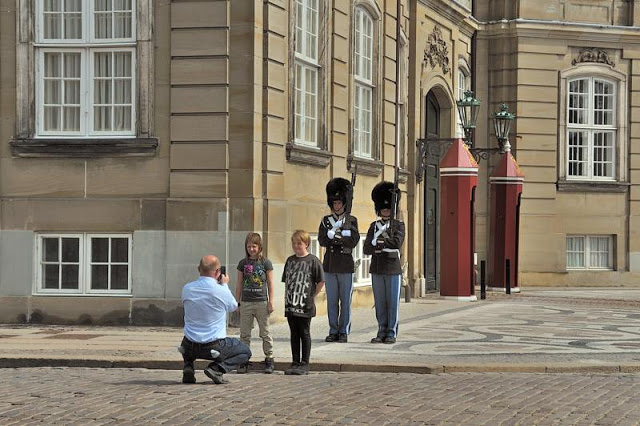 They also seem REALLY young. I follow along for a bit as they go through their rotations. The lead hisses commands (literally hissing) to direct the changes in the continual pacing and weapon handling that are quickly followed all around the square. I swear he can’t be more than 14. 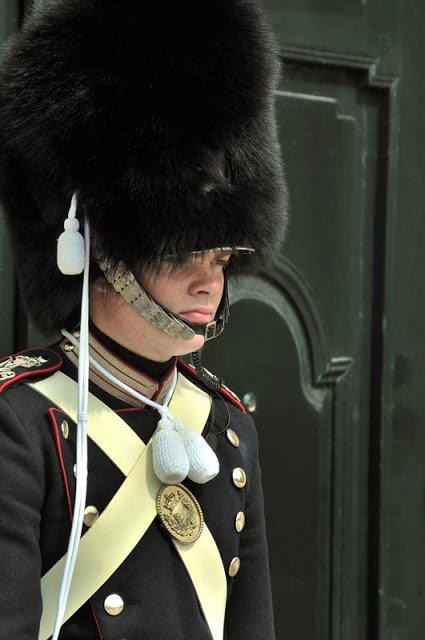 While I’m quite fascinated by the slow, rhythmic pacing (is there a pattern?), it slowly dawns on me that there seems to be a bit of activity on the other side of the square. Sure enough, a small band of replacements has arrived. 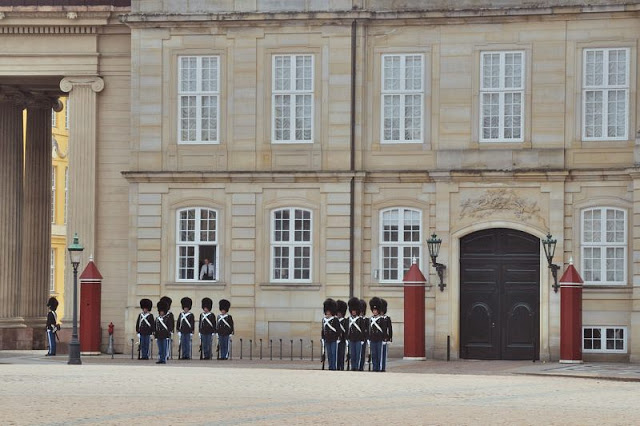 Once each day there is an elaborate ceremony to change the guards. This isn’t it (that happened a few hours ago), but the exchange is precise and formal, with the small group following the lines in the square’s stones as they march to each palace, exchanging personnel at each before marching out of the square. 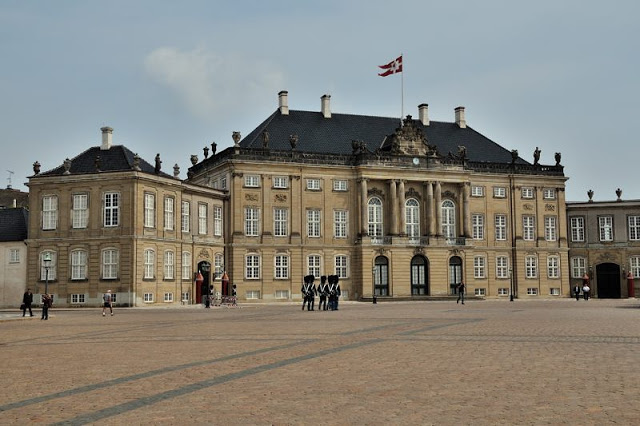 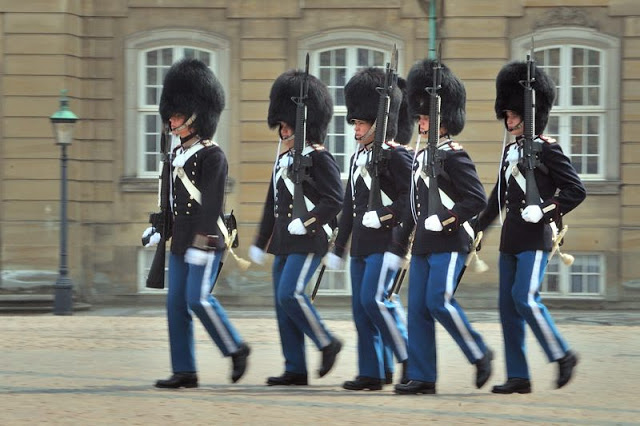