The whole reason we are here now is to see the desert in bloom. I’ve long been fascinated with the way the stark landscape of the desert bursts into riotous color when the conditions are right. Last winter, when Los Angeles was undergoing an onslaught of rain and floods, it occurred to me that this just might be a good year to take a chance and see if we can catch the desert in full flower.

I’ve been watching my favorite wildflower tracking site for weeks now and it looks like it is going to be a pretty good year and that our timing is reasonably good. (These things are hard to predict and cold damp weather during the previous few weeks seems to have delayed the start of flower season.) Thus far we’ve seen a few spots with lots of flowers, but the other day the ranger in Mojave said the magic words – that he’d gotten reports of “carpeting” in the southern part of Joshua Tree and on towards Palm Springs. Finally we are headed south in search of that magic carpet.

So, we are heading south on the Pinto Basin Road, with plans to work our way down to the Cottonwood Visitor’s Center.

There aren’t many flowers until we get past the Cholla Cactus Gardens, almost to the Ocotillo Patch, but there are a few, including a wonderful blooming ocotillo cooperatively located near the road.

From that point on, we come across large areas filled with flowers – mostly desert dandelions, pincushion, goldfields, chia, but also some brittle brush, globe mallow, lupines, desert chicory and many more. 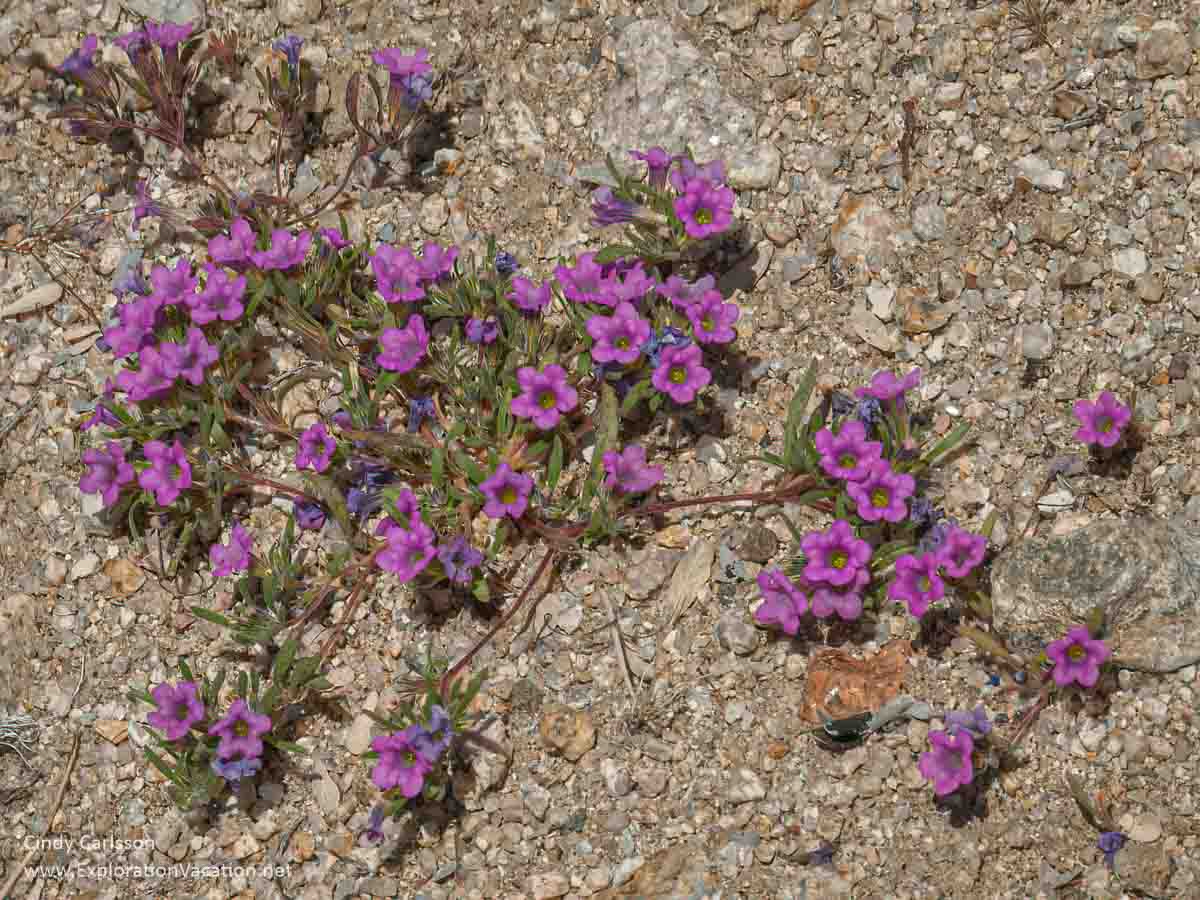 We even find the occasional beaver tail cactus in bloom!

(Cactus blossoms are my favorite flower and I’ve never had a chance to see very many of them.)

The flowers are scattered over broad swatches of land, but with large areas between where very few are in evidence. Of course, even where there aren’t any flowers, there is an abundance of other interesting plants and plenty of odd rocks to enjoy.