Before I left home a colleague of mine (who would seem to greatly prefer hunting and fishing to visiting museums) told me that I really needed to go to the Pergamon Museum in Berlin. He told me the museum had a number of actual ancient buildings recreated inside, but the best one was a huge, colorful, and quite amazing.

That was about all he told me, so when I finally made my way to the, I wasn’t really sure what to expect. I knew the museum had a number of Roman temples, but it was hard to imagine Frank getting excited about something like that – no matter how good the carving is. (And, honestly, I wasn’t all that excited about seeing a bunch of Roman temples myself. Maybe I’m a Philistine or some other sort of Barbarian, but I prefer to attribute my lack of excitement over Roman architecture to the fact that those classical Roman influences are so deeply embedded into the Western aesthetic that they seem ordinary.) So, I wonder what it is that so impressed Frank and how I will know if I’ve found it?

Whatever I’m looking for here must be pretty impressive, so other people should be looking for it too – I’ll just follow the biggest crowds and see where they lead me.

It doesn’t take long for me to come to the museum’s namesake, the great alter of Pergamon. 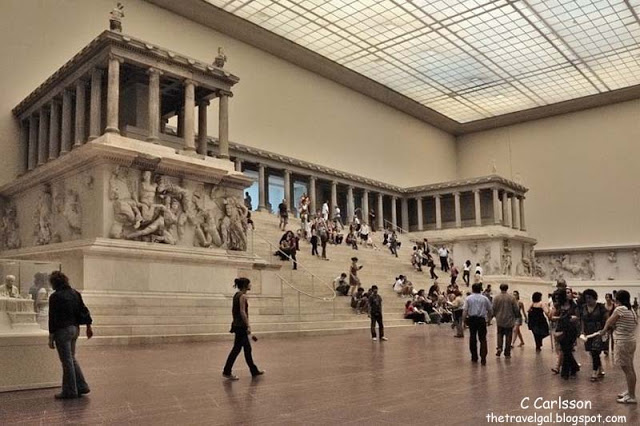 It’s impressive, but somehow I don’t think this is what I’m looking for.

There seems to be something interesting beyond the archway at the end of the room, so I hurry along to continue my search. 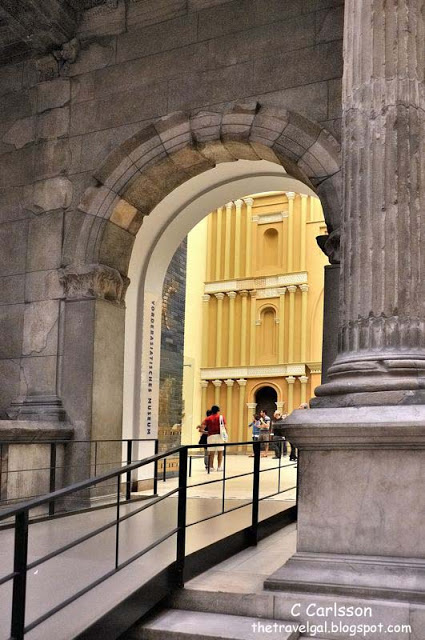 One look around the corner assures me both that I found what I was looking for and that Frank’s enthusiasm was justified. 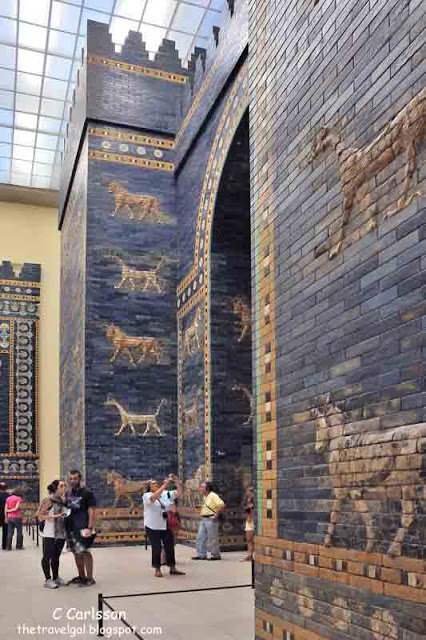 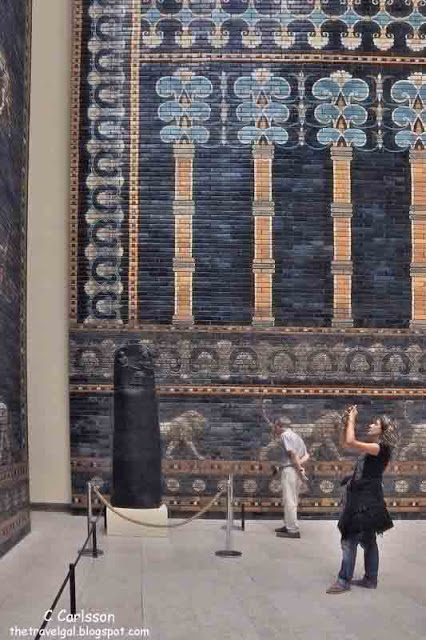 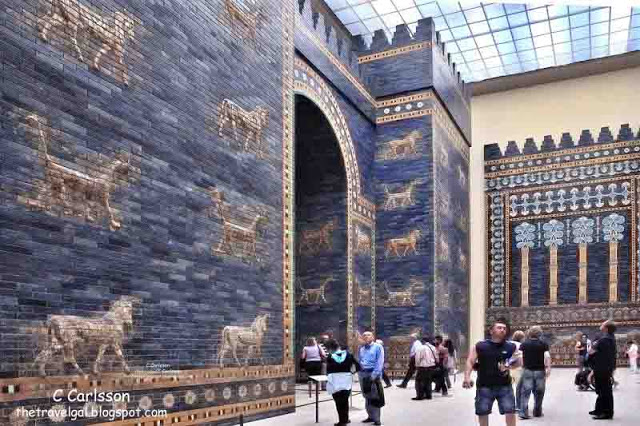 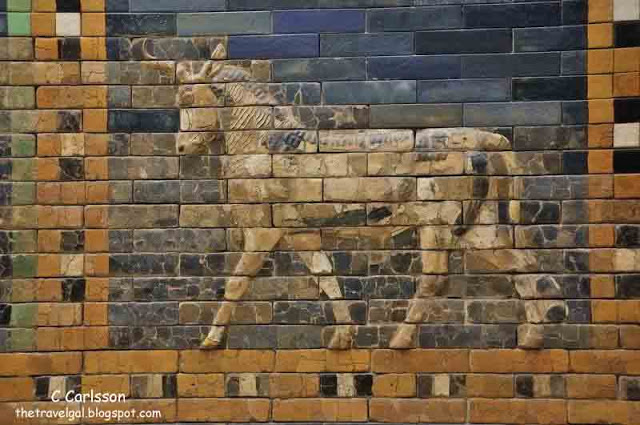 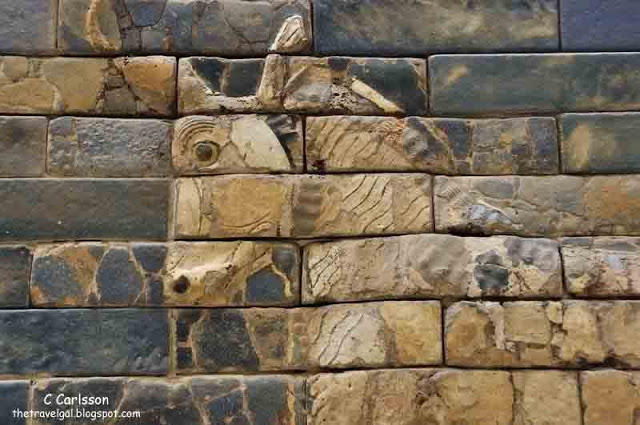 This is the Ishtar Gate, one of the eight gates of the inner city of Babylon, was built during the reign of Nebuchadnezzar II (604-562 BC). I’ve never seen anything like it. It is beautiful . . . and huge. It must have been amazing to see this when it was a working building.

Besides this reconstructed gate, the museum also includes a reconstruction of the processional way that led to the gate. 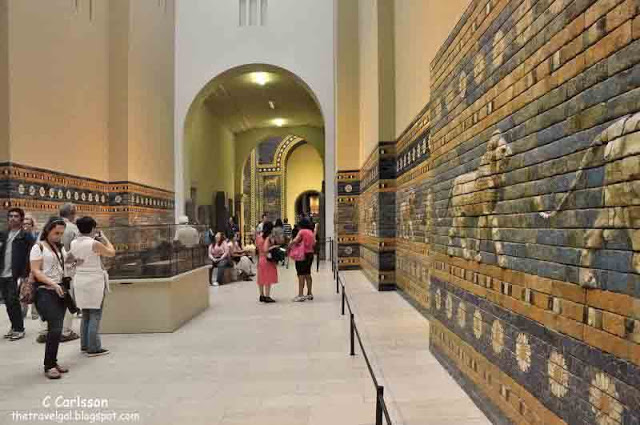 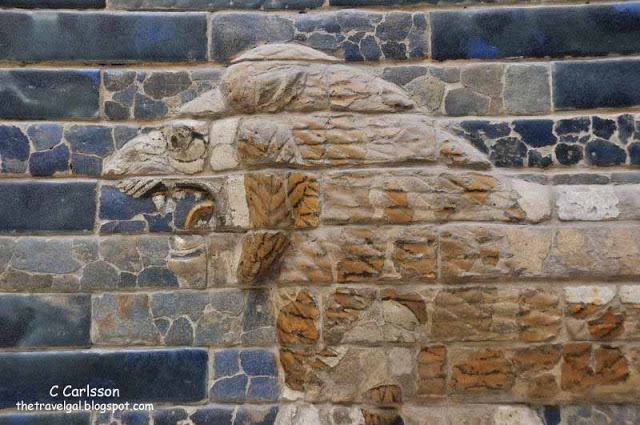 A model of the structure only hints at its grandness. 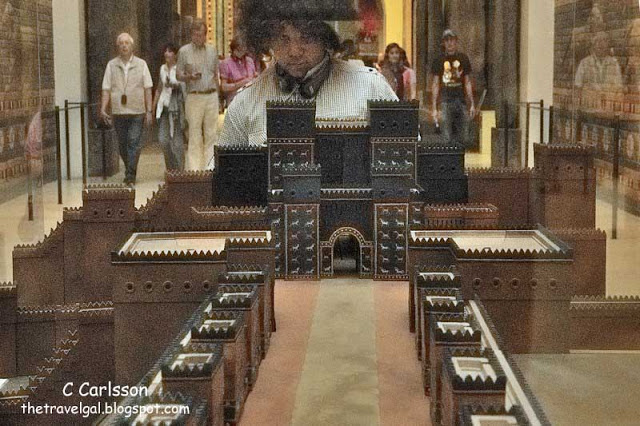 Of course, there are other things to see here, as the museum also houses the Ancient Near East and Islamic Art collections. 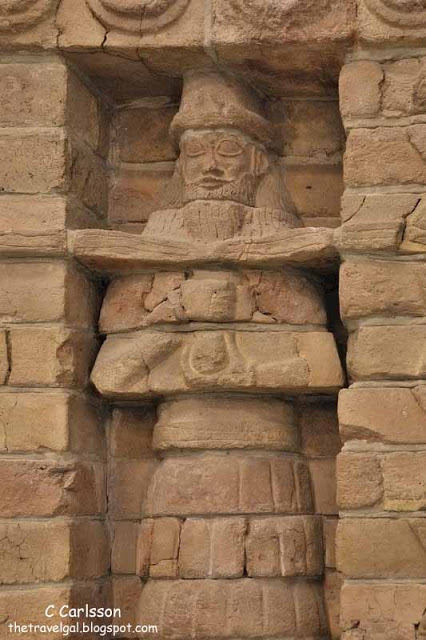 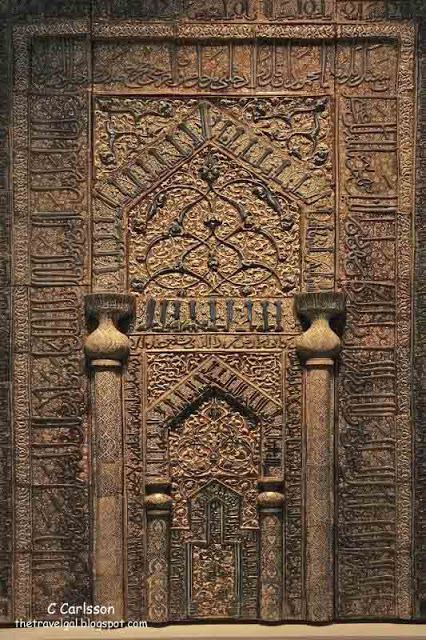 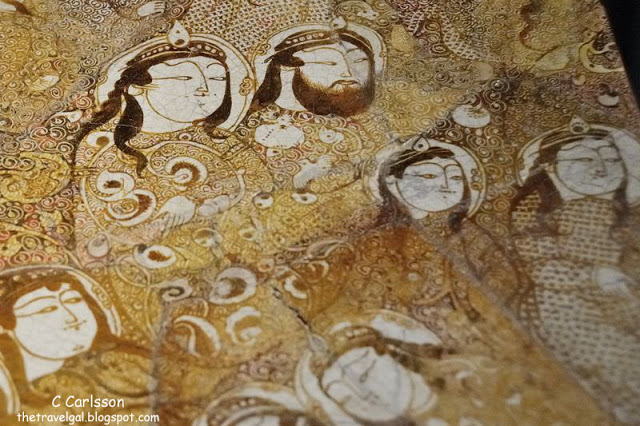 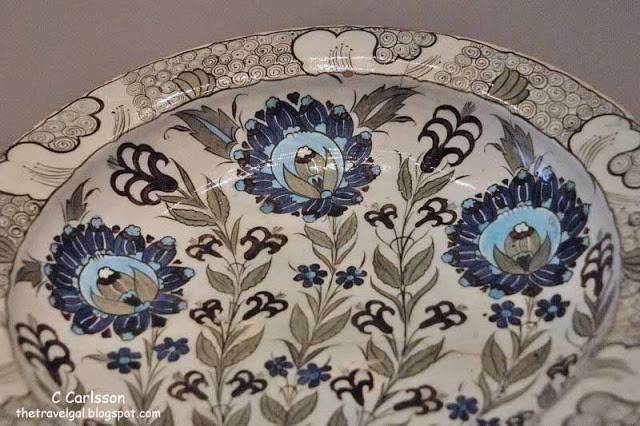 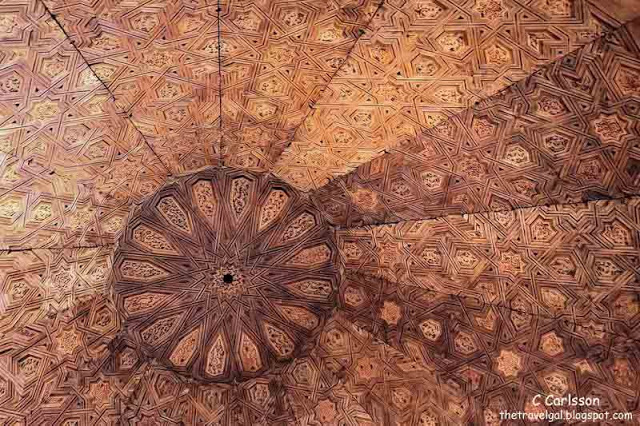 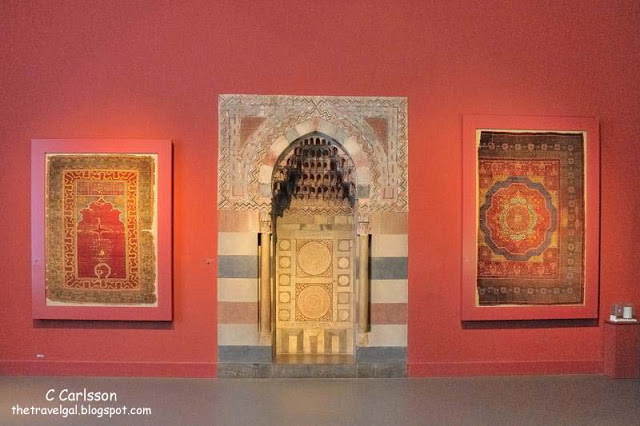 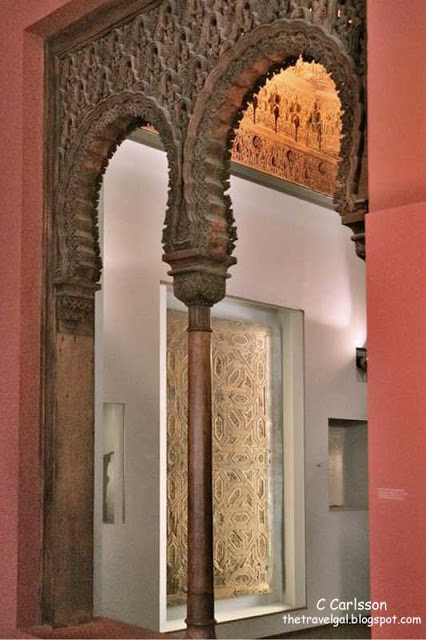 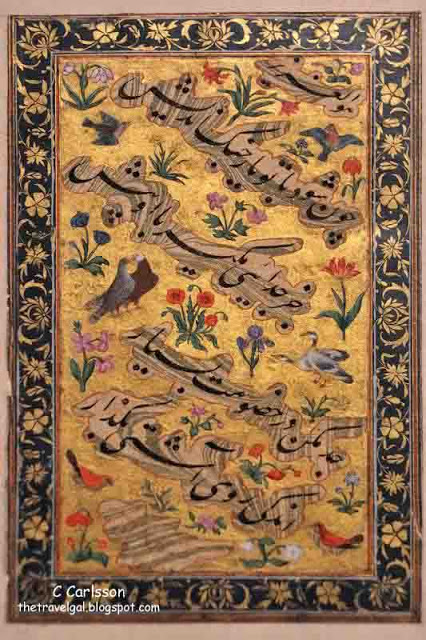 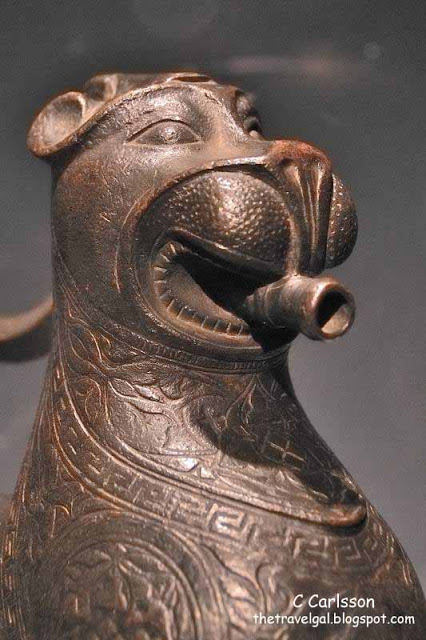 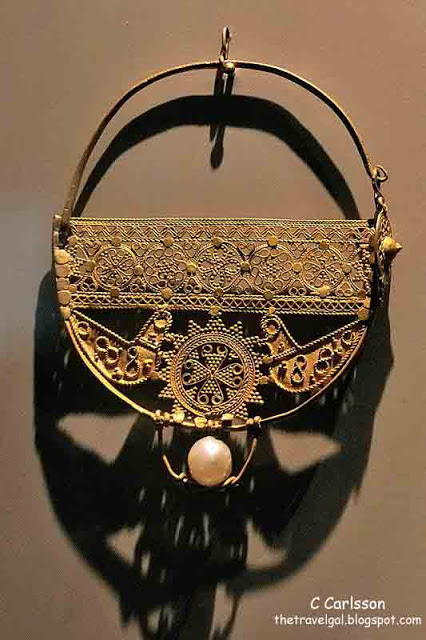 There are so many beautiful things! Among them are larger installations, like the painted walls of a Christian merchant’s home from Aleppo, Syria, circa 1600s.    What a beautiful place to live! 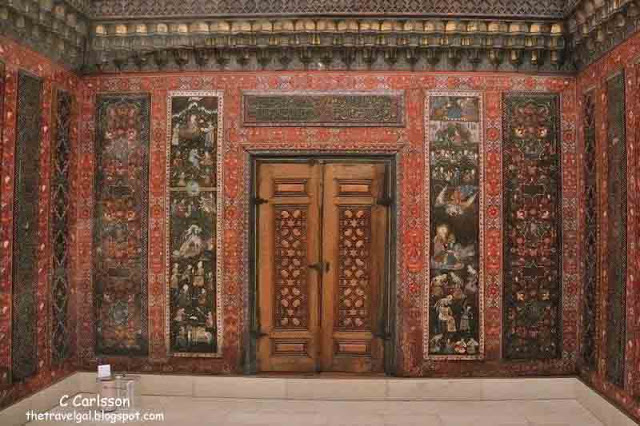 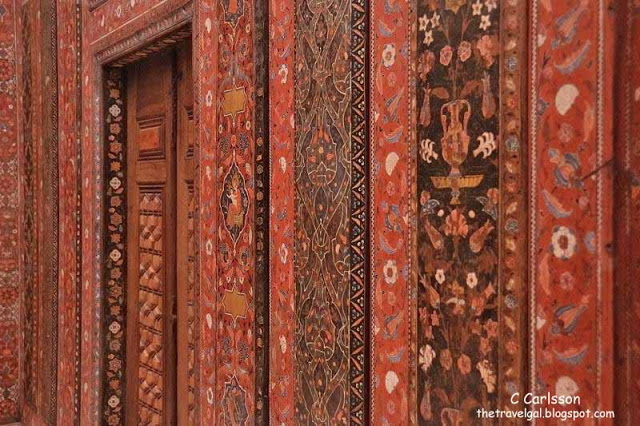 So, the Ishtar Gate is my favorite thing here, but there are plenty of reasons to make a return visit!