We really have seen nothing of Helsinki on this trip (no time), which makes me a little sad because I have found memories of the city from my college trip here. From that time, I recall a compact old city with elegant, formal buildings that looked down to the harbor. I remember the war museum guard who told us that he always knew when a Russian came to visit by the way they smelled – there was only one kind of soap available in Russia, so everyone carried the scent of that soap. I remember Kai, perched on his Dad’s shoulders, guiding us through the city after his Dad (repeatedly) found himself lost. I remember the heated towel racks in our hotel room, the first I had ever seen.

Now, from the deck of the Silja (now part of Tallink) Serenade I can see that the old city does indeed seem to slide downhill toward the harbor.

I had forgotten about the Lutheran “cathedral” that dominates the core of the old city, but of course we would have visited it when I was here before. How could I have forgotten?

Of course, it isn’t the only elegant old building here.

Like Stockholm, Helsinki is surrounded by islands, some wild, some inhabited, all enticing on such a lovely day.

I wish I were on one of those sailboats. 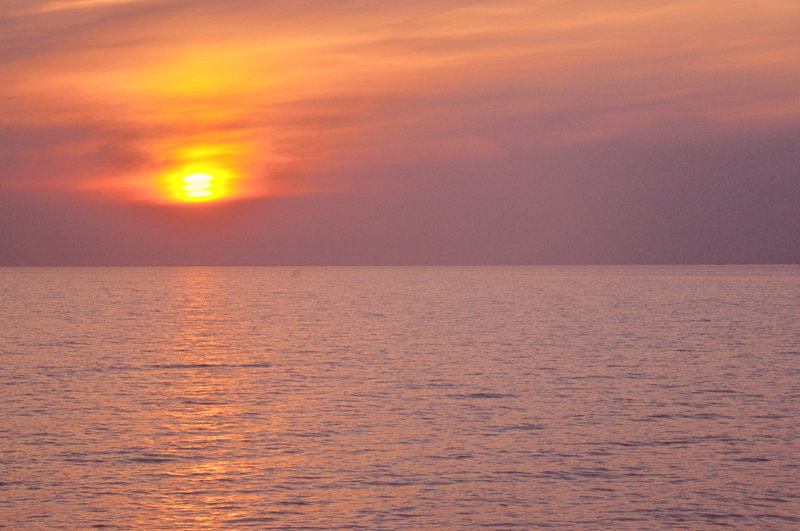 Ten minutes later, only a sliver remains below the clouds.