The Phoenix area was, of course, home to many other people before becoming a southern hot-spot for northern retirees. 2000 years ago, the Hohokam settled in this area, eventually building a large and complex community here. Today the history and culture of these ancient and largely unknown people is studied and celebrated at the Pueblo Grande Museum and Archaeological Park.

The Hohokam ruins preserved at the Pueblo Grande Museum and Archaeological Park were once part of a large village. Today trails take visitors past prehistoric a ball court and platform mound, along with gardens that attempt to replicate those of the ancient past.

It is hot out now, the sun beating down on the remains of the rock and baked clay walls that were once part of a very large village.

The people who once lived here were farmers. They depended on the waters of the Salt River for irrigation and built canals that are still visible, in some cases still in use (albeit greatly expanded) even today.

It’s hard to imagine what this place was like when it was a bustling adobe village. The dusty red soil is certainly still the same, but did golden brittle brush carpet the spring landscape then too? The mountains themselves have changed little, but what would those early villagers think of the sparkling modern tower that blocks the view of Hole in the Mountain. . . of the city easily visible around and beyond us?

Like all ancient people, we can only know the Hohokam through the physical traces they left behind. Inside the museum I examine some of these items, with the beautiful pots and a few interesting figurines holding my attention the longest. 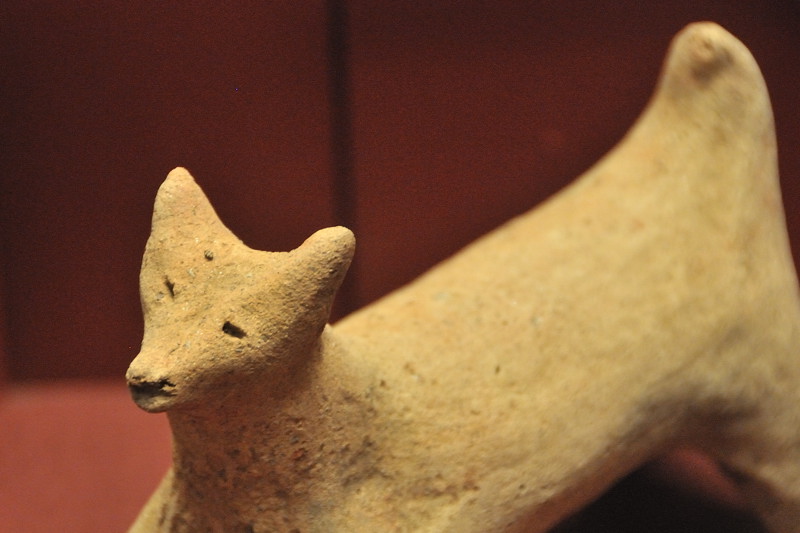 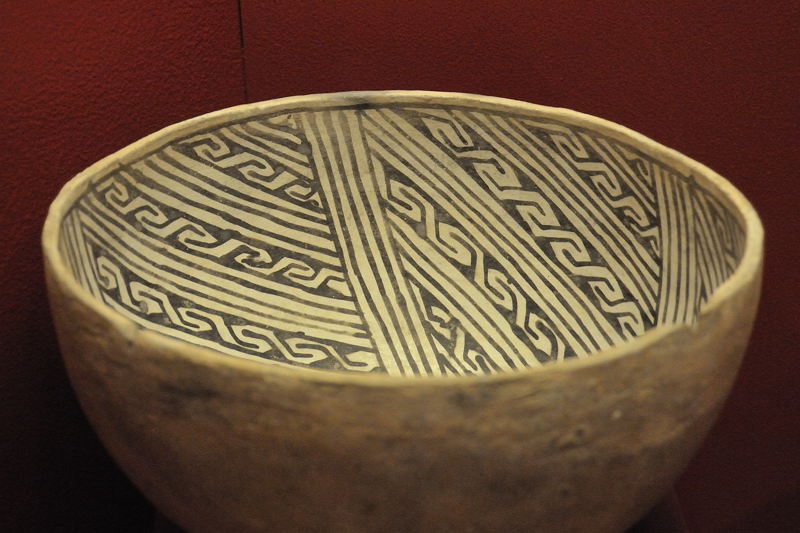 They speak of a time long ago, but the language they speak is strange and subtle, too difficult for my modern ears to really hear.

Phoenix and the Valley of the Sun< All Arizona posts