We are early for our Kenai Fjords cruise, but I’m pretty content waiting on the dock and checking out the boats.

I wonder what it would be like to live here. . .

And then we board and are off, the city of Seward quickly vanishing behind us.

I’m hopeful that the low-hanging clouds will lift, but it’s beautiful anyway and there are plenty of large windows. Even if it does rain I will be able to watch the scenery!

There is plenty of time for bird watching and I am thrilled to realize that we are surrounded by puffins. (This one is a tufted puffin.) They are adorable, but so tiny!

There are many, many birds out here. Along with the puffins, there are cormorants and clouds of kittiwakes, as well as murres and a smattering of ducks.

Of course, there are also sea lions.

The sea lions lounge on rocky ledges below the birds, bawling and snorting and barking at each other between naps.

Meanwhile, the birds on the water around us are becoming increasingly frenzied – there must be bait fish swarming here and the birds are all aflutter with excitement. 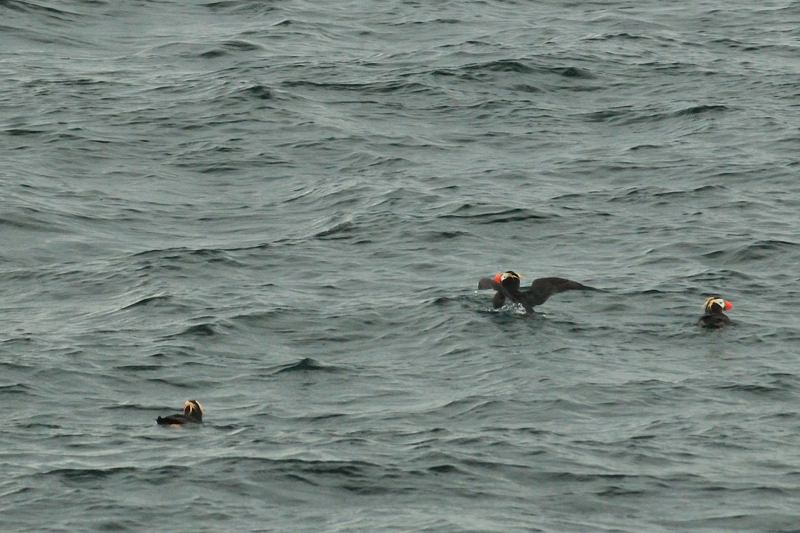 The birds aren’t alone out here as, seemingly out of nowhere, a pod of humpback whales make their appearance known.

We’ve been watching them spout in the distance, but their seemingly sudden surfacing so close is a surprise. It continues to be a surprise even as we watch them surface repeatedly – how can something so large give virtually no notice of its presence before it appears!?

We watch the pod (or maybe a couple pods) for a long time as they feed and play around us. It’s amazing.

When the whales continue on their way, so do we.

Soon we are joined by more whales, this time a large pod of orcas.

As they leap and twist in the air, I wonder what is going on in their brains. What makes them behave like this? Do they experience happiness? What do we really understand about them? About us?

While I could watch them all day, the clouds have thickened and I think we still have a lot of miles to travel today. . . after all, we have yet to see a glacier up-close.

Soon we enter Northwestern Fjord, where glaciers creep down the mountains on all sides, sculpting the landscape even as we watch.

It’s hard to describe the vastness of this landscape and the glaciers that are sculpting it, but I definitely feel very, very small in comparison.

We spend most of our time in the fjord at Northwestern Glacier.

With the engines off, the world at first seems weirdly silent. But then the sounds of the ice quickly become obvious, not just the booms and cracks as it splits and breaks apart, but also the steady stream of pops and crackles and the rush of fast-flowing water and ice. There are a few birds, joined by seals that lounge on floating ice platforms and the otters that float between them. This is a safe place, here amid the ice, where orcas fear to swim.

The glacier itself is incredibly, unexpectedly, blue. While it is the density of the ice that makes it look more or less blue, the guides explain that we are “lucky” because the ice looks far bluer on a cloudy day than under full sun.

This tidewater glacier isn’t very active today: Bits break off here and there, but they are small and almost impossible to capture on film.

None-the-less, it is mesmerizing. Where will the next piece fall. . . and how large will it be?

While this land looks primal and unchanging, change actually is occurring rapidly here.

The small bits of the glacier that we see breaking apart are signs of far more significant changes. To illustrate, the guides provide a picture taken from this spot about ten years ago.

The change is both obvious and dramatic. Frightening too, as it is only a matter of time before this landscape changes into something else – perhaps something equally or even more “beautiful,” but also something less. With the loss of the tidewater glaciers, something precious will have vanished.

The boat’s engine sounds painfully loud, but that’s what makes it possible to quickly move on, allowing us another stop to view Anchor Glacier.

Then it is off again, on a slightly different route to allow us additional views of more glaciers. . . 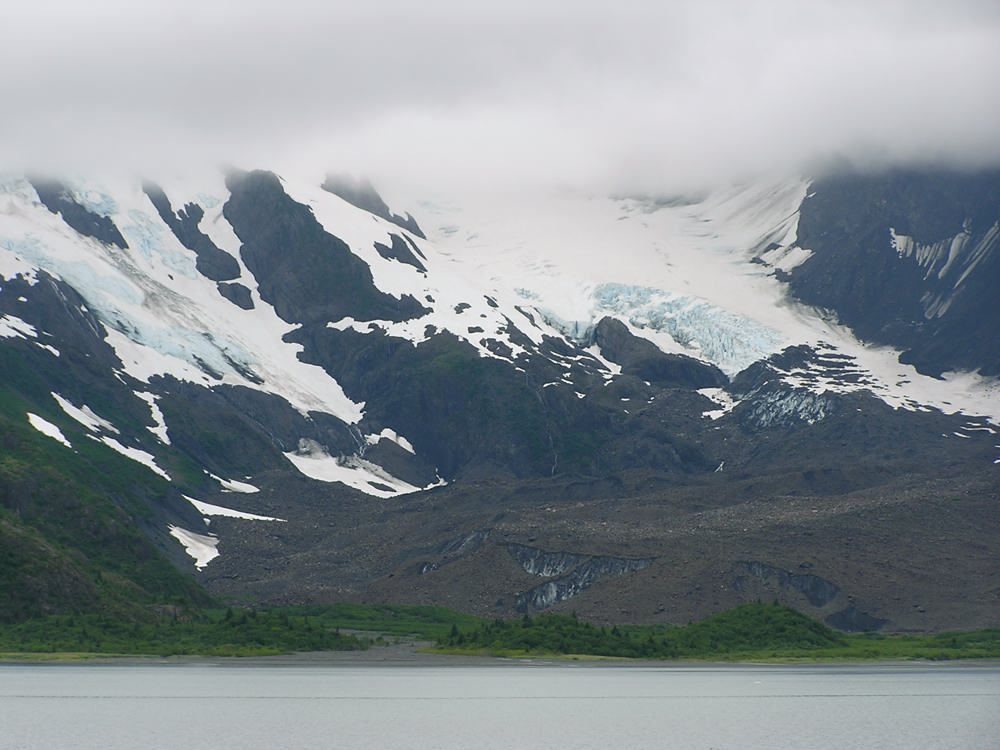 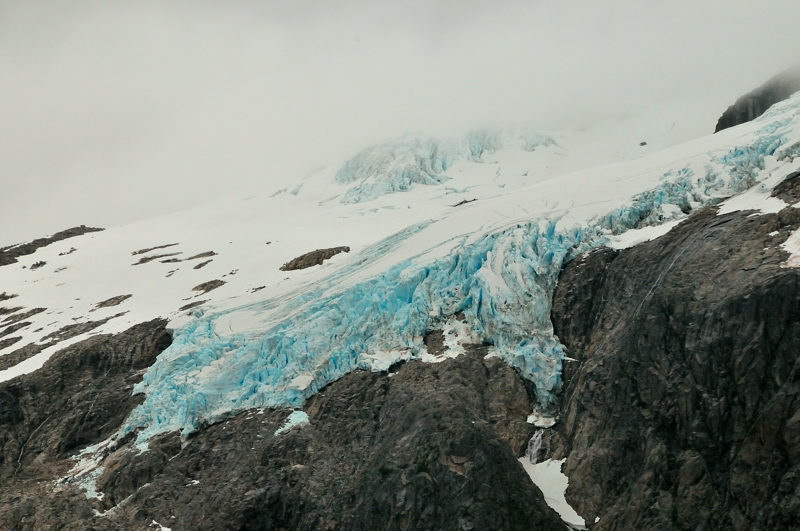 Among the birds, we spy horned puffins,

(lots and lots of kittiwakes),

and others I can’t identify or – like the murres and the bald eagle – only have really poor pictures of!

Of course, there are also more sea lions.

As we travel, a group of Dall’s porpoise follow close alongside the boat. While I can see them below the water (as well as when they leap above the surface), they are incredibly hard to capture on film.

And then, all too soon, we are approaching Seward again and the end of our day on the water.