It is only a very short walk from the Coptic museum through this old Christian area to the Hanging Church.

I think it should feel familiar, but it is as foreign and exotic as the rest of Cairo. 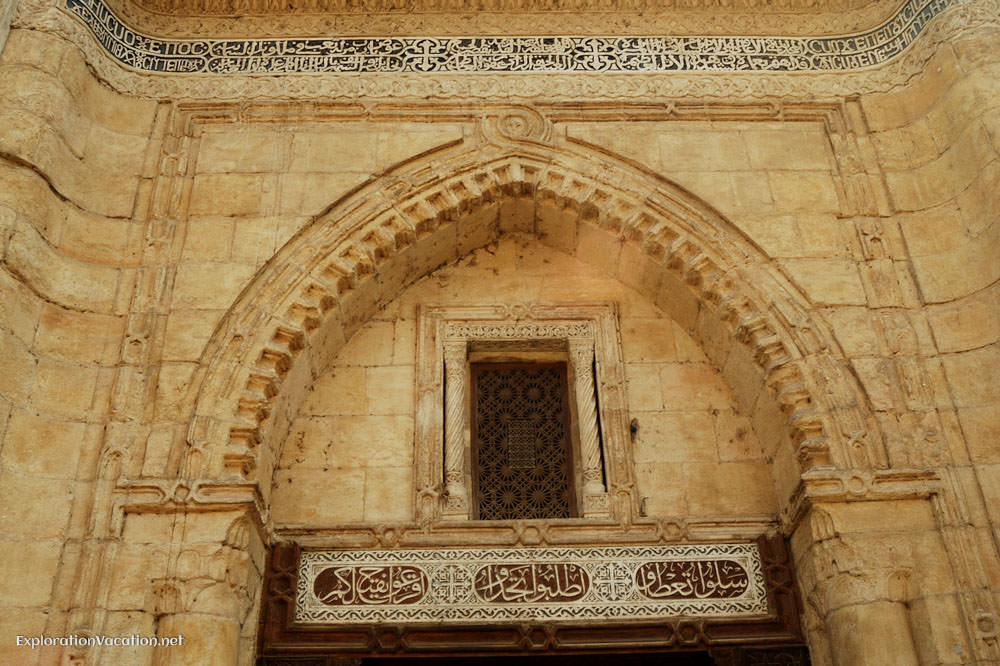 I really shouldn’t be surprised.

Islam and Christianity have intermingled in Egypt for so long that there are probably few places that do not include at least a trace of each, perhaps with some remnants of Egypt’s ancient Pharaonic past history mixed in. I am reminded of the mosques designed by Coptic Christians, the Coptic language itself with its seven hieroglyphic letters, the psalmody Coptic and Arabic psalmody. All of Egypt seems to be a wonderful mixed up salad bowl of shared history and culture.

St. Mary’s Church was built above the a gate of the 1st century Roman fortress of Babylon. It was originally suspended between the towers with the road running beneath, hence the name El-Muallaqa – the “hanging” or “suspended” church. The original church has been rebuilt and expanded a number of times since its founding in the 4th century. Today only a small portion in the remains of one tower is original. The façade and twin bell towers date only to the 19th century. 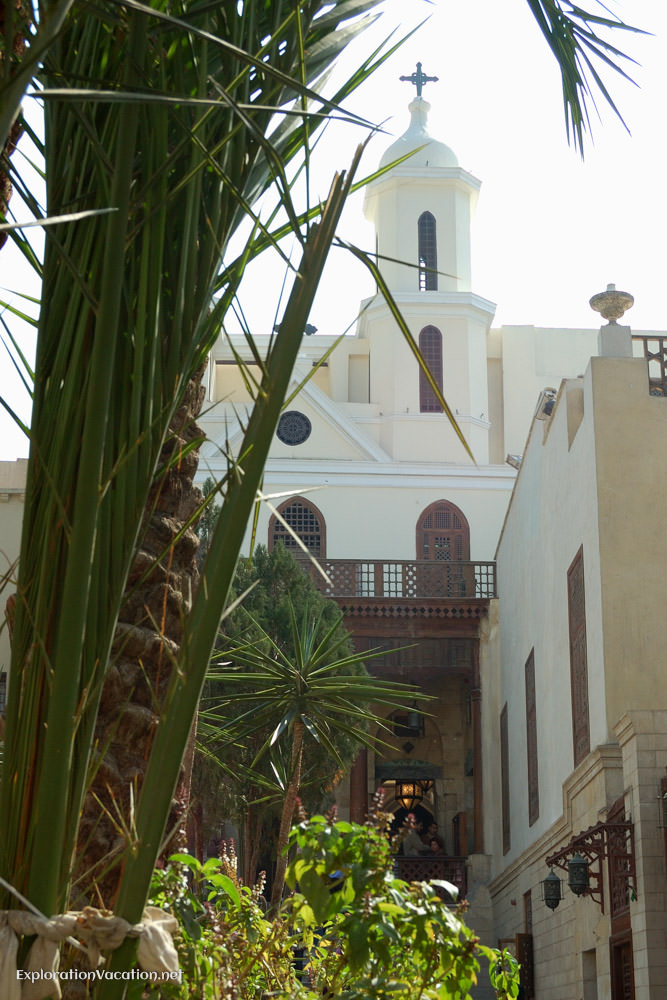 We approach the church is via a leafy pedestrian way tightly tucked between older buildings lined with modern mosaics. Although crowded, it is a cheerful space. 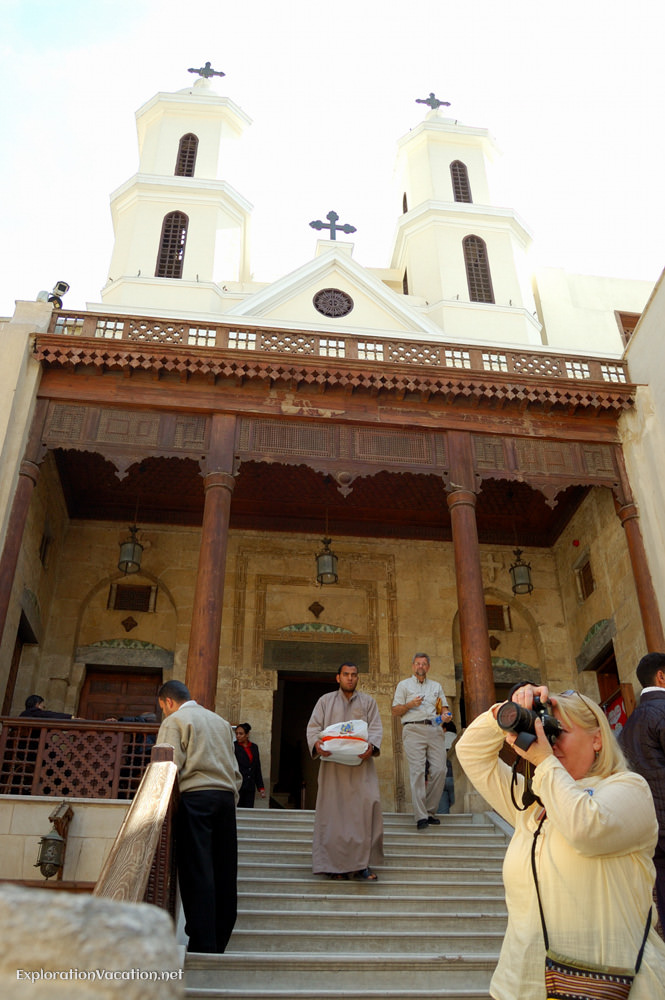 At the top of the stairs I notice little tile arches inset in the stone above the entrance. They seem odd here and I wonder what story they could tell. 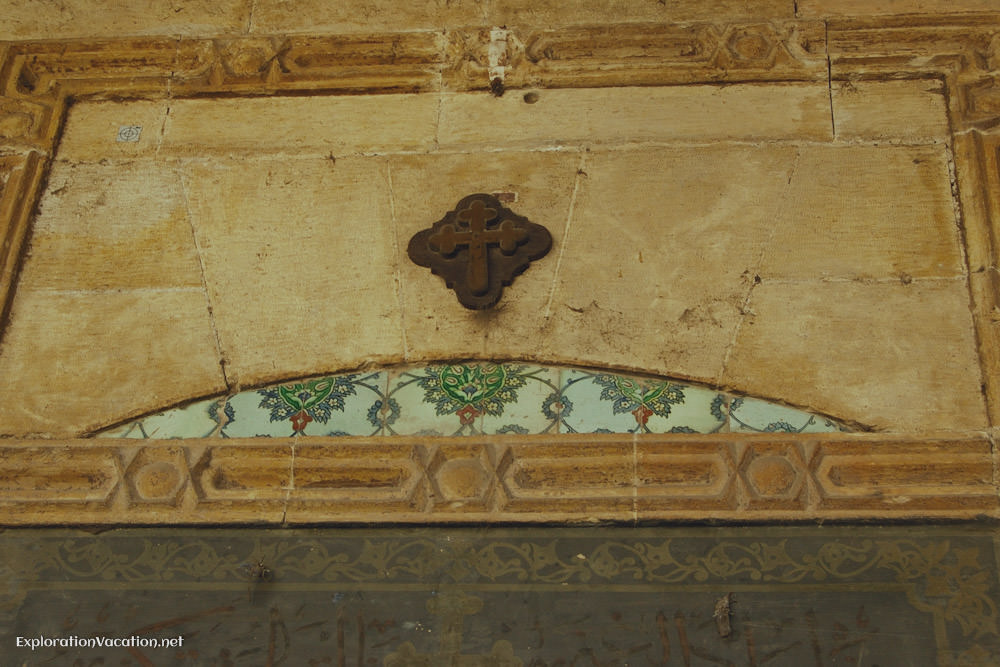 Once through the first doorway, there are stalls selling souvenirs. I hurry past and find myself in a small elaborate courtyard of carved tile dating to the 11th century. The inside of the church is visible through the slightly open – and totally magnificent – door. 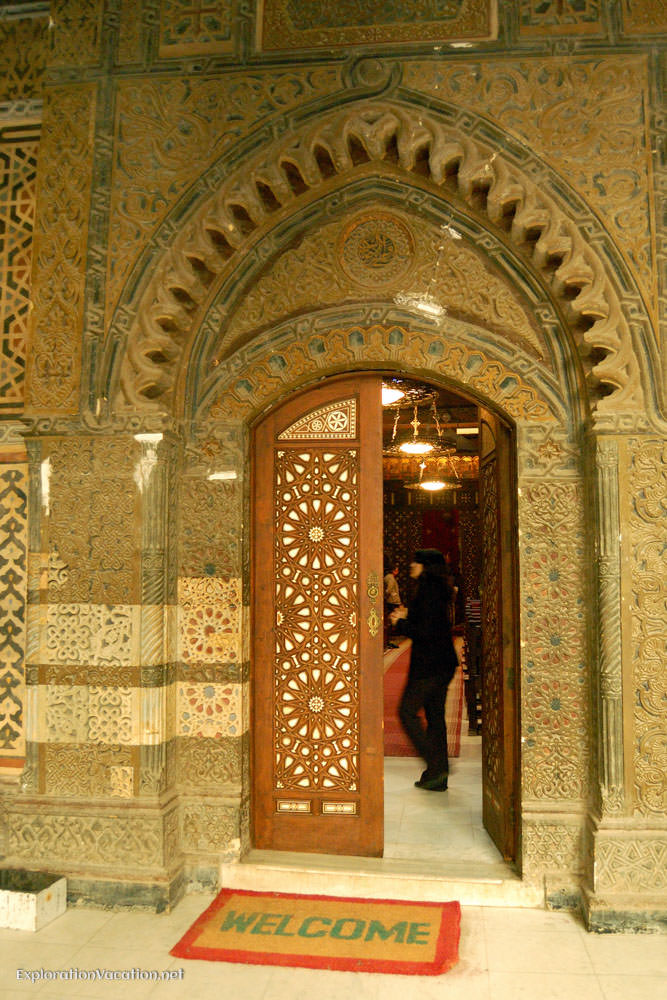 Inside, the church is of typical Coptic design, with two rows of columns and thee alters behind elaborate screens. There are gorgeous old icons covering every wall. 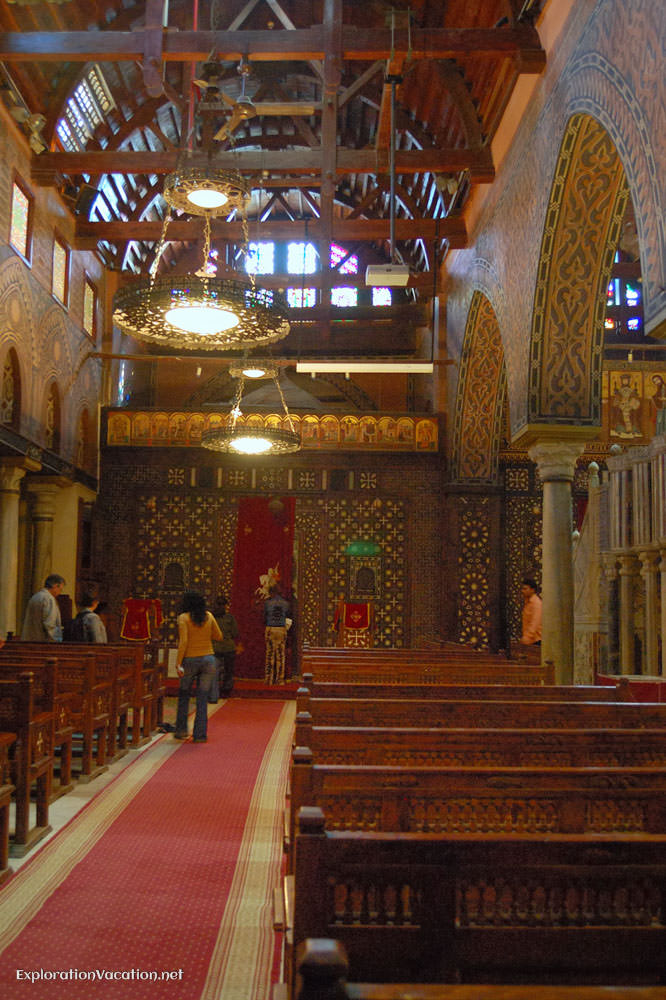 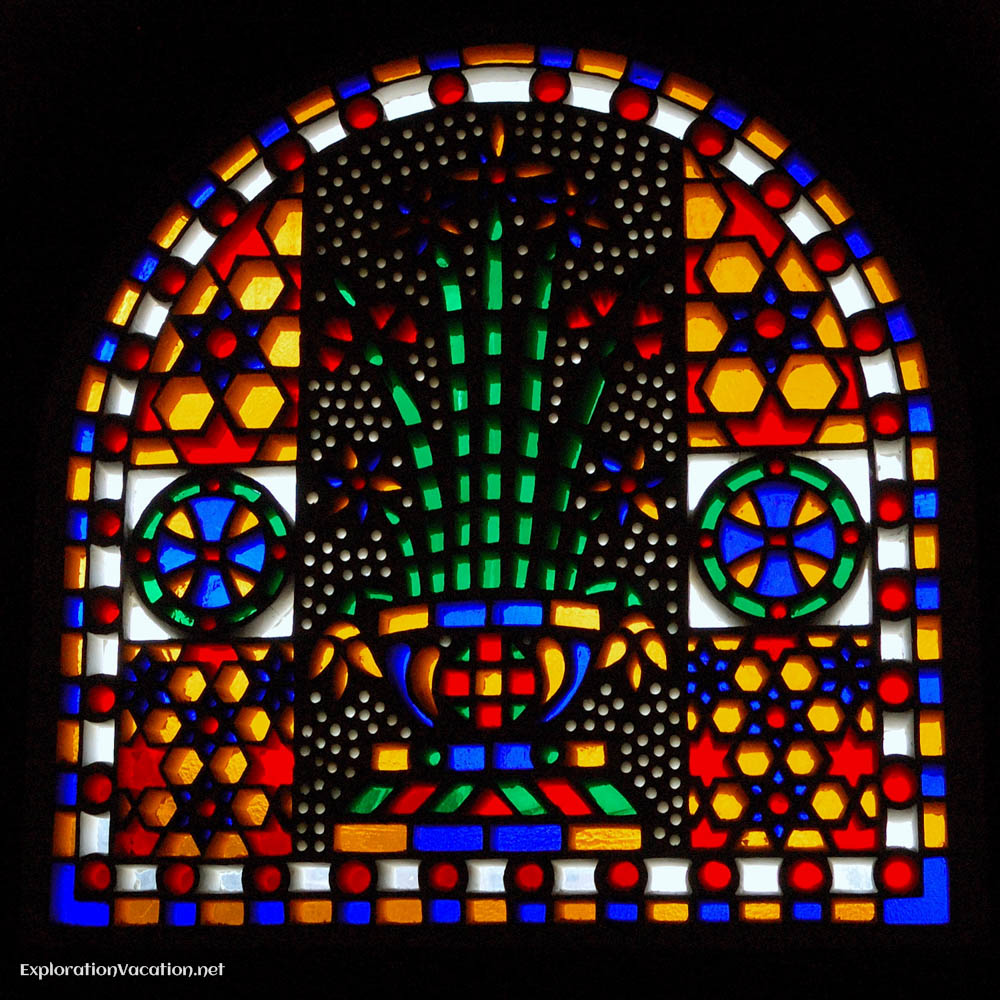 It feels ancient and exotic.

Back outside, on the balcony by the door, I have a wonderful view of the Church of St. George. 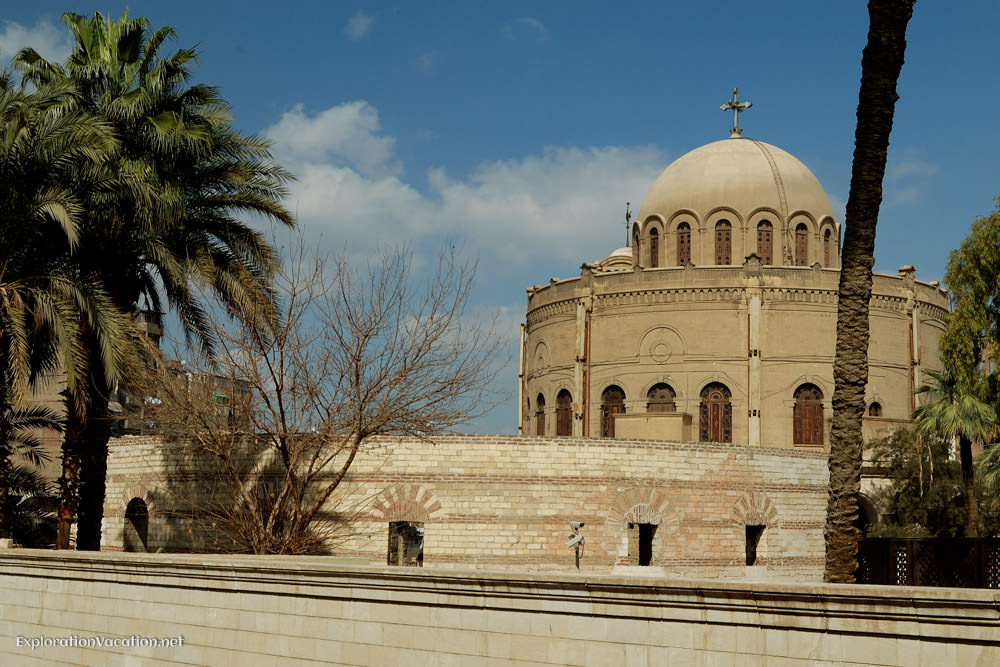