Despite the size of the fortifications, the complex is dominated by the Mohammed Ali or “Alabaster” Mosque. 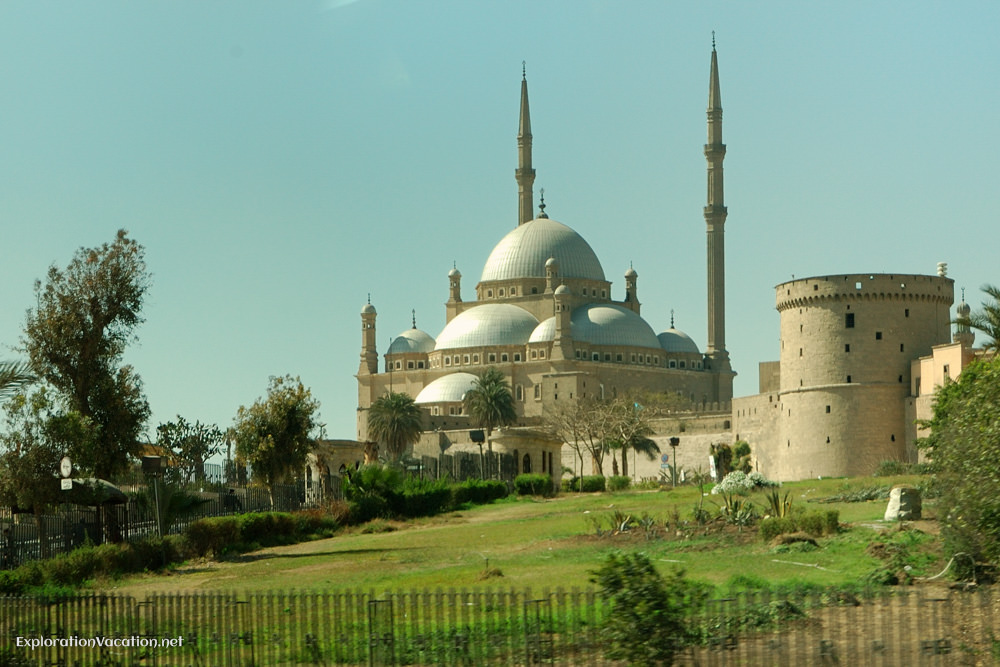 Not that the Alabaster Mosque is the only intriguing structure here. There are several other mosques located within this complex as well, including the Mosque of Nasr Mohammed with it’s distinctive tower. 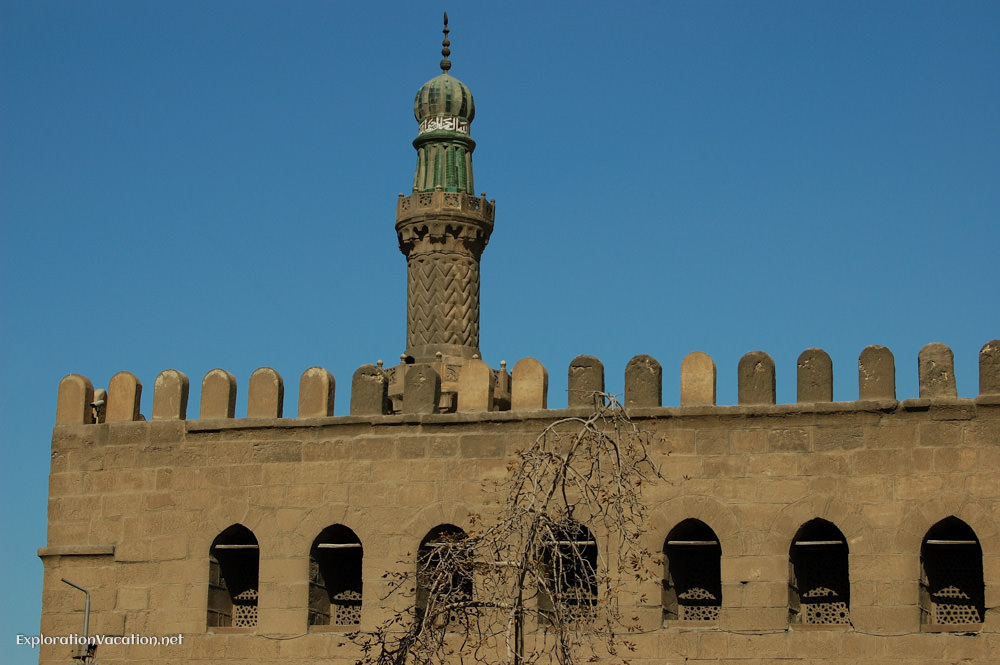 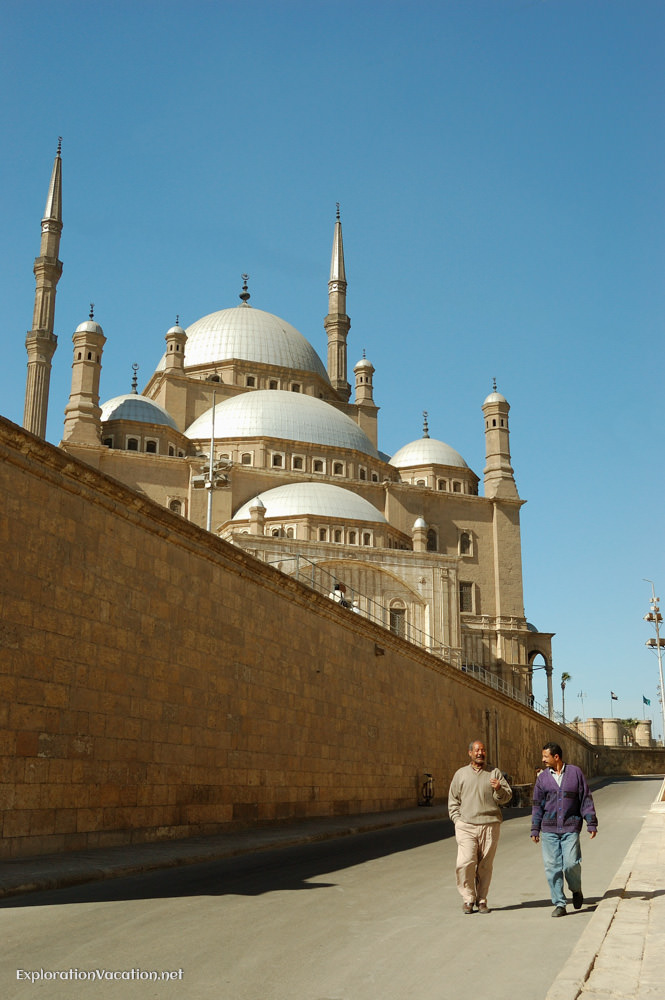 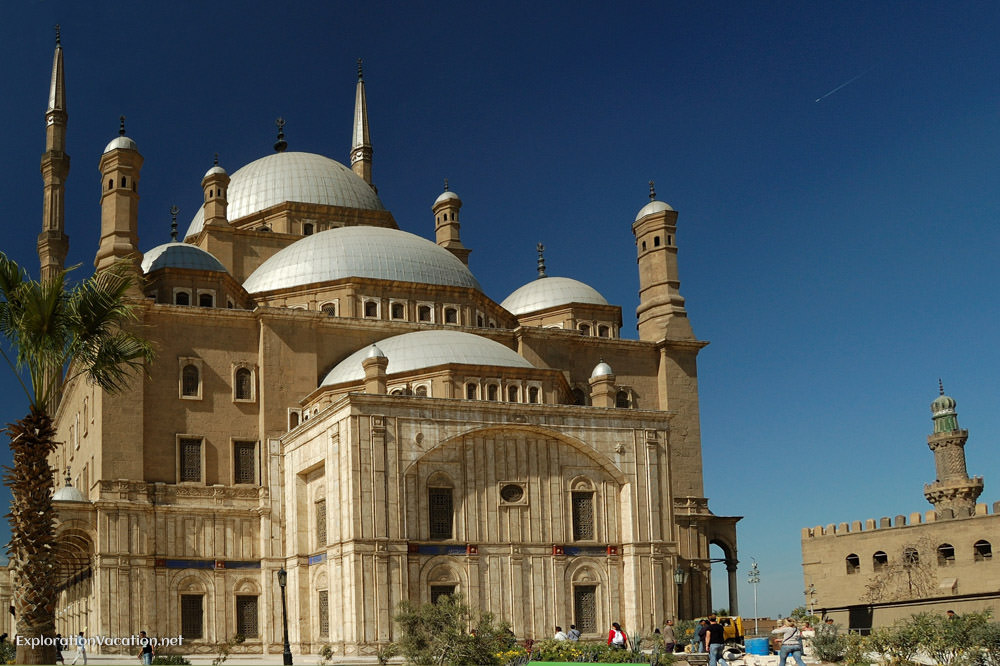 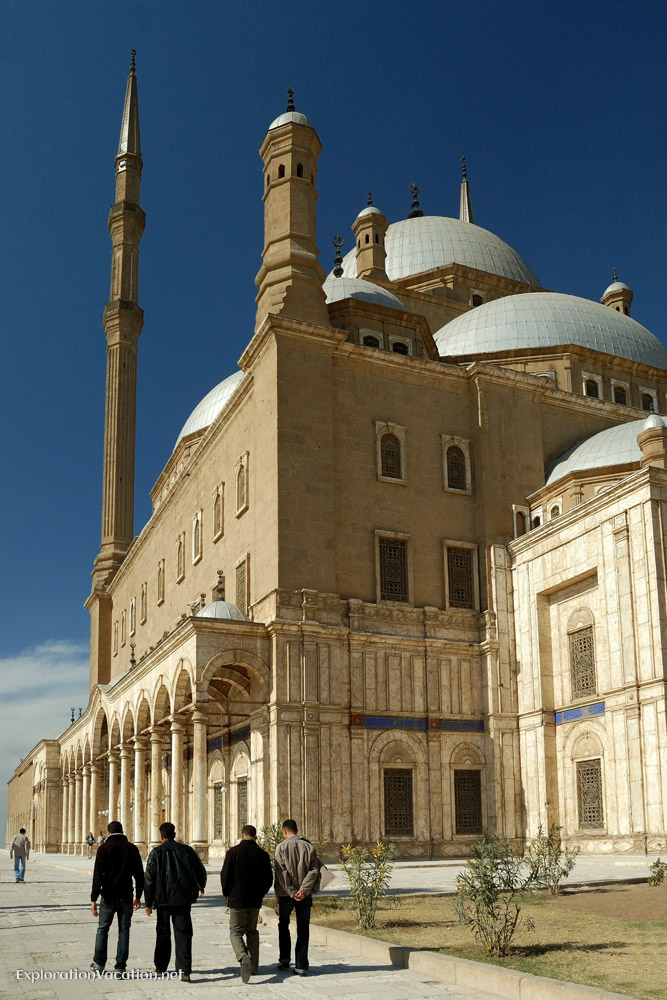 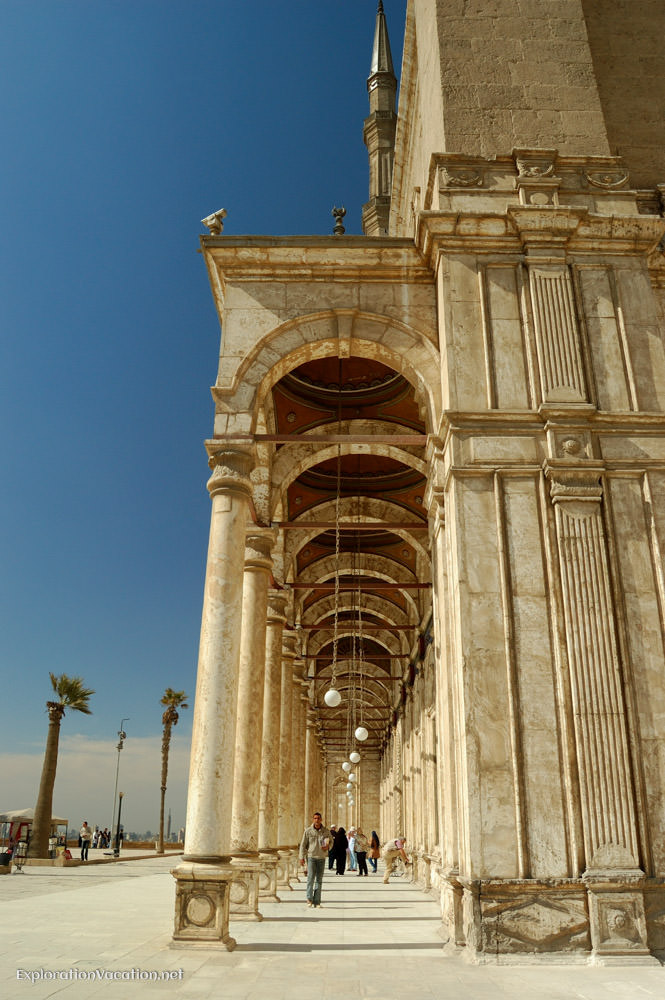 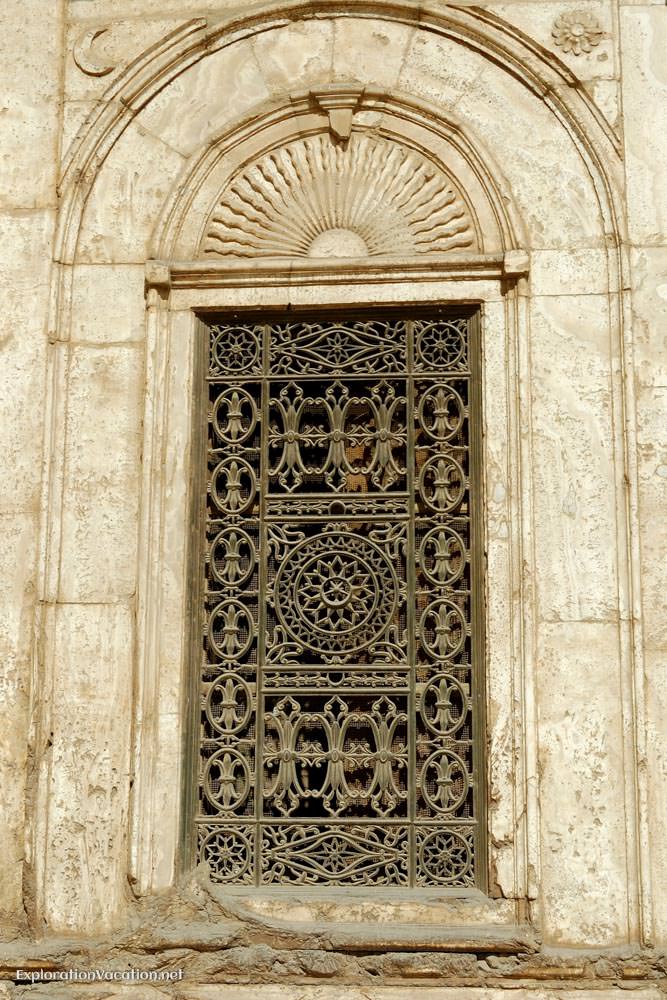 The courtyard is a lovely space, but I am simply awestruck as I enter the sanctuary. 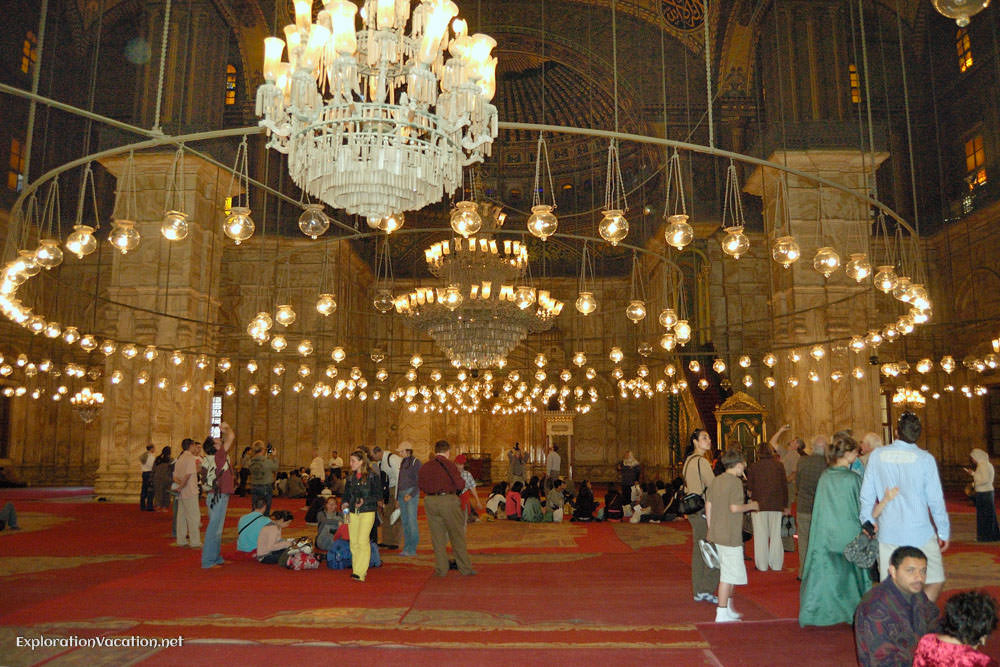 It isn’t until I enter the room that I look up far enough to see that the interior of the domes towering far above are gorgeous, carefully painted in lovely colors and stunning detail. 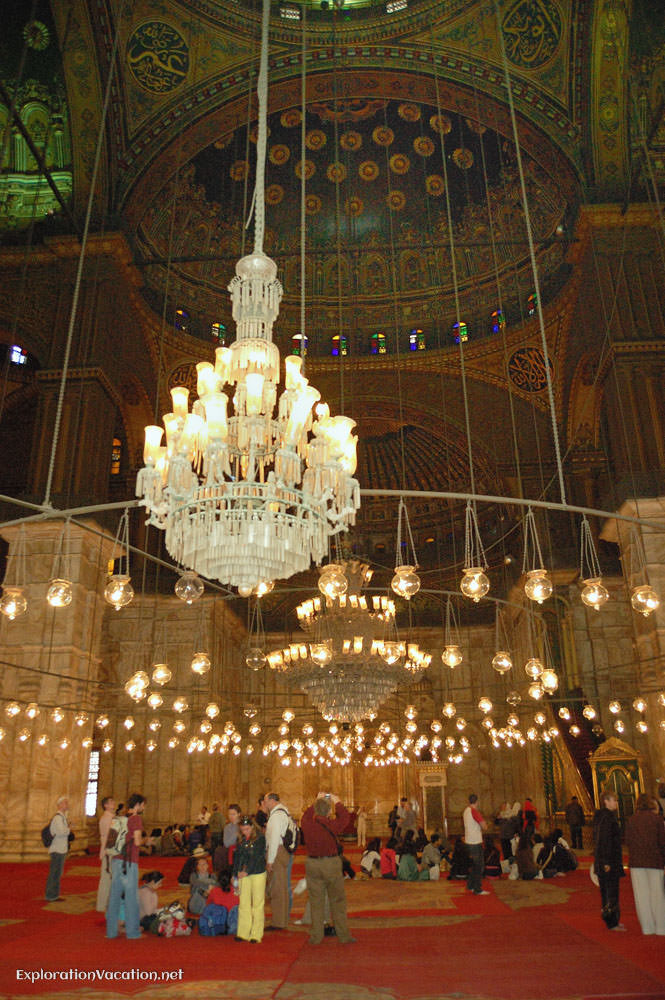 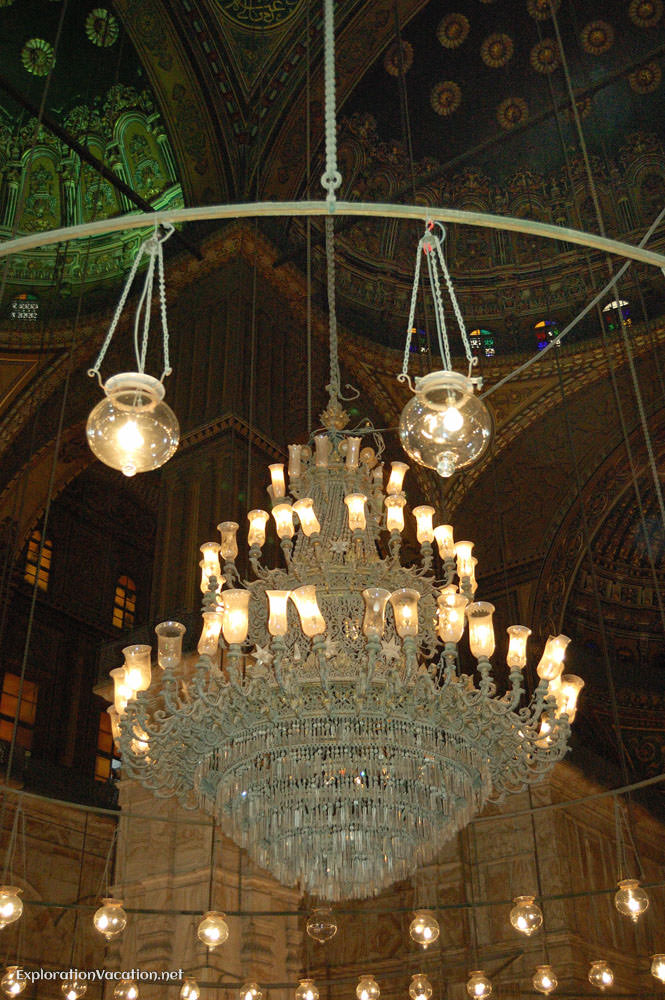 There is an elaborate mausoleum containing the body of Mohammed Ali tucked into a corner of the mosque. Unlike the rest of the room, this corner is dark and the mausoleum seems almost to be cowering in its shadowy corner. 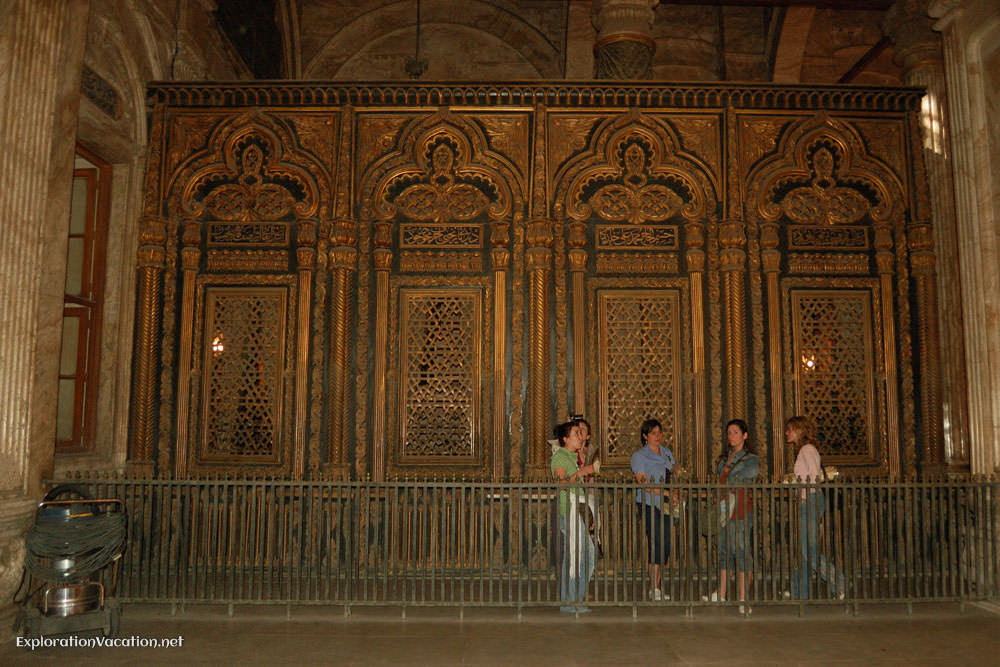 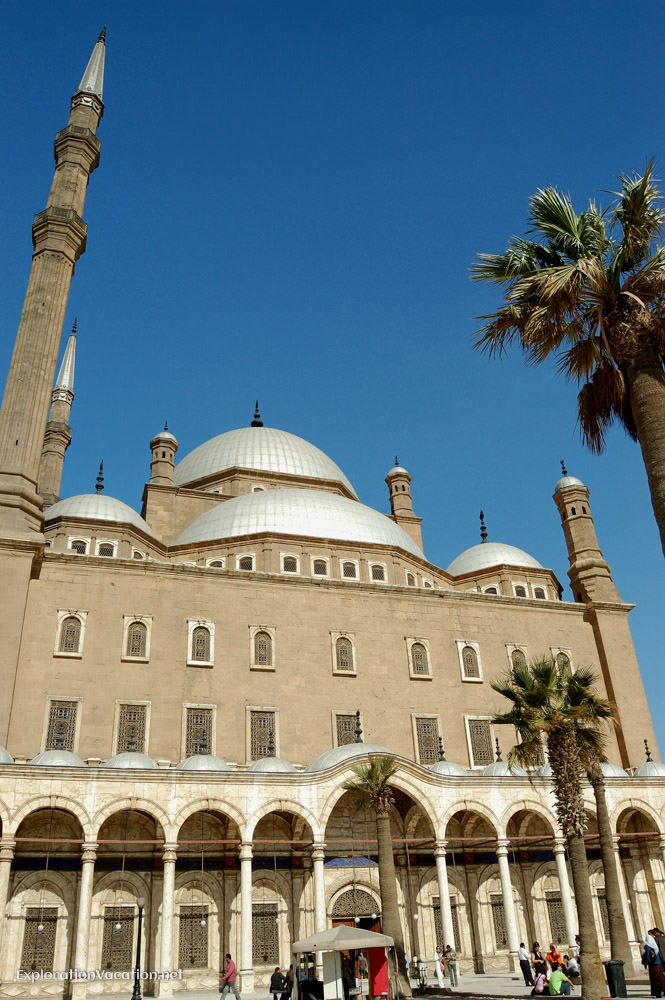 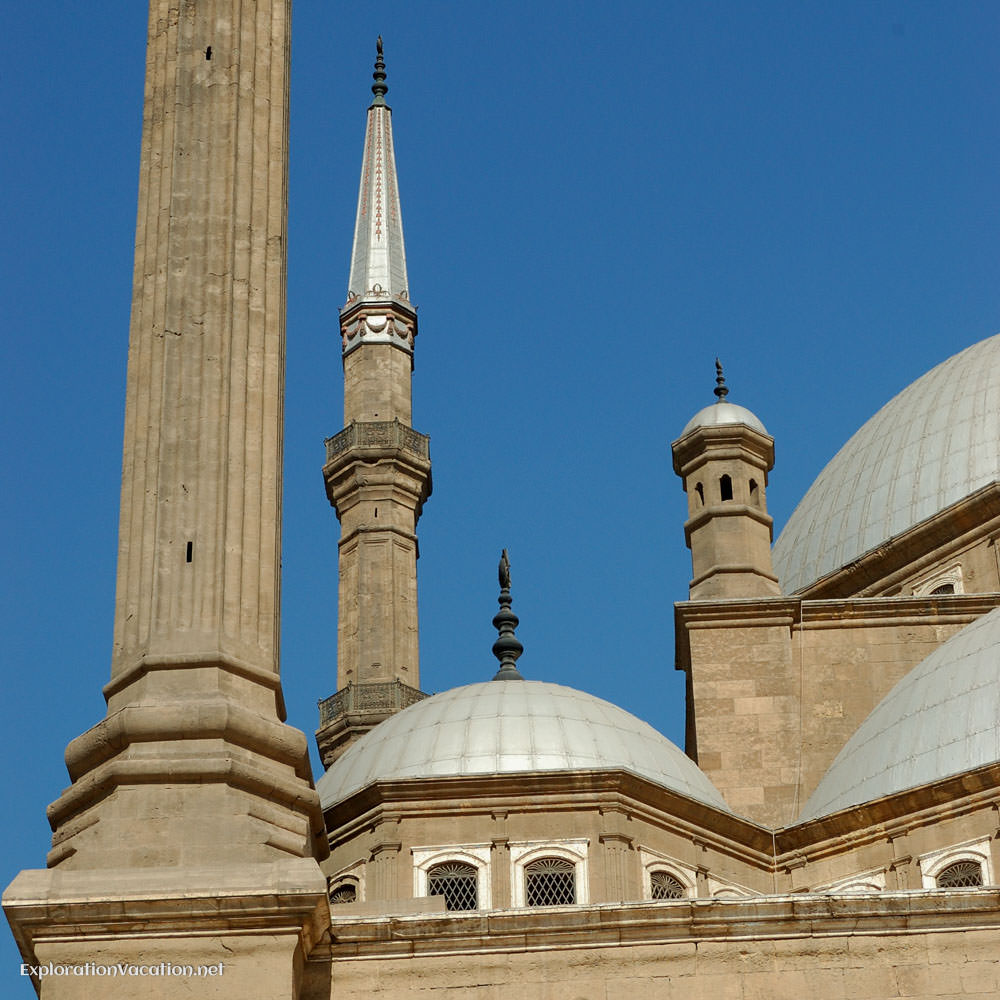 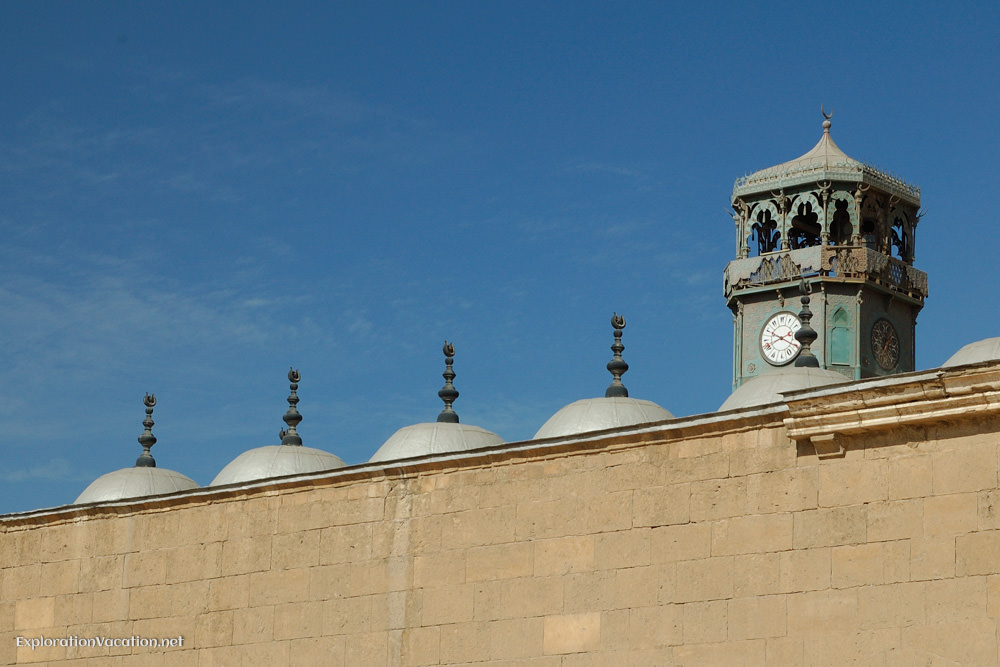