The temple at East Mebon sits in the midst of what was once a large reservoir built to provide water to a new city. At that time, it would have seemed to float above the surface of the water.

Today this 10th century this temple may be best known for it’s eight carvings of elephants, each huge beast carved from a single stone.

The outermost terraces are collapsing and slightly overgrown. 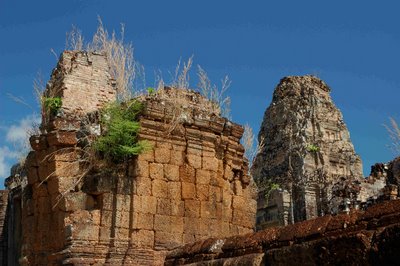 Inside the complex, however, there are the usual shrines, blind doors, carvings, and elaborate towers. 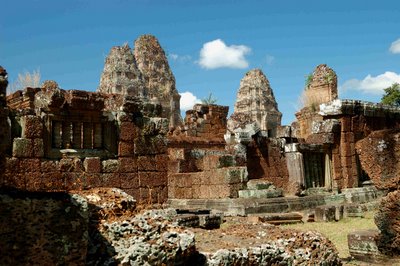 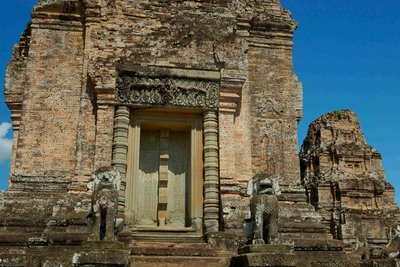 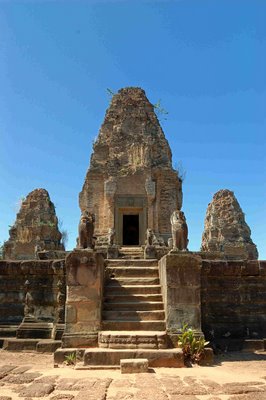 But there are also ghostly figures carved directly into the brick walls.

Knowing that these carvings served as the base for highly detailed plasterwork makes them no less intriguing.